There's No Feet Nibbling When Your Kid Is A Teen 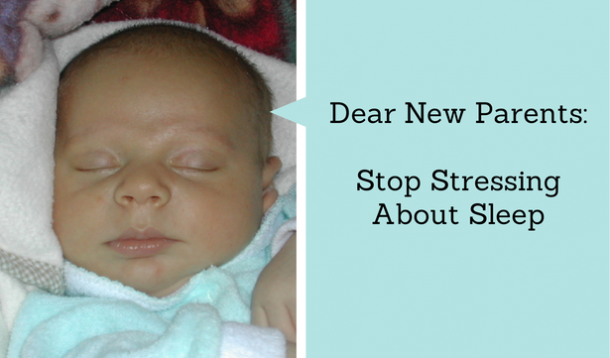 Now that my kids are older, I have the ability to look back and realize there are a few things I completely stressed out about when they were younger that, in retrospect, I probably shouldn't have. These are the things that pretty much every new parent stresses about. Things that you may be stressing about right this very second.

Thankfully, along with older children, I now have this wonderful thing called perspective. I also have a whole new slew of problems that aren't covered in parenting books. Like where to buy the most band-aids at the cheapest price, because my son has decided he wants to be a pro scooter rider when he grows up. This makes me laugh, as I remember all the time I spent putting protective covers on the corners of coffee tables when he was a baby.

So, new parents who are just starting your journey in parenthood, these next few posts are for you.

From the time your baby is born, your life revolves around sleep. How many hours should my newborn sleep? When will he sleep through the night? Is my baby sleeping too much? Why is she giving up her nap so soon? I need her to nap!

Now that my older son is almost a teen, these questions have turned into, When will he ever wake up? Is he going to sleep his whole life away? ​and Will you please change out of that robe? It’s 1:00pm. Who do you think you are, Hugh Hefner?

In the early days, right after my son was born, my husband and I used to fight over who would nap with him. This sounds like we were incredibly devoted parents, but it was mostly due to the fact that it meant one of us got to lie down and sleep while the other person had to do chores around the house.

But as time moved on and our son got older, his sleep at night got better, which meant my sleep at night also got better, which meant that during the day I was more awake and wanted to do stuff while he napped instead of napping with him. Stuff that wasn’t laundry or dishes or cleaning. Stuff like talking to my friends or showering or reading a book that didn’t have the words “What To Expect” in the title.

I remember one time in particular, he was 10 months old and simply wouldn’t nap. Each time I put him in his little crib he would cry. So then I tried putting him on my chest because that always worked, except apparently not, because each time he would lay his head down like he was snuggling in for the long haul, seconds later it would pop up again, a big grin on his face, his giggles almost contagious. Almost, but not quite, because I was so stressed out about getting him to take his nap so I could do STUFF, I wouldn’t allow myself to enjoy this moment with my happy, giggling baby. What I should have been doing was smelling his sweet head and taking it all in. You know what my son does now when I try to smell the top of his head? He pulls it away. These are the things they don't tell you in parenting books. You need to take advantage of the time when your child has no control over his neck muscles.

I get it. You’re sleep-deprived and sleep deprivation makes a person crazy. Like hallucinating-wearing-two-different-coloured-shoes-can’t-find-your-glasses-that-are-on-your-head crazy. It’s hard to step back and look at the big picture when you’re looking at the clock wondering WHEN IS SHE GOING TO SLEEP OMG I HAVEN’T HAD A SHOWER IN 13 DAYS? But if you can, try to enjoy those little moments.

As someone who has been through this, believe me when I say sleep will eventually come and there will be a time when you won't be living on coffee and hope. So take the time now to smell the sweet smell of your baby’s head or nibble those cute baby toes, because trust me, if you try it when you go into your 12-year-old son’s room to wake him up at noon on a Saturday, he’s going to think you’re certifiable.