A fun enough show, but Where were the great risks of Oscars past? 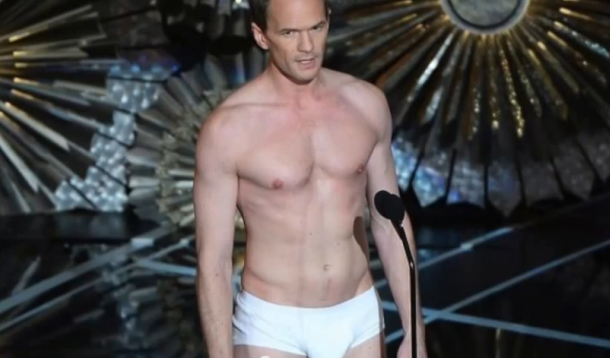 I spent a lot of hours on the 87th Annual Academy Awards, and here, as a movie lover, is what I can recommend: It’s well past time to stop playing it safe and stop apologizing for who and what the Oscars are about.  It’s millionaires awarding other millionaires for highly subjective work. And we love it! And it’s OK to love it. The bland pantomime of recent ceremonies (nobody weird gets invited anymore, except John Travolta, and I’m betting his invitation is on the bubble), nobody wears anything outrageous anymore (Swan dress! AmEx dress! How we miss thee.) and it’s absolutely certain that nobody says anything outrageous anymore, from the red carpet to the host to the acceptance speeches. The closest we got was Patricia Arquette’s blast about wage equity in her acceptance speech.

Cinema is art, so when did a community of possibly the best-paid artists in the world become so lame, so staid, so afraid?
It was a lot of invested time and a lot of Junior Mints, and there were still some very bright spots in the ceremonies last night - so here are my favourites.

Host Neil Patrick Harris really showed off his Broadway chops in the opening number, backed by an incredible background screen (how long before I can get one of those in my house?) The number had just the right amount of ham, sass, humour and reverence. He’s taking an Internet beating for his hosting skills but it’s really, really hard to be an engaging host when you are reduced to “That was…this is” for the majority of the night.

Tim McGraw’s performance of “I'm Not Gonna Miss You” from the Glen Campbell documentary I'll Be Me was simple, beautiful and moving. It was the first moment to get the waterworks from me.

NPH’s recreated tighty-whiteys walk (borrowed from Birdman) took an absolute pantload of courage, as it did for Michael Keaton as well. Nice balls, gentlemen. But that was it as far as fashion risks went.

Common and John Legend’s moving performance of “Glory” from Selma brought the house down (and then up, for a standing ovation) in an incredible moment that called all the attention needed to the lack of diversity in the nominations.

Lady Gaga’s gorgeously sung tribute to The Sound of Music, followed by an embrace from Julie Andrews, was a beautiful moment and it made me tear up again for all that movie has meant in my own life. It would have been nice to have more of the cast together for the celebration.

Graham Moore’s acceptance speech for Imitation Game was honest, unguarded and inspirational. (Note to the weird kids: it gets better. And you can always start a blog.)

A few of the surprising moments:

Dakota Johnson seems to be bored by life. I haven’t seen 50 Shades yet but if her interview and presentation skills are any indication, she may want to save some of her parents’ money. She may be taking her cues from Eddie Murphy, who seems so unimpressed to be anywhere in public right now (see his lacklustre appearance on the SNL 40th special) that every time I see him, I wonder why he’s even out.

They let Jared Leto have the best Meryl Streep joke of the night - unless he made that one up himself? It might have been divine intervention.

And a few things I wondered while watching:

Where the hell can I actually SEE a short film? This year’s nominees all looked really interesting.

Why have they lumped in the Lifetime Achievement Awards elsewhere? I would have liked to see Harry Belafonte get that award live on TV. Poor, poor technical and old folks - shuffled off to the clip reel.

When Gwenyth appeared to do her presentation, I immediately wondered if she was sporting a freshly-steamed vag.

My nearly irrational hatred for Sean Penn (I don’t like his personal behaviour and I find him hard to watch on screen) marred the Best Picture award for me, but fortunately Alejandro Inarritu made up for it with his font of gushing gratitude.

It was still a fun night for me. What did you like (or hate) most?

A complete list of the winners can be found here.

What is "Still Awesome," Alex? 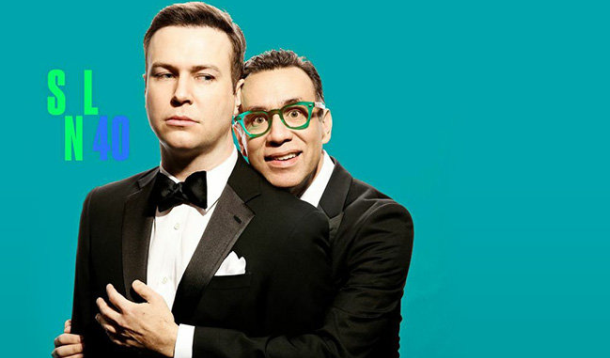 This thing - this party show celebrating SNL had everything - retro sketches, star-studded cameos…even a Bass-o-Matic. (It’s that thing…where they puree a fish…in a blender.)

The Saturday Night Live 40th Anniversary Special was just about the best show they’ve ever done, in a sweet spot of nostalgia tinged with comedic edge.

It’s time for all of these shows to roll up the red carpet and keep it in the warehouse in the back. The same fawning, inane questions from “reporters”; the same pasted-on smiles that are barely hiding the “this-is-such-a-dumb-thing-to-have-to-do” from the celebs. The Red Carpet is from an era when we didn’t see as much (or too much) of celebrities on a daily basis, and it was an actual thrill to see them all dressed up or perhaps hear an off-the-cuff remark from a favourite star. Like the studio contact system and summer-long blockbuster hits, the carpet is a charming thread from yesteryear that is looking awfully threadbare.

Why we want red carpet interviwers to #AskHerMore

The SNL Anniversary Special, by sharp contrast, was non-stop fun. (Maybe they should ask Lorne to run the red carpet specials.) From the opening catchphrase rap from Jimmy Fallon and Justin Timberlake to the sweet, business-as-usual close with the cast on stage, including pulling up what looked to be a genuinely emotional Lorne Michaels, the show was right, tight, and most importantly: funny.

A few of the best moments:

And for those who may recall that SNL was kind of the Paul Simon show all through the 1970s, Miley Cyrus KILLED with a cover of “50 Ways to Leave Your Lover”:

There have been some notable fake commercials over the years, but they chose my absolute favourite (which just gets funnier when you become a Mom):

A few of the draggier bits:

Eddie Murphy seemed both uncomfortable and unhappy to be in Studio 8H after an overly fawning introduction from Chris Rock. And then they didn’t use him for anything. Very disappointing.

The Californians, which was never one of my favourites, was saved entirely by Betty White, as so many things are. They should have asked Taylor Swift to sing, not act.

The musical number finishing with the Blues Brothers (now Jim Belushi and Dan Akroyd) fell a bit flat, and since they mixed in old clips with their live effort, could have finished with the tape rather than what looked like old guys in fedoras shuffling.

But the night quickly redeemed itself with the Wayne’s World revival, complete with a reverent but still funny Top Ten list. The sketch made me giggle like the 14 year-old girl I was when Wayne & Garth were my dates for Saturday night. And for possibly the first time, I was proud to have resembled Garth Algar (just a bit) in my youth.

Thanks for the great show, gang. I wish you 40 more years of Saturday nights.

Romantic, Platonic, However you want it, here are flicks to suit your mood 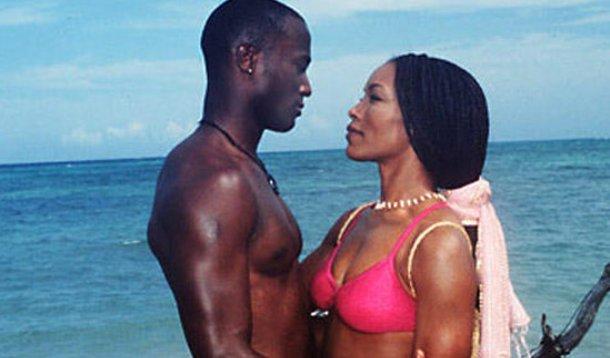 When all of the perforations have been torn, the candy hearts bagged, and you turn your mind to more grown-up versions of Valentine’s Day while shaking glitter out of your hair, staying in may just come to mind.

Full disclosure: I have never enjoyed V-day. It’s on my list of “fake holidays that aren’t really a holiday but I have to do a bunch of stuff to pretend to celebrate.” I never enjoyed the pressure of it, right back to paper mailboxes and choosing the right pre-printed Valentine phrases to either encourage or discourage potential paramours (which is probably why the "I Love Lisa" episode of The Simpsons is my favourite V-Day tale).

I do enjoy love, and think it should be celebrated year-round, so here’s my list of great movies that celebrate love - of all kinds. And a few that celebrate the sisterhood instead, just in case it’s one of those years.

I Love You, High School English

Whether you want to feel like you’re cramming because you didn’t read that whole Shakespeare play like you were supposed to and the midterm is tomorrow, or you were an English major, these versions of the Bard’s romances range from pleasant diversion to three-hankie weepers:

Can Kids Even Understand Shakespeare?

Much Ado About Nothing: try the 1993 version with Emma Thompson and Kenneth Branagh (and the worst performance Keanu Reeves has ever given) for period feel, or the 2012 version by Joss Whedon for a film school feel.

Romeo and Juliet: Baz Luhrman’s version, hankies down, every time. It’s perfect. I remember seeing it in the theatre and being so invested and crying so hard I just had to sit quietly after the credits rolled to compose myself. Hubs swears he was so invested he thought that it might turn out differently at the end.

A Midsummer Night’s Dream: 1999 version with Stanley Tucci as Puck. Sometimes it feels good to believe faeries may be interfering in your love life. This play also spawned the adorable quotation you see everywhere right now: “…though she be but little, she is fierce.”

I Love You, Exotic Locations in the Middle of Canadian Winter

Mama Mia: The musical farce soaked in ABBA is a silly romp about Meryl Streep getting her groove back, filmed on the Greek island of Skopelos, and features teal blue ocean waters, sun, and pretty much everything February in Canada is not. 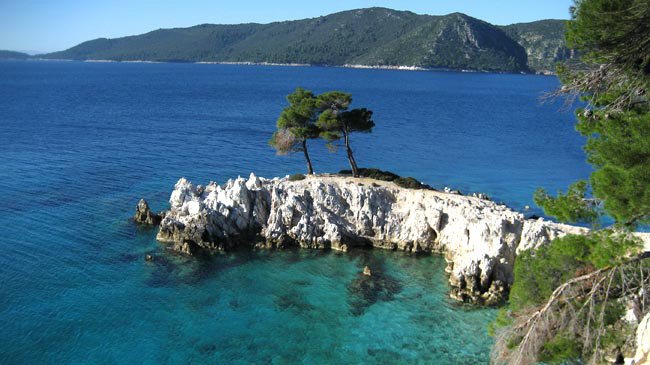 How Stella Got Her Groove Back: I could recover from just about anything in Montego Bay, heartbreak included. Hot island boyfriend qualities/quantities may vary IRL.

French Kiss: If you have never seen this overlooked rom-com gem with Meg Ryan and Kevin Kline, it's just funny enough to excuse how adorable it is, and the globe-trotting plot featuring Paris and vineyards is swoon-worthy scenery.

Gone With the Wind: Clark Gable could heat all of Canada with the steam he generates with Vivien Leigh. And an outfit made from velvet drapes makes way more sense this time of year.

I Love You, My Sisters

Outrageous Fortune: Bette Midler and Shelley Long team up in this women-scorned adventure that is the cool older sister of the current raunchy  female buddy comedies.

Sisterhood of the Traveling Pants: Because who doesn’t want to believe in a magical pair of pants that fits everyone in a way that is flattering to their behinds? Oh, and friends. Ya gotta have friends.