Spend Some Time With: Kurt Russell

Out of Movie Night Ideas? Try these.

Spend Some Time With: Kurt Russell 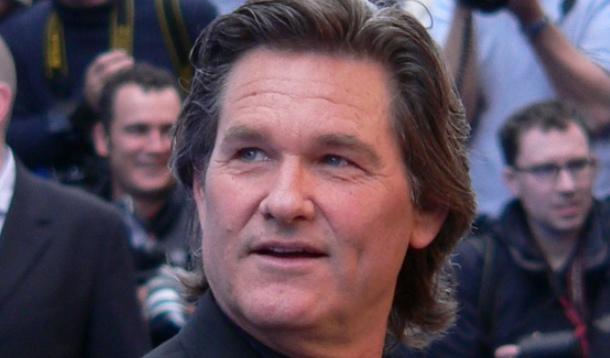 What to do when you’ve already binge-watched your way through your latest obsession, seen every kids’ movie available and you are just plain out of ideas come movie night?

Check in here! We’re whipping up a little series called Spend Some Time With that may remind you of old favourites, uncover hidden gems, or at least give you a few refreshing ideas to go with that popcorn.

Depending on your age, Kurt is: a teen idol, a handsome leading man, a crazy action star, or a grizzled cowboy/cop/father. All of these things are true of Kurt Russell, and his long and varied career makes a great, eclectic viewing list.

Teen Idol Kurt
Like so many of our young stars today, Kurt started out in the Disney film system, and turned out some wacky ‘60s adventures.

The Computer Wore Tennis Shoes (1969)  Built on a way-out premise that Kurt’s character, a problem student about to cost his school everything at the college he attends, he mind-melds with a computer and becomes a hero. Suitable for viewing with your kids and teens, this is a great history lesson (Mod! Turtlenecks! Beatle Boots!) and still enjoyable.

Action Kurt
There comes a time when adorable teen stars have to grow up and make their mark, and Kurt chose a series of action and sci-fi roles that cast him as a reluctant (though still handsome) leader.

Escape from New York (1981): Set in the bleak and horrible future of 1997(!) Kurt is Snake Plissken, convicted bank robber, who is recruited for a rescue mission when the President crash-lands on the prison island of Manhattan. And of course, there’s an eye patch. Suitable for viewing with teens, has some violent scenes, because: bleak and horrible future prison. If you like it, seek out the sequel, Escape from L.A.

Big Trouble in Little China (1986): Impossibly hard to describe, let’s just put this one in the adventure category. Kurt is Jack Burton, a truck-driving wanderer who gets way more than he bargains for when he stops in to see a friend in Chinatown. This John Carpenter film is a beloved cult classic, but the key word there is “cult” - it’s a weird story but has some snappy writing, a bit of romance, and a very young Kim Cattrall as a scrappy lawyer. If you have two hours to gamble, it’s worth the very strange trip. Suitable for tweens & up; there is some cartoonish violence and a lot of just plain weirdness.

Romantic Kurt
Overboard (1987): Another forgotten gem of 1980s romantic comedy, this one features Kurt with real-life love Goldie Hawn. The amnesia plot line is ridiculous, but you’ll buy into the charm of a budding romance between Goldie and Kurt. Suitable for a sleepover with the girls, both big and little. (Some butt. Bikini thongs were in style in 1987!)

Wild West Kurt
Tombstone (1993): one of TWO Wyatt Earp films to come out within a year of each other (Hollywood, how did this keep happening in the ‘90s? Nobody checked these things?) Kurt is Wyatt Earp, who was just trying to keep the peace quietly in Arizona when he discovers he still has some serious ass-kicking left in him. An awfully handsome supporting cast backs him up, including Val Kilmer as Doc Holliday and Sam Elliott as Earp’s brother. Suitable for: movie night with the guy(s).

RELATED: 17 Classic Movies No One Should Graduate Without Watching

Category:
Culture - Film
Tags:
Kurt Russell
binge watching
being bored
summer
where are they now
former teen idols
who has been a Disney star