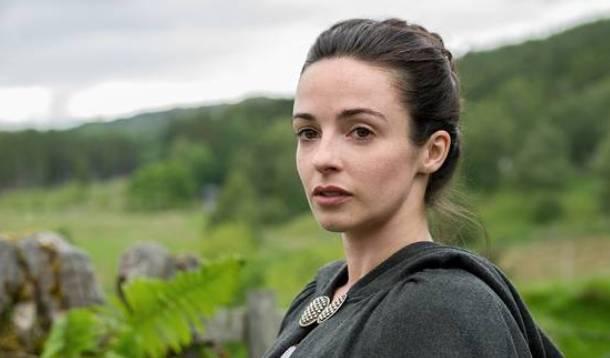 In a show that features regular, close-up images of extreme torture, not to mention sexy time with everyone’s naughty bits on display, you thought Canadians couldn’t handle a breastmilk scene?

(SPOILERS AHEAD: you may not want to read further if you haven’t seen the May 10 episode of Outlander.)

First of all, there is no cooler female character on TV right now than Jenny Murray (the hubs likes her better than Claire and asked me if we’d see her again when she and Claire parted ways!)

It’s a hard, cool fact of life that if you hit the road a week after giving birth to a baby, and you don’t bring that baby, you’re going to have breast engorgement issues. I haven’t seen the scene that was cut out, of course, BECAUSE IT WAS CUT OUT, but if Americans can handle seeing Jenny Murray squeeze out a few ounces to relieve her rock hard boobs while on a cross-country quest to free her brother…I think we can handle it north of the border, eh?

Showcase, you forget yourself. This is a nation that, in the early 1990s, witnessed Caitlyn screaming at Joey “You were FUCKING Tessa Campanelli?” on the nation’s national broadcaster, no less. Those were taxpayer-funded bad words and mature themes! And Kids in the Hall was pretty risky in it's time - and on Sunday nights, no less! (Clutches hankie.) These are television events that I recall because they were in my formative years, which I assure you, I am now well beyond. I’ve seen some breastmilk, friends.

Of all the things Jenny Murray does on Outlander, including the most recent episode (in which she sports a super-sweet lady holster that she wears above her billowing skirts, one pistol in front and one in back) expressing breast milk is not exactly shocking. We watched her give birth, fairly graphically, the week before. We see her, in this same episode, torturing a man by burning his foot with a hot ramrod she pulls, glowing, from the fire. But expressing breastmilk? That’s too twisted to show us?

The episode will air in its entirety later this month, breast milk scene and all, which, according to a statement from Shaw Media (owners of the Showcase Channel) was edited out in error. I love Outlander and I love Jenny Murray, and as Jamie Fraser might say (or warn): you’d best leave my family intact.

Did you miss the news? "Outlander" is back!

Category:
Life - In The News
Tags:
Outlander
breast milk
breastfeeding in public
censorship
why did Showcase cut breastmilk scene from Outlander
May
08
2015

We may meet Dr. Lahiri again on streaming channel 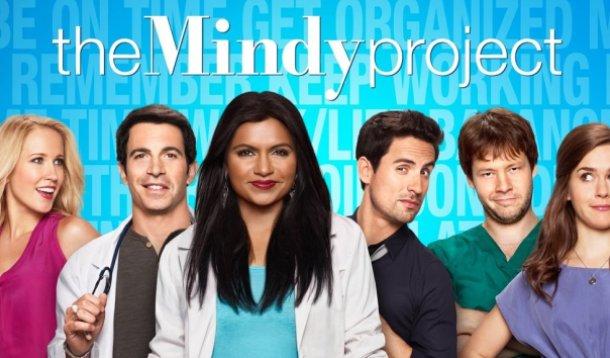 FOX, how could you? Do you not hear the anguished cry of a million Mindys across North America, drowning their sorrows at the doughnut shop?

There are talks to move The Mindy Project to a streaming service and it’s looking good with Hulu. WHICH CANADIANS CAN’T GET (without a fancy IP-masking workaround, that is. And I like to keep my television nice and legal, people.)

I know that Mindy herself has already bravely taken to Instagram to show that she is fine.

But we’re not fine, Mindy!

For the uninitiated, even though the series may go unresolved, I urge you to seek it out right now on Netflix and find out why I am ranting about this so hard. Mindy Kaling created a flawed, incredibly likeable and very relatable character in Dr. Mindy Lahiri and her quest for true love. And if you want a hot doctor love interest, there is nobody hotter on TV right now than Chris Messina as Dr. Danny Castellano (and that - SPOILER ALERT - includes McDreamy, may he rest in peace). The comedy is at once both whimsical and biting, and if you don’t fall in love with every one of Mindy’s boyfriends as she does, you have no heart.

Granted, there were some uneven parts of the show, including a revolving supporting cast of friends and then co-workers who appeared and disappeared, but once the show settled into being about Mindy and Danny’s Moonlighting-style character arc, it became the most adorable romantic comedy going.

By the way, FOX, The Mindy Project was the last and only show I was consuming on your network. (That’s right - I quit The Simpsons in 2001 or so and it’s not like it’s gotten better.) You have officially lost this Woman, Aged 34 - 44.

I hope it hurts like I did when I found out you killed The Mindy Project.

Interview: You Can Get Into The Inner Workings of Mindy Kaling's Mind Right Now