Help! My Son Is A Bully Magnet

Help! My Son Is A Bully Magnet 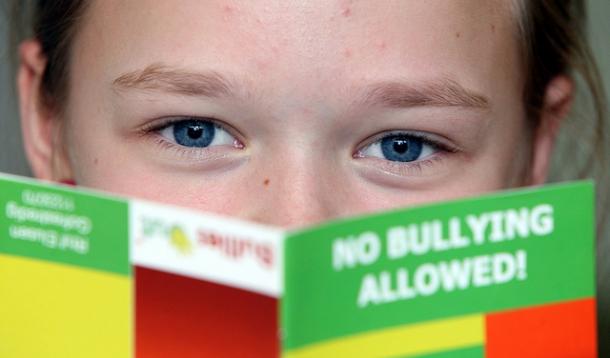 Bullying has always been a problem. But for the cyber generation, with so much going on behind screens, bullying is THE problem. The facelessness of social media has become a breeding ground for bullies.

And kids with special needs make easy targets. Those with autism are especially vulnerable—four times as likely to be bullied as those without the disorder—because of the challenges they experience with social communication.

Case in point. When my 5 year old visited a playground this past week, he was brimming with pent-up energy, eager to join a game of Tag between a boy and girl around his age.

Instead of holding back, he immediately chased after them and invaded their space. Naturally the kids wondered who was this weird kid in their faces. I called my son over and reminded him of the 'rules' for joining in with peers.

Socially, he is keen, but clueless. Such is my son's innocence that he is often painfully oblivious to the unspoken social etiquette most people take for granted.

Typically kids observe before gradually engaging in joint play. My son, however, is blind to the dynamics of socialization. It's as though he's arrived at a 3D movie without glasses.

So I supervise and coach him from the sidelines, ruing the day when I won't be a few feet away to interpret the scene for him.

Boys like him are magnets for bullies—kids so insecure they must prey on someone unsuspecting and trusting. Like the teen insisting that the girls who ritualistically abused him and even held him at knife point were still his 'friends.'

As a parent, bullying terrifies me. We have to start young, instilling tolerance and acceptance in typically developing kids, and awareness in special kids.

We must define for them in no uncertain terms what a friend does and does not do. That means, among other things, developing a social story and drawing up an action plan before a situation presents itself.

Check out the a wealth of information about bullying prevention at PREVnet.ca.

What steps have you taken to bullyproof your child?

This teen recorded his bullies on his iPad. What happened next may surprise you. 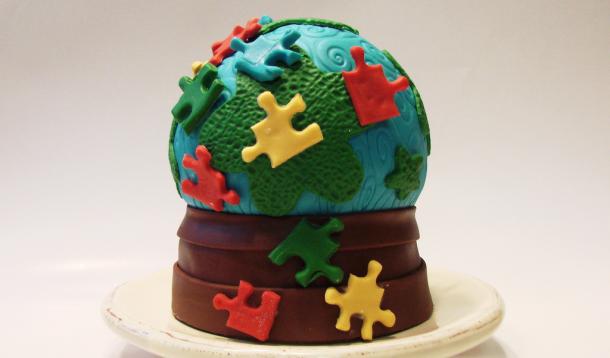 Autism is growing, and with this latest spike reported in the U.S. (30 percent in just two years), nobody can keep up. All the time and money being invested in finding a cure is creating a vacuum of lost children, most of them boys. What happens to these kids once they get handed their piece of paper? Let me tell you what happened to us. Lots of phone calls with various coordinators, informing us of services we could apply for. Then nothing. Silence, and a wait that would span years.

The summer before my guy was due to start kindergarten, I went to school armed with diagnoses and reports. Like all parents, I wanted the best possible start for him. He met the teacher and the principal. They were convinced he'd fare just fine in a regular classroom. Before long, he was screaming and hitting every day. Before long, even with an assistant we fought months to get, he was in his corner, stimming. So much for integration. The only thing he shared with the kids was the air in the room. Two years on, and we are still trying to negotiate a placement that fits him rather than the other way around.

The public board boasts about inclusion for kids with special needs, but the reality is—in my son's case at least—it just doesn't work. Inclusion is like the sweetest dream from which you must ultimately and abruptly wake, disillusioned. Special education is not one-size fits all. My son has so much potential to learn, but "high functioning" is a misnomer. He could be Einstein, but without his very real challenges addressed, he cannot learn a thing.

Then a lucky thing happened—we were fortunate to have found a tiny school for children with neurological differences. Doubly fortunate that we could afford to send my son there part time, at least for the time being. Staff is specially trained, so that his potential isn't marred by behaviours. Already he is working well above his grade level. It's no exaggeration to say that this school is the best thing that has happened to us. But it isn't free.

The assumption is, if you have a child with special needs, it's your problem. As a friend whose child was due to start school was told by one administrator, "There are special schools for kids like that . . ." You work hard, you pay your taxes like everyone else, but if you want your child to succeed, you'd better have deep pockets! Parents are reminded, particularly in the case of autism, that prognosis all depends on early intervention. But when that intervention isn't available, or involves waiting years, the onus is on the parent to finance therapies and education.

So, in this province at least, autism has become an elitist enterprise. Those who can, go private—even if it means remortgaging their home or delving deep into debt. And that is wrong. Education is supposed to be a child's right in this country. Every child. Not just those who fit a certain profile.

It's no wonder some parents are pushed to the breaking point. Autism is a national crisis. For all of us, not just a select few. Soon there will be kids on the spectrum not only in every school, but in every classroom. When the status quo no longer fits, it's time for an alteration.