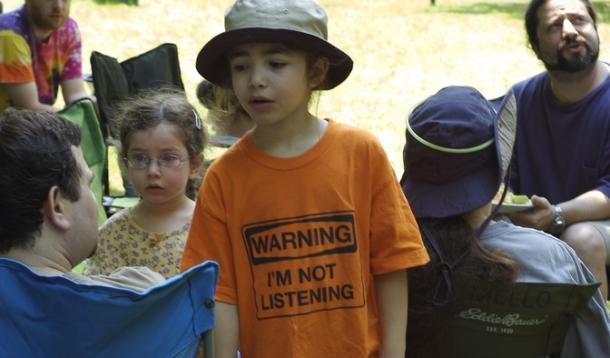 Having a child with autism can be mystifying. If my husband is from Mars and I'm from Venus, then my son is surely from Neptune...

So I welcome any light shed on the workings of his brain since it brings me closer to understanding him. Needless to say I was fascinated by new research claiming that kids on the spectrum respond differently to the human voice.

Often it's a case of science confirming what we as parents already know in our guts. Most days when my husband returns from work, our kindergartener blatantly ignores him. My son loves his daddy and doesn't have a hearing impairment, yet often he just doesn't seem to register when people are speaking directly to him, even when they are in his space and calling him by name.

Although selective hearing is a symptom of his disorder, it can be incredibly frustrating, galling even. But thanks to some clever team at Stanford, we now know the issue stems from the connectors between voice and emotional-based learning. For so-called typical kids, the human voice induces the feel-good chemical dopamine. Not so for kids with autism.

So if the pay-off isn't the actual act of communicating, then what? Although I hate the idea of having to 'bribe' my son into tuning in, so be it. People hold little appeal, or at least less appeal than ideas and objects. He loves looking at photo albums, but not for the same reasons I do. While I may reminisce about the places and people in my life, my son is equally nostalgic and sentimental—staring past the smiling faces in the foreground at whatever barely visible toys happen to be scattered in the background.

It's not that he's unemotional. As far as I can see the feelings are there alright; he simply doesn't engage them, most likely because they evade his understanding. Every so often, though, the clouds shift and my little guy will utter something utterly remarkable (and utterly mundane for most kids) and—like the dad whose son recently gave him this unforgettable Father's Day message—my world will shift on its axis.

I know, I'm lucky my son has words at all. I'm lucky he can say my name and put his arms around me. Still, I am greedy, always desperate for more connection. Hope, after all, is addictive.

So while science brings me closer to understanding my son's behaviour, it's not necessarily easier to accept. Like any parent, I worry. How will my boy connect and make friends if he can't communicate in this basic way? And will this failure make him lonely, depressed?

I have no answers. But I am glad someone out there is trying to find them.

His Chance to soar 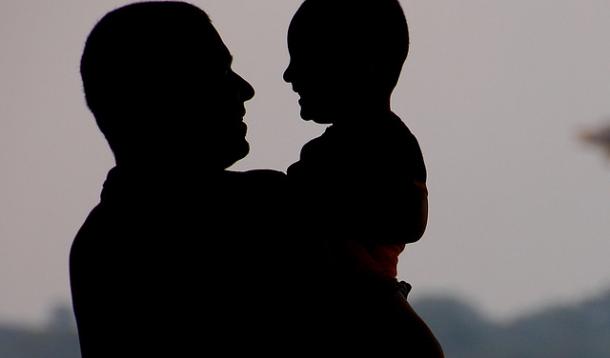 The times they have a-changed. Modern fathers aren't the bumbling, fumbling men we often make them out to be. With so many dads taking a more involved role in childcare these days, it's time marketing departments—and the rest of us—quit portraying them as incompetent dolts.

But stereotypes die hard. First came a patronizing Huggies commercial, then this onesie, and countless other advertising that continues to perpetuate the myth that no matter how they try, dads remain hapless creatures, bless them. Not so. And if they do commit some parenting bloopers along the way, I daresay we moms aren't exactly helping matters.

When my son was born, my husband and I stood side by side, clueless and equally stunned as a midwife showed us how to diaper and bathe our newborn. He was so tiny; we were terrified we would break him. Eventually my husband went back to the office while I continued to learn the ropes and gain confidence in baby duties. If he lagged behind, it was only because he didn't have the opportunity to practice half as much as I did.

But instead of jumping at any chance to let him take over—and even though I moaned about how exhausted I was—I was reluctant to pass the reins, mistakenly believing that I performed every task the Right Way. When he did attempt to 'help,' I would hover and, inevitably, criticize.

In time I learned to back off, but to this day (much to his annoyance) I find myself jumping in with unsolicited advice when it comes to our four-year-old's behaviour. Admittedly, often I'm sharing a valuable tidbit, which he should soak up. But mostly, I admit, my control freakery is a disease. The best thing I ever did was step back so my husband could step forward.

Early on, he undertook the bath/bedtime routine... by himself. I can hear some of you audibly gasp. But you know what? He managed just fine. And Saturday mornings have long been Boys Club at our place. It's vitally important, this father and son bonding time. Though my husband, the rebel, used to leave the house without a diaper bag (inducing heart palpitations in yours truly), no actual harm ever came to my son. In the end I had to trust that if I let go a little, my husband would soar. He would cope beautifully. And he did—and does—bar the odd blip along the way.

Dads have their own style of parenting, for sure. It's not wrong, just different. So if we want to see them really take off as fathers, we need to stop clipping their wings. We owe it to our kids to have faith in, and respect for, them.