To My Son On His 7th Birthday

For me, Today isn't all about cakes and presents

To My Son On His 7th Birthday 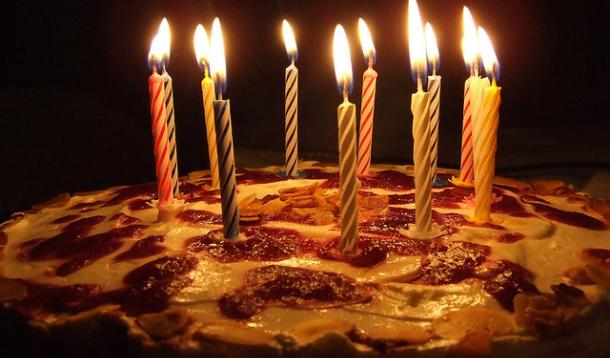 When you open your eyes this morning, you’ll be excited. You will lick the sweet anticipation from your fingertips and rejoice at the sound of shredded paper, the singing voices of those who love you… The flicker of candles will dance in your eyes: seven, this year.

But for me, today will always be the sun throwing shadows on trees. Falling leaves and a packed duffel bag. A queasy stomach, and a blue car winding through the countryside to the hospital.

Waiting, still waiting for you to appear. The guest of honour, two weeks late for your own party.

Flicking through a magazine - looking, not reading - and waiting for the pain to come. But it’s OK because I know that you will be waiting, at the end of the pain, to meet me.

It starts, finally, in my back. A knot that I can control until the exact moment that it controls me. Bringing me to my knees. Soon I am in a dim room, descending. There, warm water rises around my naked body. Immersed. The splitting, the searing. The howling animal sound as the pain reaches its hard fist into me.

Then a voice saying, reach down now. So my hands sink into the water, and find you. Your small, slippery body presses against mine. Your head surprisingly heavy against my chest. And a feeling more unbelievable than space travel, more dazzling than the best magic trick.

Your father’s eyes lock mine as he holds you for the first time. And I think ours. After all these years, ours.

If you’re looking for me today, that’s where I will be. While you blow out the candles and make wishes for the year ahead, that’s where you will find me - in a dim room with you in my arms, sweet boy. Seven years. It's a long time. It's a heartbeat.

At that moment, I won’t be thinking about the endless nights, the colic, or even the autism... No, at that moment I will breathe in the smell of your skin all over again. And my chest will swell like it could explode - the way it does every time I look at you.

Seven years ago today, you gave birth to a mother. And I’m so glad you did.

RELATED: The Best Birthday Gift You Can Give Your Kids

Like many parents, Hayden Desser was in the dark about what it means to have a child with special needs – until he became a father. It’s a journey that the Toronto-based singer-songwriter admits “can often feel solitary.” He and his wife, Christie Greyerbiehl, feel lucky to have found a community of resources and support at their daughter's school on Beverley Street, and want to help families like theirs.

Last year, Hayden invited an impressive lineup of artists to join him onstage for one magical night of music. The Dream Serenade featured intimate performances by big name acts, like Feist, Sarah Harmer, members of The National and the Barenaked Ladies. The atmosphere in Massey Hall was electric, as if all the songs had taken on added meaning. Seeing musicians come together to help children was incredibly moving. I think I had goosebumps the entire night!

But the magic actually began days before the show, when some of the musicians visited Beverley for an impromptu sing-along.

The inaugural concert raised $100,000 in support of the Beverley Street School for children with special needs, like Hayden’s daughter. Though it is part of the Toronto District School Board, Beverley is a unique school, with unique needs.

“The students at Beverley are not typical learners - they do not use textbooks, pens or ‎paper,” says principal, Alana Grossman. Providing a specialized environment and adapted mobility and communication equipment can cost thousands of dollars, which isn’t covered by Ministry grants.

Some of the proceeds from the benefit concert have gone toward creating "night out" and "getaway" packages for parents. We love our kids, but caring for them can be exhausting both mentally and physically. And many families – like mine - lack adequate support. When your child has a disability, you don’t have the luxury of asking the teenager who lives two doors down to come over and babysit. Because your child tends to need specialized care, you often wind up staying home.

You rarely get a break.

A doctor once told Hayden and his wife to stay healthy because “our daughter needed us to live long lives.” That advice resonated with the musician, who realized the importance of respite and self-care.

Over time his daughter has warmed to Daddy’s songs. She used to motion for him to stop playing. A year on, she has a greater attention span and a better understanding of his music. “Although a lot of my songs are quite slow and sombre,” jokes Hayden, “she's found a way to dance to them.”

Which is quite a fitting metaphor for raising a child with a disability, I think.