What If I Had Never Become Your Mother?

What If I Had Never Become Your Mother? 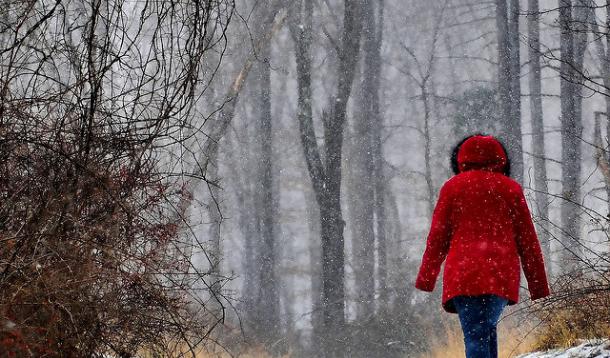 I remember the day I decided to become a mom.

Unlike some girls, I hadn’t grown up dreaming of babies, knowing the exact configuration of my future family. In fact, for a long time – even after I got married - babies didn’t really figure. Mr Green and I were happy, financially stable, well-travelled. We even had a dog, a four-legged baby of our own. Still, relatives pestered us to get on with the business of procreating.

Then one day we had one of those pivotal, no-turning-back discussions. I call it my Robert Frost Moment. Two paths diverged in the café; neither right nor wrong, both leading to different destinations. We simply had to decide which one to take and stick with it. Committing was hard. So much shadow lurked in the undergrowth, it was impossible to see very far ahead.

But that day - metaphorically speaking - Mr Green and I started walking, come what may. More than the unknown, what I feared was missing out. On the love and connection that having children supposedly brings. On the deep joy and meaning everyone talks about. I feared looking over my shoulder at 60, content as I was, and feeling an unshakeable void. A void too late to fill.

Though my pregnancy and delivery were textbook-perfect, the smooth path ended almost immediately after my son took his first breath. Difficult. Colicky - at least we thought it was colic. The difficult stretched from months into years. By his third, we had a piece of paper that gave the difficult an official name: autism.

Five years on, my baby never stopped being difficult, though no less loveable for it. He was my baby, and I wanted him. I want him still.

And yet in spite of myself I sometimes revisit that day in the café, that fork in the road. I revisit it as the woods get darker, the brush so dense I am not even sure I can get past. Carefully, I tread around Violence and Expulsion. I slowly make my way around Anxiety, Tests, and Medication. It’s so dark. I strain for air as I look for a clearing up ahead.

What would the past eight years have looked like if we’d walked in the other direction? I sometimes wonder. It’s a dangerous game, the ‘what ifs’ - at once tantalizing and torturous. It’s also notoriously popular with parents whose children have special needs.

What if my child was ‘normal’?

What if he’d been diagnosed earlier?

What if he can't get a job?

What if he’s unhappy and alone?

What if he gets hurt or hurts others?

What if we die, what will happen to him?

Winning the ‘what if’ game is impossible. Guilt and despair wait at every round. There have been many tears, countless late-night conversations I never saw as I gazed into my coffee cup that day. But I was right about the void.

What if I had never laid eyes on that smile?

What if I had never pressed that soft cheek against mine?

What if I had never felt those curls run through my fingers?

What if I had never held him in my arms when he was crying?

What if I had never heard him laugh?

What if I had never heard his little voice calling ‘Mommy, I love you'?

It's the voice that keeps me walking when I feel too tired to go on. It’s the sound that drives me deeper into the woods, stepping over rocks and lifting heavy branches out of the way. Forever looking for a clearing.

RELATED: I Just Did What I Swore I'd Never Do With My Child