To Have or to Have Not 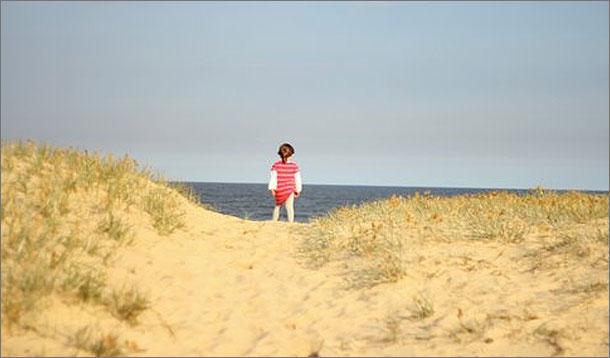 I'm indecisive. It's something of a fatal flaw with me, and unfortunately that spreads to my parenting. Every now and then and, at the strangest times, I lose my resolve. Like the other day, when a barista and I started chitchatting about our respective kids. After revealing that I 'only' have a son, she asked when I was having more children. Sigh.

Oddly, my resolve is stronger when the siblings debate comes up with family. I'm 99 percent sure I'm having just one child. Then some total stranger like the barista comes along and has an unnerving power to unsettle me.

As an only child myself, I'll be the first to admit being an 'only' isn't the tragedy a lot of people make it out to be. I may have been shy growing up. But then, I had a security blanket: a cousin who lived nearby and was often around to play dolls or dress-up or whatever. A pseudo-sister—without the competition and cat fights that come with sharing parents and living under the same roof.

My son has no such cousins. I work hard to make friendships on his behalf. He's three. But the picture is complicated by the fact that he's high-functioning autistic. Friendships are not exactly his forte. He has to learn to socialize even if it is like pulling teeth. Given that he doesn't seem to care one way or another about people other than his parents, will he mind being an only? Will he grow to resent me for denying him a sibling?

Would a younger sister or brother look out for him on the playground, and vice versa? Or years from now when his parents are no longer around? Not a legitimate reason to bring a person into the world, I know. But I'm sure it crosses the minds of many parents, both with and without special needs children.

The first two years of his life (before he was diagnosed) were hard. I was depressed and exhausted. I'm still exhausted, yet part of me longs for another crack at it. If only to have a different experience.

A friend with two kids—a three-year-old and a four-month-old—admitted she hadn't yet seen the silver lining of multiples. Her husband is virtually estranged. Still, she remains hopeful the payoff will come, eventually. I hope for her sake that it does, with her marriage intact.

In this crazy process I discovered a funny thing: I really like kids. Would having a second child heal some old wounds or simply re-open them, I wonder. Or will I live to regret that nagging one percent? 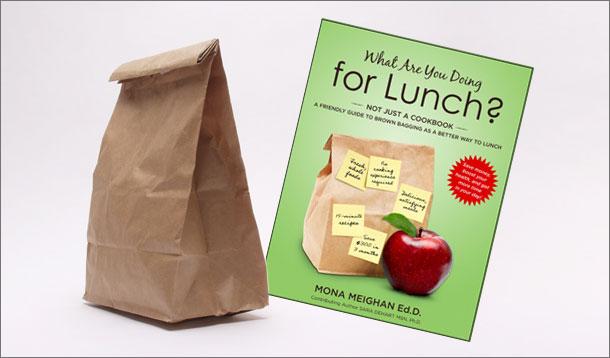 For Mona Meighan, brown bagging is about more than just throwing together cheap and easy lunches.

When she sat down and penned What Are You Doing for Lunch?: A Friendly Guide to Brown Bagging as a Better Way to Lunch, she was mostly thinking of her son. Luke died suddenly at the age of 26 from undiagnosed diabetes (which she attributed to years of consuming a fast-food, sugary diet as a student.)

An education consultant, Meighan naturally wanted turn her tragedy into a triumpth by giving others "the tools to change their lunch habits." In our financially lean and physically obese times, brown-bagging seems like a logical answer to help our kids avoid processed foods loaded with calories and carbohydrates. As an homage to her son, she is also donating some proceeds to non-profits promoting healthy eating.

Brown-bagging novice? Fear not. These recipes will save you both time and money. What I like about this book is that it's not oozing with culinary genius. There are no fancy sleights of hand here, no julienning or marinading or simmering over the stove—just a smattering of quick, easy recipes that any mom can sling together in a pinch.

School mornings are stressful enough, and if you're anything like me, you don't like to think too hard about the food that your kids eat, even though you obviously want it to be healthy. Her recipes are picky kid-friendly, so you won't run the risk of returns.

I give you the Pesto and Tomato Sandwich:

Add 3 Tablespoons plain or vanilla yogurt to 4-6 Tablespoons prepared pesto. Spread on 4 slices of whole-wheat bread. Add thinly sliced tomatoes and season with salt and pepper. (Place in a toaster oven for 2-3 minutes, if desired.)

Spread ¼ cup hummus over two whole-wheat or flour tortillas and add 1 tomato, thinly sliced, 2 thin slices of Swiss cheese, and 2 lettuce leaves, cut up. Tightly roll the tortillas and spear with a toothpick.