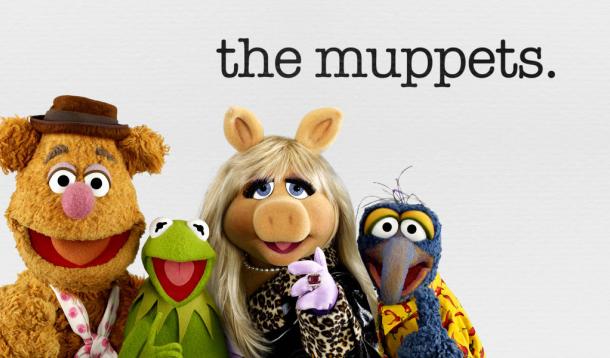 I am such a TV nerd that I mark up "Fall Preview" issues of magazines to make sure I keep track of new shows, and, in the days of VCRs, I would actually create my own time table to make sure I maximized viewing. Have I earned your TV trust yet? Here's what I've watched so far in the new crop - and what I think is worth your time.

My kids were keen on this new version, because: Muppets. At 30 minutes, there’s less lag than the old shows and no filler, but the "show within a show about a making a show" format kind of renders it a 30 Rock with Kermit. Most of the jokes were over the heads of my 8 and 4 year-olds and there wasn’t enough signature Muppet zaniness to absorb them (the physical comedy was broad but tended toward violent.) The new storyline in which Kermit and Miss Piggy are no longer paramours was invented for this show, and resets their previous will-they-or-won’t-they vibe, which has worked on countless shows until they, well, do.

Watch or skip? Not appointment viewing but it’s not hurting anyone.

I fell hard for this mystery show surrounding an amnesiac “Jane Doe” who was found (alive) in Times Square, zipped into a duffel bag, naked body covered in tattoos that are unraveling the mystery of how she got there. Clearly learning from other conspiracy-soaked serials that suffered from deepening the mystery without offering much resolution, the pilot episode features Jane going from frightened ward of the FBI to ass-kicking crime solver within the hour, which was almost too much. If they keep up the action as well as the romantic tension between Jane and Kurt, the FBI agent whose name is tattooed prominently between her shoulder blades, I’ll keep watching.

Watch or skip? Watch! Actual police officers will undoubtedly be scoffing at the gorgeous FBI office that seems to secretly reside in the heart of Manhattan, but I like my mysteries served in the middle of exciting glass panels and unrealistic computer work. Related: YMC Editor Gives Blindspot 10 weeks to live

It's back on CITY! No, Mindy is not new, but if you aren’t watching The Mindy Project you’re missing one of the sweetest and sharpest comedies on TV (and as penance you shall go, right now, and start it from the beginning as previous seasons are available on Netflix). Thank you, City TV,  for ensuring more Mindy for us poor Canucks who have no access to Hulu. Unless you’re me, in which case I missed it because the PVR malfunctioned I got some kind of shopping segment instead. That was 22 minutes of disappointment in fast-forward.

Last year I predicted that Mysteries of Laura would be gone. It is not. Why? It’s a mystery.

Selfie - you were a cute little Pygmalion/My Fair Lady update and I have a lot of time for John Cho. But the rest of you did not. Rest in peace, Selfie.

I’ll keep watching until the premieres stop coming - which new shows are your favourites so far? Which ones do you think are already circling the drain, or should be?

RELATED: The Cold Hard Truth About This Week's TV Premieres