Do You Have An Internal Clock? I Do.

Time Heals All Wounds—Or Measures Them 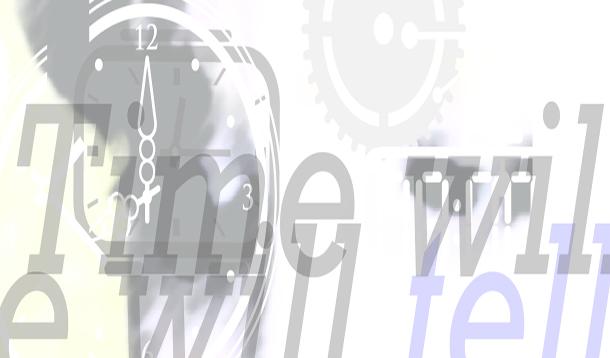 The last time I was at Winterlude I was 8 weeks pregnant. I would lose the baby 3 weeks later.

I’m not dwelling on this, I promise. It’s just the way it is. It’s a small thought that worms its way matter-of-factly into my brain. It’s just there. What can I say? It’s a part of the way I measure reality.

I just saw Christian Marclay's The Clock at the National Gallery of Ottawa. It was amazing. A 24-hour-film that is in fact a clock in and of itself.. comprised of thousands of film snippets, it edits together its own unique narrative as well as an actual visual reference to every minute on the clockface. It literally—or rather cinematically—tells time. And yet it’s hard to describe. It’s an experience. You are watching time go by and loving every minute. I only got to see over an hour before I had to leave for my next incredible Winterlude meet up. But I loved it. It made an indelible impression.

I loved the seeing the past, present, and future meld together in every moment. I loved seeing an acute nod to Zeitgeist with every movement of the second hand. I loved trying to identify every single movie that they used to construct this amazingly organic, timepiece. And it’s not the first thing that has inspired me to become fixated on the notion that time is the ultimate human compulsion.

As a culture we need to know how long it’s been, how old we are, how long we have, and how much longer we need to hang in there. We need to believe that ‘someday’ everything will be ok. That ‘sometime’ we’ll have what we’ve set our sights on. We need to embrace the belief that 'older is wiser'. That things get better with age. That somehow time grants us amnesty—we know better than those people who are doing stupid things, even if they’re the same stupid things that we secretly yearn to do.

Everyone has a unit of measurement. An ‘it’s been ‘x’ since…’ and I have my own too.

My brain has a built-in clock that measures from the anniversary of both miscarriages. I can’t seem to help it. In another reality, today I would have a 4 month old baby. In still another, I would be about 28 weeks along right now.

I pause throughout the day to think of just how different my life would be. How happy my husband would be; our parents. I would be so very settled into motherhood by now. Baby Girl would be a doting big sister.

No matter how happy I am, that’s just something I can’t help but bring with me into the future.

There will never be a moment where I don’t know the ages of the babies I lost.

Of my Almost Children.

Kat Inokai: Trying Times 3 Things To Do if You Think Your Toddler is Stressed