4 Ways To Deal When Everyone's Pregnant But You 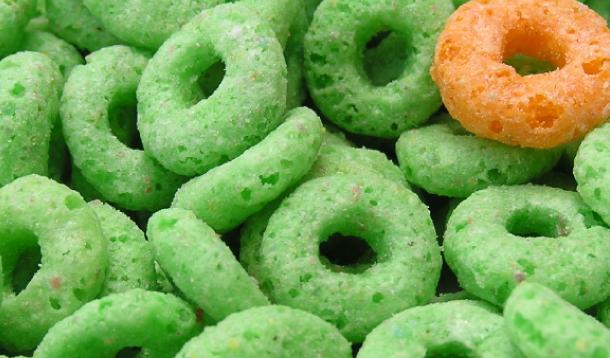 It hurts when everyone’s making announcements that they’re pregnant and you aren’t. You want to be happy for them but you’re also pissed off, frustrated, and resentful that you’re on the outside. And while social media platforms can be awesome, when it comes to infertility they’re just another five different ways to get a knife in the heart. #ouch

I know, because I’ve been there.

Month after month my optimism was chipped away. All the ongoing blood work I’d had was starting to make a junkie’s track marks look modest; I was living as clean as Gwyneth after a colonic; I was paying thousands for a blind shot to heft vials of semen in my bra or in my armpit to the clinic in the weirdest baton race ever only to get negatives, and guess what?

“I’m pregnant! We weren’t even trying!”

You have GOT to be kidding me.

At first it didn’t really bother me that everyone seemed to be pregnant while I tried, but as I invested more and more into my fertility (and it only resulted in emotional turmoil and physical exhaustion) the announcements seemed to have an especially triggering effect.

On the flipside, when I finally conceived Baby Girl, it’s like I instantly forgot everything I’d been through. I was so excited to be pregnant! And it was only then that I realized I’d unconsciously distanced myself from my friends who’d shared their good news with me. Because I was… I don’t know. Competitive? Jealous? Infuriated? Heartbroken? I’m still having trouble putting a label on it but whatever it was, it was intense. Every time I heard that someone was pregnant I wanted to scream.

When I finally got my BFP (Big Fat Positive), the insanity cleared and I sheepishly reached out again, faltering slightly at how understanding everyone was.

“I so get it honey, I went through the same thing.” There was nothing but acceptance and happiness.

So, why do we have to feel so isolated while we try? Why do we get so angry? And why do we block people out? No really. I'm asking.

When I was going through my back-to-back miscarriages and even as I recovered, I shied away from my pregnant friends and friends with newborns. I just couldn’t handle it. I wanted so badly to rejoice. I wanted to jump and hug them close and beam at their bellies or sniff their new babies. But I was engulfed by the darkest desolation. I just couldn't. I pushed away from everyone including myself, and that only started changing a couple years ago.

Again, when I finally started coming back to myself, I realized how shut off I’d been and how isolated I’d felt through circumstance buffered generously by my own conscious sequestering.

My current pregnancy has its own story. Now that I'm over my Punxsutawney Phil-esqe trepidation at going public, I find it hard not to shout from the rooftop. But I also remember way too much — I see the other side more clearly and poignantly than ever.

Here’s a few things to keep telling yourself and your friends if you’re going through the ‘Everybody But Me Blues.’

Let yourself feel your feelings —they’re natural. Yes, all of them.  Even the ones that you keep telling yourself are juvenile and petty. They’re actually not petty. They just ARE. And that’s ok.
Wanting things is natural. Being pissed or feeling left out that someone has something that you want, is natural.

You know how I know?

Because I've watched 3-year-olds who are supposedly best friends try and rip each other's eyeballs out over a chip. A CHIP.

I’ve seen the world end because one kid didn’t get the same popsicle colour as the other.

Go easy on yourself.

When you feel that mixture of sadness, jealousy and frustration boiling up, just acknowledge it. Don’t chide, don’t correct, don’t censor. Just feel.

Give Yourself Time To Feel Your Feelings

It is HARD to just feel.

I’m still not good at sitting with my feelings. Especially these ones — they’re real doozies. But they deserve a voice.

Allow yourself to mope, cry, feel angry — getting it out is going to make room for so much more in that pressure cooker brain. And more importantly, feeling is all part of processing.

Be Totally Open With Your Friends

When I look back on my feelings of isolation I’m so surprised I never said something like this to my friends:

"I am SO so happy for you. You so deserve this joy. I'm struggling a little bit with the whole trying to conceive thing... did you feel frustrated when your friends would get positives? I'm starting to feel left out."

Think about it. You know your friends would give you a hug, or give a sympathetic ear. Talking about it diffuses guilt and starts healthy dialogues too.

We can intellectualize all we want, but at the end of the day our emotions can pull a Jackson Pollock on our ‘paint-by-numbers’ best intentions.

If things are too much, let your friends know. Let yourself know. It’s ok not to go to that 30th baby shower. It’s ok to explore other parts of yourself and other facets. It’s ok to take a month off from trying. Let yourself grow and enjoy the moment.

And by the ‘moment’ I mean the finest wine and the biggest tray of sashimi this side of knocked up.

Category:
Family - Pregnancy
Tags:
everyone's pregnant but me
fertility
infertility
pregnancy announcements
being left out
isolation
communication
talking to your friends
judging yourself
letting your feelings out
dealing with fertility
Kat Inokai