Would You Take Prozac During Your Pregnancy? Part 2 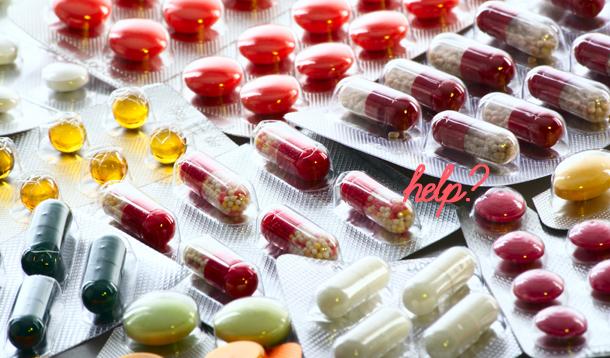 “What just happened there?” My psychiatrist said, watching the vast array of emotion flit across my face after she suggested I go back on Prozac during my pregnancy.

“I just . . . I don’t . . . What if taking the Prozac was part of why I lost my other babies? What if it numbs me even more?” The superstitious if-then thinking had sent my heart quaking and my tongue felt thick. I had other thoughts racing through my mind as well—the kind that carry the undercurrent of stigma and fear of judgment because of what we are conditioned to believe is "normal." I tried not to listen to those.

My shrink just smiled. “Do you really believe that?”

“I know. I know it’s safe. I have talked to Motherisk and also talked to all my doctors. I know it would be better for both me and the baby in this case. I’m just . . . disappointed.” I sounded hollow and defeated. She sighed deeply.

“If you had a friend talk to you and tell you everything she was going through, and she told you she was going to go back to therapy and take medication to help her with it, what would you say?”

“That . . . she is amazing and strong for taking action and helping herself, that I am here for her, and that whatever she needed to do to get back to being healthy was just what she had to do.” Oh. I get it.

“Judgment leaves no room for empathy. You would never judge anyone else for going through pain and for helping themselves out of that pain, would you?” I shook my head. “So why are you judging yourself?”

“Well why don’t you think about it until next time and we’ll set up an appointment with a therapist for later this week. I do think that in this particular case, you would really benefit from a low dose and, most importantly, so would the baby. I’m going to give you a prescription for 10mg and you can move up to 20mg over the course of a week . . . Kat . . . I don’t believe that medication fixes situations. That’s all you. I think this will help ease the physical symptoms you’re experiencing so you’re more open to using those great tools you already have.”

I had been collecting my things, but suddenly stopped when she broke the fourth wall by using my name. She was right. I knew she was. And I knew I had to try. I owe it to my kid. My kids. I smiled as I thought in plural, and then realized that was the first time in three months I’d let myself think about the baby as a reality.

I had spent thousands on medications and procedures to get pregnant with Vee, and hundreds more on prescriptions to get my Crohn's under control. Now that I was pregnant again, surely I, who believes so strongly in being an advocate for mental health, didn't have a problem helping myself?

Judgment leaves no room for empathy.

I took the prescription from her hands, and left the office marking my first steps toward change.

Read Part 1 now to see what my previous experiences with Prozac were like.

For more articles about mental health, read Why Do We Think Showing Emotion Is A Sign Of Weakness? and Post Partum Depression After Miscarriage.