She's Coming "Up to the Light" With Her Newest Single 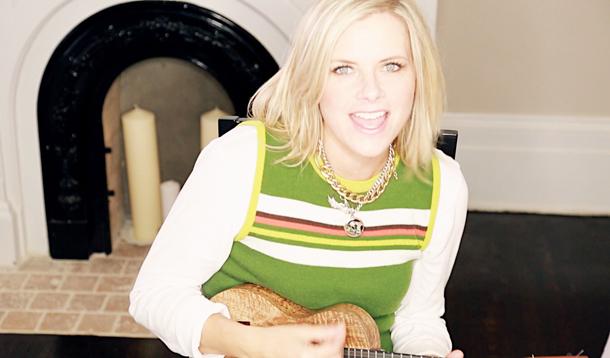 You may know her for Adam's Rib and Still Desire You (if I had a dollar for every time I sang that to my highschool boyfriend's photo...), but Melanie Doane is much more than a chart topper. Between carpooling in her minivan and reading bedtime stories, she's writing songs and helping hundreds of Toronto-area kids connect with music. I had the chance to connect with Melanie through a mutual friend, and I'm thrilled to share her new single with you below!
Your new song Up To The Light is to be released on April 7. Can you tell me what the song is about?
I think most people are afraid to reveal themselves when they fall in love. In this song I’m saying that as scary as it is, you might as well say: “Go ahead. Take a good look…hold me up to the light.” I wrote it on my ukulele, which was my first instrument as a kid, even before I learned to play violin.
You’re an important part of the Canadian music scene. What are you most proud of, looking back?
I am most proud of the songwriting throughout the years. I have experienced some great moments when one of my songs has been in a TV show, or climbed the charts, or has been performed by someone I admire... these moments keep me motivated through my child rearing years and remind me to never stop writing and to never underestimate the power and the reach of a song.
Who inspires you?
Now that I am teaching many classes on a daily basis I appreciate even more the teachers who work with our kids every day. I am floored by the level of care and commitment I see from principals and teachers every day. 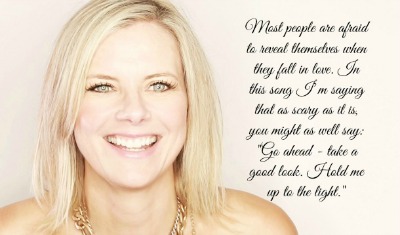 How has motherhood influenced your music?
Motherhood prompted an album I released a few years ago called A Thousand Nights, which has a mix of cover songs and originals I wrote. It is meant to be a bedtime recording that parents can use at night, because we all know when something works at bedtime we use it over and over again! I wanted to record great music that parents as well and children could listen to again and again.
I was excited to work with Jim Cuddy, Ron Sexsmith, Emilie-Claire Barlow and Kathryn Rose (to name a few) on the album and I love hearing from parents that it works for their family. The songs I wrote are for my kids and I say some things that I really want them to know. Someday they will listen with that in mind.
How do you balance being a mother and your career?
I don’t really balance it at all. I mostly just run around trying to keep things on track for my kids. It’s not the best if you’re ambitious about your career, but I have also learned that I am quite ambitious about doing a good job with them. I think most parents feel that way. A few years ago I did a stint in War Horse, which was a great show and a very nice part for me, but it was a hard schedule for the kids. I won’t be doing that kind of thing every year. I try to stay off the road as much as possible and I am definitely out of the loop a lot of the time, but I really like being with my kids.

RELATED: "Hockey Wives" Star Talks Parenting Challenges
Your "Ukulele in the Classroom" program is nothing short of amazing. What inspired you to launch Doane Uschool?
I started the uke program as a volunteer at my children’s school because I wanted them to have a taste of what it was like for me, growing up in Halifax, in my Dad’s incredible music program. He was the supervisor of music for the Halifax City Schools and his work has influenced music educators nationally and internationally (he’s an Order of Canada Recipient etc.).
I started my program seven years ago with just eight students, and we’re now reaching more than 400 Toronto students on a weekly basis, offering subsidized music education through the use of the ukulele.
You’re so busy! What do you do just for you – how do you maintain being Melanie, the woman?
I am lucky to have a special person in my life (yes, maybe he inspired the new song). He is very kind and we enjoy doing simple things together when we get a free minute.
Any style favourites? Brands, products, pieces you can’t live without?
I like to surf Etsy late at night. I occasionally buy something but mostly I get a lot of entertainment from looking at the jewellery, vintage bags, clothing etc. There’s so much good stuff and so many young artists making cool things.
Last question! Anything you’d like to tell your 20 year-old self?
I think I’m glad I can’t tell my 20 year-old self anything. I’d be so much more afraid now to do what I did then. I happily jumped into theatre and music and I’m very glad I did.

It's relieving to know that I'm not alone in feeling like I'm just running around all the time - though, arguably, I'm not writing and recording exceptional music. Here's the exciting part: Melanie's new single Up to the Light won't be released until April 7, but she's letting YMC readers in on the musical magic early.

Oh! And you can listen right here:

PS. Join me in pre-ordering Up to the Light here.