I've been part of the problem. And I've vowed to stop. 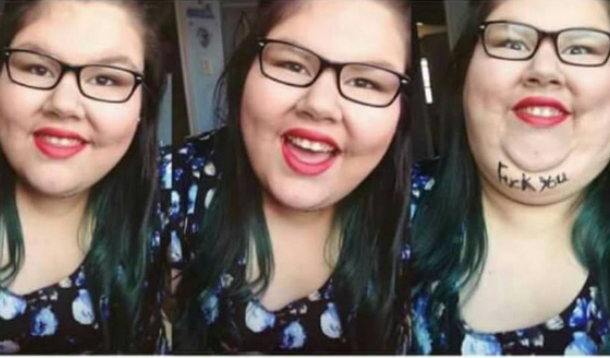 I don’t know when or why, but somewhere along the line we all thought that it was perfectly acceptable to comment on or question others on the shape and size of their bodies. More often than not, we don’t question a person - we comment, behind closed doors or in hushed voices to our friends: God, she gained weight hasn’t she?

I’ve been part of the problem. I know I have. And I’ve vowed to stop.

About a year ago, I visited my family doctor back home in Cape Breton. As I was leaving the office, he stood between the door and my body and asked if I was OK.

“You’re very thin,” he explained. “If you’re trying to lose weight, please stop. If you’re not trying, maybe we should run some tests.”

As my healthcare professional, I understood perfectly where he was coming from. I’ve lost more than 40 pounds and I’ve kept it off. And while I was glad to lose the first 30 as I coped with my separation by obsessing over what I could control (food and exercise), the last 10 melted away quite by accident as a result of stress. But despite his concern - his legitimate, medical concern - it made me uncomfortable. But no more uncomfortable than the questions and comments from neighbours and old friends. And the fact is I am, and was, fine: I am strong and healthy, and while I watch my waistline it's a matter of what makes me feel good - nothing more.

Recently an 18 year-old woman from Eskasoni First Nation on Cape Breton Island, Nova Scotia (I’m a CB’er) shared a brilliant photo in response to those who’ve pointed out that she put on weight. Hannah Battiste is a poet and mental health volunteer, and she’s wise beyond her years. I love it - and I’m not the only one: her post was shared more than 1000 times on Facebook, and it’s making the rounds on Twitter as well. 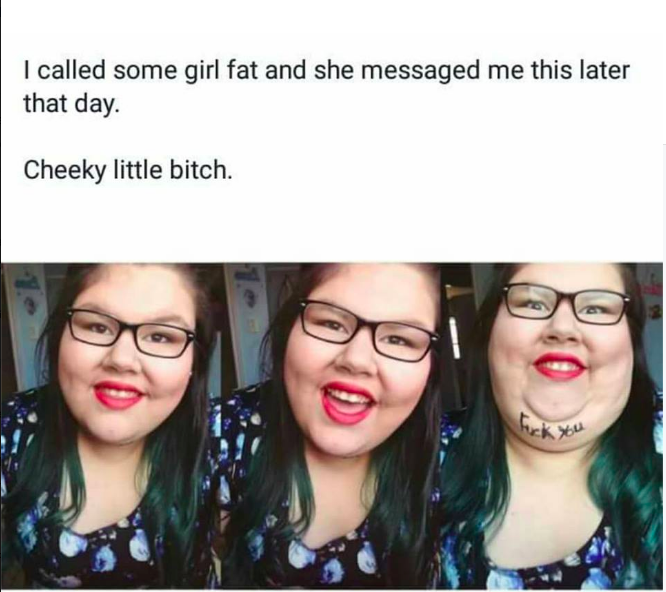 Battiste shared that she’s struggled with mental health issues and was a victim of sexual abuse. She says she’s received a lot of positive comments, describing the whole experience of going viral as “super indescribable.”

Summer is coming, and with it comes raised hemlines and shorter sleeves, trips to the beach and afternoons at the pool. A lot of women and men I know personally have told me they’re getting “beach body” ready and I’d be lying if I said I haven’t tacked an extra kilometre on my runs here and there to keep my pants fitting comfortably. But that’s my choice, as Battiste perfectly points out in her post.

So, with summer right around the corner I’d like to remind you:

You don’t get to comment on or question what another person has chosen to wear regardless of his or her size, shape, age or ability. And, if you don’t like my stretch marks and mummy tummy in my bikini at the beach this year, I’m sure you can find another spot to swim.

The Beauty Tools This Fashionista Can't Live Without

Lasers and heated eyelash curlers and rollers, oh my!

The Beauty Tools This Fashionista Can't Live Without 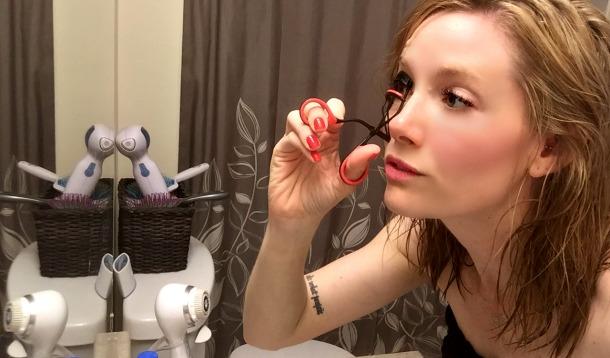 On the list of things I should put near my eye, I’ve always felt heat-related styling tools fell into the ABSOLUTELY FLIPPIN' NOT category, but here we are. My first experience went a little like...

OK, turn it on and wait 15 seconds. Mmmmmk. *drink coffee* *Examine under eye status* *Wonder when “old” happened* K, that’s gotta be 15-seconds. Gently lift and hold. *gently lifts and holds eyelashes with heated death trap* *dies because OMG THIS IS THE BEST THING EVER* *does not recreate perfect curl on other eye*

And so my first heated eyelash curler experience went off without any smoking eyelashes or loss of vision (win) and I realized that this whacky little tool is now one I just can’t live without. Sure, I'm a sucker for a great makeup sponge and good brushes but these tools are a little... out of the makeup bag, so to speak.

Easily the most "normal" tool on the list, hot rollers are a staple in my beauty routine. Not only are they my secret to faux-blow outs, they give me amazingly voluminous curls now that my hair is shorter! I had a hard time getting used to them when I first bought 'em, but now they’re a favourite. And once they’re in my hair, I can relax with coffee (or wine) before I head out. $40 (Walmart)

Perfect for ladies with lash extensions since it won’t break your lashes or damage the bonds, a heated eyelash curler works the same way your heated hair tools do!  $23 (Sephora)

My Clarisonic brush is probably the best thing I’ve ever used, even if it’s taken a long time for my skin to adjust. I use it once every other day (it’s too much for my skin otherwise) and it’s reduced my breakouts and cut back on the flaky, sad skin this winter by exfoliating that nonsense out of the way!  $240 (Sephora)

I sometimes can’t believe that I’m shooting lasers at my own hair follicles, but it’s a thing I do. I expect I’d have much better results if I actually used it as instructed, and yet the results are still pretty impressive when I neglect to use it correctly. $515 (Sephora)

Despite the fact that I’m using anti-aging creams and serums around my eyes, my chin loves to break out every few months and that’s when Tanda Zap comes to the rescue. My mini-flashlight-looking acne miracle, Tanda Zap helps clear up blemishes in less time than harsh acne treatments. Bonus: it’s easy to stash in your bag and it doesn’t hurt a bit.  $60 (Costco or Shopper's Drug Mart) 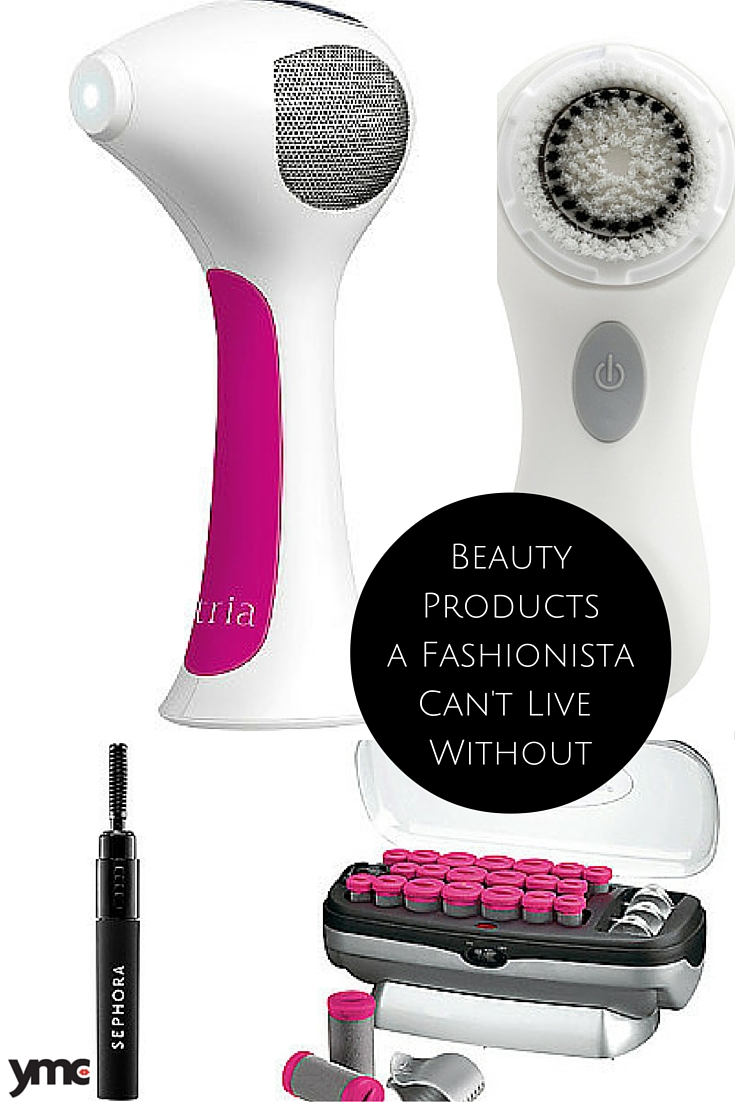 Now, spill it: What beauty tool(s) would you be totally lost without?

RELATED: The Weirdest Nail Trend You've Ever Heard Of

Turns Out Motherhood Isn't What I Had Imagined

(And I am NOT the mother I thought I would be)

Turns Out Motherhood Isn't What I Had Imagined 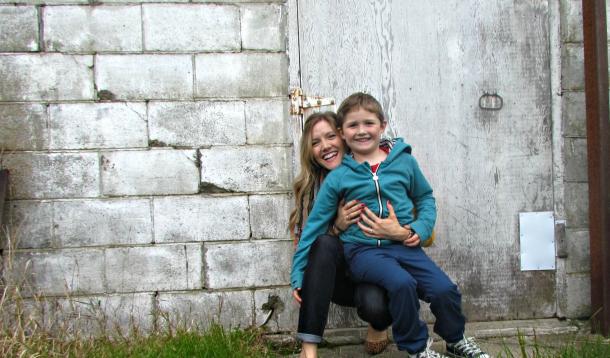 I’m sitting in the Edmonton International Airport surrounded by total strangers who are as tired as I am, anxiously awaiting the boarding call for my redeye back to Halifax. I can almost smell the sweet scent of F’s hair and I can’t wait to wrap my arms around him, 48 hours after I hugged him goodbye. I didn’t foresee motherhood being trips across the country. I didn’t foresee most of what motherhood has held for me.

I was raised by a (mostly) stay at home mom who never missed a deadline for school paperwork or a registration for swimming lessons or camp. I forgot to register my kid for school last year. SCHOOL. My mom tucked us in nightly, and I’ve missed entire weeks of my boy’s childhood to work or study.

I envisioned motherhood just like - or similar to - what I saw my mother live. It hasn’t been that and if I’m totally honest, sometimes it’s hard to reconcile what I imagined with the reality I live. And I’m doing it by myself: I never imagined that motherhood would be single motherhood. Not for a second.

I imagined motherhood as loving snuggles as we read bedtime stories together. Instead, it’s pleading with my son to go to bed and hoping he won’t cry when I tell him we’re only reading one book because Mama’s tired. I barely get us to swimming lessons on time, and I’ve more than once asked “Did you put clean underwear on today?” as we’re pulling into the school driveway. Motherhood is hectic - and while I imagined motherhood being much different than it is, I don’t know if motherhood is something I really expected for myself. 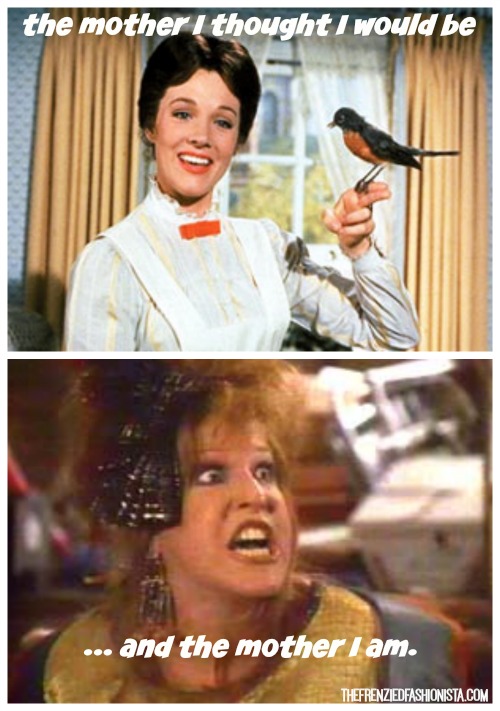 Sometimes I sit back and feel like a failure in comparison to my mother. Sometimes I envy the way she was able to raise us, but then I remember how much I hated being a stay at home mom and the happiness my career brings me.

In the way that some are naturally athletically inclined or take to math easily, my mother was born to parent. I was not. The skills and strengths of parenthood have been a constant struggle for me, and while I wouldn’t trade a moment of my life with my sweet little guy for anything else, I’d be lying if I said I’ve loved it all. I haven’t. I have felt beaten and broken more times than I can count. I sometimes feel like I've dropped all the balls and I'm too tired to pick them up again. I never saw my mom drop the ball.

I’ve often felt that my mother’s path was somehow easier, and in some ways maybe it was but I know for sure that I would have long since fallen off my own path had it not been for her. We are two completely different mothers with completely different lives and experiences and opportunities. As it relates to parenting, I’m probably nothing like my mother in any way except one: I love my kid, and I’ll go to bat for him the same way my own mother went to bat for me. And I'll go to bat for her, too, if I ever have to.

RELATED: Hey Moms! It's Okay To Be Less Than Perfect