We're Making Too Much Out of Netflix's "13 Reasons Why"

If something is a molehill, don’t make a mountain out of it. 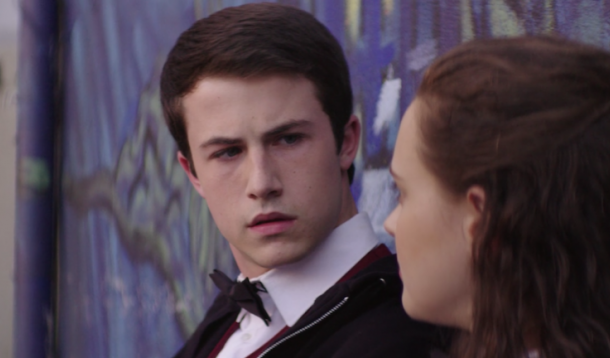 I have a philosophy that I try to abide by as a therapist: If something is a molehill to a client, don’t make a mountain out of it. The reason is simple enough: It is generally unwise to assume all people react to things in the same way. And although we might have a reaction to something – or believe a certain reaction is possible – that doesn’t make it necessarily so.

Enter my thoughts on the Uber popular and wildly controversial Netflix original program 13 Reasons Why – a miniseries premised upon the 13 reasons that led up to the eventual suicide of a teenage girl. Each of her reasons is represented by one episode delivered through an audio diary on cassette tapes which she leaves behind.

At the risk of being criticized at length, I’m a mental health expert who has a decidedly different stance than some regarding this show. It’s being paid far too much negative attention and this has produced the opposite of the desired effect - which is to say it’s created “hype,” surged viewership, and turned the show into something that is now somewhat otherworldly. As one publication states: “13 Reasons Why is being devoured by teenagers.” Season two has been officially announced and is due to arrive in 2018.

To be sure, teen suicide and mental health issues in general are exceptionally worthy topics to explore, understand, and educate ourselves on. Adolescence has always been a period of time in life that poses higher risks for emotional distress, and this is universally true across cultures and generations. It’s a time in life when one is maturing physically much faster than the mind is, and the time when independence and separation from parents in favour of connection with same-aged peers really begins to matter.

Up until the late 1990’s, the suicide rate among North Americans was headed in exactly the desired direction: down. At the turn of the century, however, it began to climb again, by as much as 25% by 2014. Most disturbingly, the suicide rate for girls aged 10-14 has tripled over the past 15 years (though it remains below 2%). How come? Is it a result of bullying? Is it from watching shows like this?

13 Reasons Why has been accused of glamourizing and romanticizing suicide. I have seen the show. There is little that is ideal or even remotely appealing about the lives of most of these characters – particularly the scene in which the main character slits her wrists and bleeds to death in a bathtub.

Which leads to my next point: The show has also been criticized for its visually graphic content and the potential to trigger those who are emotionally unwell, or to inspire copycat suicides. Some research indicates a correlation between exposure to graphic suicide and the commission of suicide, however it is difficult to be conclusive. Graphic content around suicide, violence, explicit language, and substance abuse has held a presence in the media for many years. Think of The Virgin Suicides or Trainspotting as examples of things teens have also devoured in the past. Did we have similar reactions to these and others back then?

13 Reasons Why is certainly not without gaping flaws, the biggest one in my opinion being that the producers “aspired to educate and inform” teenagers about the realities of suicide. What they really ended up simply doing though was entertaining us. Some might flinch at the comment, but it’s mostly true. The show is haunting, suspenseful, and very well-acted. But to take any major life cues from this show – or any TV show for that matter – is not advisable, to say the least. And I, for one, believe that most teenagers already know that. We’re just not giving them enough credit.

The gaps in 13 Reasons Why are plentiful. Underlying the entire show is Hannah Baker’s fantasy for revenge on the 13 people who she blames for her suicide. She’s angry - and she wants you to know it. But anger isn’t the emotion that typically leads to suicide. Homicide, potentially, yes. But suicide is typically the last resort for a person who has been suffering in emotional pain and hopelessness for a great deal of time. They are usually unwell psychologically, most often struggling with severe depression. They may have tried various things before feeling that taking their own life becomes the only way to stop waking up to pain.

Even worse, they may not have tried anything else at all: The most common risk factor for suicide is lack of access to treatment for depression. These aspects of Hannah’s world are never fully explored in the series. She does appear to be a bit histrionic. But this alone would not drive a person to suicide.

Nor would being at the receiving end of some mean people and their insecurities over a few months.

Contrary to what has been written in many publications, Hannah’s character isn’t bullied in the show. Bullying is something that takes place repetitively and consistently, and produces its effects over a longer period of time. It can – but does not always – lead to depression or other mental health issues. What happens to Hannah is what happens to most teenagers at one point or another in life: She gets mixed up with some real jerks.

Some people are mean. It’s just how it is. But most people aren’t, and most people won’t resort to suicide even if they have dealt with some exceptionally mean people. Nearly all of the kids in 13 Reasons Why are portrayed as soulless demons, which is another gap in the show’s aspiration to reality as opposed to entertainment. Unfortunately Hannah’s character is also raped, something that over time could certainly lead to depression depending on the psychic impact to her, and if left untreated possibly suicide. But once again there is no exploration toward the development of such a state in the show. Now that could be useful.

Other gaps in the show’s depiction of “reality” are similarly obvious: parents are almost never home, nearly everyone is an only child, and the guidance counselor is so grossly negligent in dealing with Hannah and her final confessions that it’s impossible to believe he would have ever even attended a school himself at all. Most of the teenaged clients in my practice have seen it, and of them all have stated that 13 Reasons Why is “overdramatized” and that classmates are generally “nothing like that.”

It’s good TV. But it’s just that. Let’s not implant our own ideas about the show and what it represents to us into our teens. Instead, let them decide for themselves what their experience of it is. If what they say seems concerning, address it at that point.

That said, mental health issues and illness across all age groups are real, and there are always exceptions to the points I make above. People who are at risk for suicide themselves could be better off skipping it entirely. But I think a better discussion would be around the reasons why the suicide rate – across all age groups – has steadily increased since the millennium. And I believe this to be down to a few key reasons:

My closing thought on 13 Reasons Why is that it’s well intentioned. I think what it actually reflects is the exquisite disillusionment people are beginning to feel about the future and the world at large. To that end, the does a very decent job in conveying is the importance and lost art of kindness and compassion toward fellow human beings. A worthy premise indeed.

Producer Selena Gomez is known to hold the importance of kindness close to her heart, and is involved in various initiatives aimed at increasing its practice. My hope for season two is that it runs fast and furiously in demonstrating “the how” behind a line delivered by one of the main characters in the final scenes: “It has to get better. The way we treat each other and look out for each other. It has to get better somehow.”