Reasons Why We Need to Talk About "13 Reasons Why"

If anything, the series should be renamed ​"13 Reasons How NOT to Help a Bullied and Suicidal Teen.​"​ 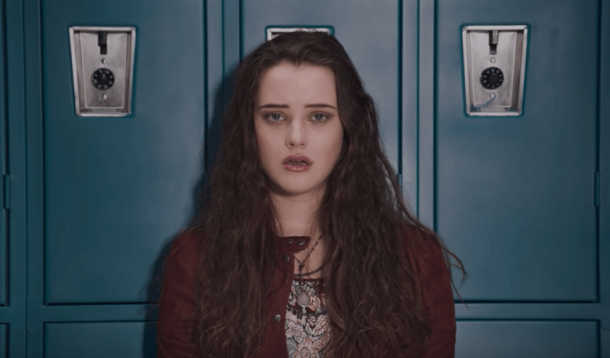 Can a TV show be too dangerous for teens to watch? Some people feel strongly that the Netflix series, 13 Reasons Why—based on an already very popular YA novel by the same name—​may be.

In addition to increased warnings of graphic content preceding each show, in response to public outcry, the streaming network has now set up a dedicated site, 13ReasonsWhy.info, which provides "information regarding suicide prevention and mental health issues."

One of the bands featured on the series soundtrack, Car Seat Headrest, felt compelled to speak out against the series for depicting "a thrilling and cathartic suicide mission." The Canadian Mental Health Association (CMHA National) has ​officially decried the series for its flawed portrayal of a teen suicide.

Some school boards across Canada and the US have also sent letters to warn parents that the series ​may ​promote "suicide ideation." In other words, it glamourizes or glorifies the act of taking one's ​own ​life. Some worry that ​the series could even spark a contagion or copycat effect. A superintendent at a Florida school recently cited an increase in self-harm and suicide threats by students who name-dropped the series.

The 17-year-old student in question leaves behind a legacy of intrigue with her cassettes, in which she essentially blames and blackmails 13 ​fellow students for driving her to kill herself.

At no point does she, Hannah, seek or find support from any trusted adults. Herein lies the danger, especially for already vulnerable teens who may be triggered by the disturbing content. In fact, every adult, from school counsellors to Hannah's own parents, come across as inept and largely absent when it comes to helping her.

Not least of which the fact of her suicide serves to make her posthumously popular, a romanticized tragi-poetic figure. Even the act itself ​is portrayed as beautiful, serene.

If anything, the series should be renamed ​"13 Reasons How NOT to Help a Bullied and Suicidal Teen.​"​

Is all the caution tape and hype warranted​? Absolutely. Does the conversation deserve to be muted simply because it's uncomfortable and disturbing? Absolutely not.

Newsflash: Many teens are bullied. Many are raped and sexually assaulted. Many struggle with mental health issues. Sadly, some will go on to take their lives. This is nothing new. It doesn't predate any single book or TV series. 13 Reasons Why has simply opened the floodgates. If kids are referencing it, that's because they already feel these things, and the series has given them a way to talk about the "untalkable." Not discussing bullying and mental illness and rape and suicide does not make it magically go away.

If anything, 13 Reasons Why acts as a stark reminder that, as parents and teachers, we need to up our game. Watch the show. Figure out where Hannah and her entourage went so monumentally, tragically wrong. Then talk to your kid. Then talk some more. Whatever you do, don't stop talking.