Why You Shouldn't Wait To Talk About Safer Sex 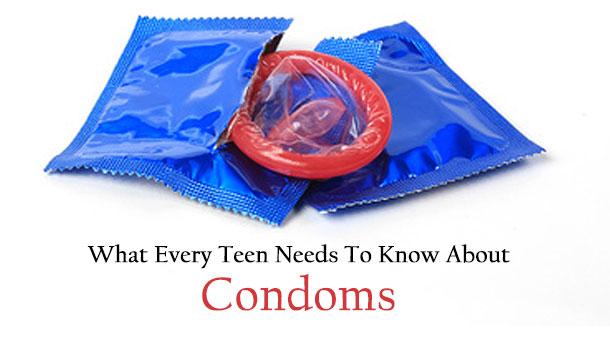 One question parents of tweens and teens often ask me is how and when they should bring up the subject of condoms. Condoms can be a great contraceptive and/or safer-sex option for youth having partnered sex. They’re reasonably cheap, they’re available without a prescription, and when used correctly, latex condoms are up to 98% at reducing the risk of pregnancy and  the risk of transmitting certain sexually transmitted infections

Telling your kids, “if you’re going to have sex, use a condom,” is a good start, but it’s just the tip of the safer-sex iceberg. Putting that advice into practice requires more planning, preparation, and skill than a single sentence can convey. It also requires your kid having the confidence to talk to their partner about a potentially awkward subject. So, if  you feel a little weird discussing  the details of condom-use with your kids, if you can push past that discomfort and talk to them anyway, you’re showing them that communicating about sex is important, even if it feels a little weird sometimes. More importantly, you’ll be giving them the sex-smarts they need to take control of their sexual health. Here are a few tips and talking points to get you started:

Another reason I encourage discussing  condom use and having them available before youth start having sex-a-deux, is that actually putting on condoms isn’t difficult once you get the hang of it . . . but it can take a while to get the hang of it. Partway through first-time sex, is  not the ideal time to be wrestling with rubbers for the first time ever. I think it’s great if teens have a chance to practice putting them on either their own body or something phallic-shaped before making their sexual debut. So what is the right way to put on an external condom? It goes a little something like this:

Latex has a long shelf-life, but eventually it will start to break down. Condoms that are past their prime are more likely to have holes or tear, which totally defeats the purpose of using one in the first place.

2. Push the condom to one side of the package.

This helps protect the condom when you tear open the package. Which brings us to our next step . . .

It's sometimes tempting to use your teeth to do this, especially if your hands are sweaty or slick with lube, but I don't recommend it, as there's a greater risk of nicking the condom when you bite into the package.

4. Gently remove the condom from the package.

Aside from being able to see all of your partner's sexy bits, having sex in the light makes it easier to eyeball any obvious rips or holes in your condom. If you do notice any issues, throw that sucker out and grab a new one.

This helps eliminate air bubbles that might burst once the condom goes on. (Bonus reservoir pro-tip: putting a small drop of lube in there can amplify the sensation and increase pleasure!

6. Still pinching the tip, place the condom on the head of the penis and roll it down the base of shaft.

Confession: after years and years and years of putting condoms on stuff, I still sometimes lose my sense of direction and put it on inside out. If this happens to you, I recommend tossing the condom and starting with a fresh one. If the wrong-way 'round condom has come into contact with pre-cum (known in clinical-speak as seminal fluid) and you simply turn it inside-out, any infectious agents in that fluid can come into contact with your partner's body, exposing them to possible infection.

Anyway you and your partner want to do it! Enjoy!

Ideally, you should remove the condom as soon as possible after ejaculation. To maintain the protective effectiveness, the process should go a little something like this:

1. Grab the condom around the base of the penis.

This helps avoid spillage as you proceed to the next step.

2. Withdraw from your partner.

Keep that hand around the base of the penis until it's free and clear of your partner's body!

3. Carefully remove the condom from the penis.

This is another opportunity to have a quick look. If you notice any obvious rips or holes and pregnancy is a concern, you may want to consider using a back-up form of birth control, like the morning after pill. If you're worried about sexually transmitted infections, check in with your doctor or community health care team about getting tested.

This is just a simple way to avoid spilling semen everywhere.

Condoms in the toilet tend to clog up the works, so tossing them in the trash is best.

That’s basically the jam. But before I wrap this up, just one final note about that last step.

For parents, finding a used condom in their youth’s garbage can may bring up some difficult emotions. Our culture equates sex with adulthood, and  being confronted by the reality that your child has taken a major stride towards growing up can be difficult. If you can, try to resist confronting your kid or saying things that my shame them. Talk to them, yes. But kids who feel guilty don't necessarily stop having sex; however, they may choose to eliminate evidence of sex by no longer using condoms.

Have you spoken to your tween or teen about safer sex? How did it go? Am I the only one who still can’t tell when a condom is inside out? Sound off in the comments below!

The Sex Talk Every Parent Needs To Hear.

Important Lessons We Forget To Teach Kids About Sex.

Category:
Family - Teens
Tags:
Nadine Thornhill
condoms
safer sex
sfe sex for teens
tweens
teens
talking to youth about sex
talking to teens about sex
the sex talk
teens and sex
how to use a condom