What I'm Telling My Young Son About the Stanford Rape Case

Facing My Fears About What Happened In Stanford

What I'm Telling My Young Son About the Stanford Rape Case 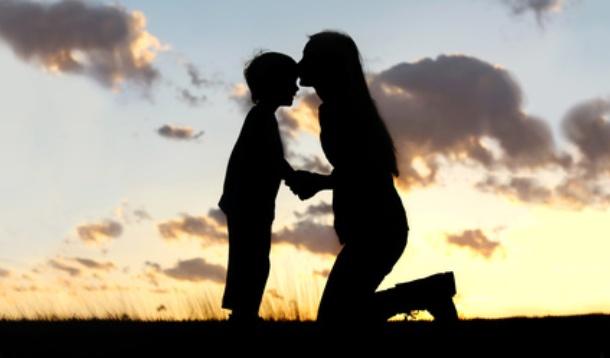 If you’ve been on the Internet this week, there’s a good chance you’ve at least heard about the Brock Turner case, the powerful statement his victim read in court, and his father’s infuriating plea for Brock’s already light sentence to be overturned completely.

After Buzzfeed published the victim’s statement, it went viral almost instantly. Several friends and colleagues read it. I saw them describe the statement as profound, moving, essential and emotional. A lot of folks said that the experience of reading the statement was difficult, that the author was explicit about what Brock Turner had done to her and the the effect it had on her life.

"I should probably read this," I thought. Within hours of being published, this woman’s words had become one of the most important pieces of writing about the effects rape and rape culture. It was my responsibility - like, it was literally my job to know and understand what she told the court and the world. But I didn’t. Not right away. "I know what rape is," I told myself. The truth is, I didn’t want or feel any need to steep myself in a stranger’s pain. I understand how terrible rape is. I really, really do. But I was afraid of what I would certainly feel once I read her statement. I wasn’t ready. So I didn’t read it.

Dan Turner, Brock’s father also wrote a letter that was making a lot of folks incredibly angry. That I could handle. Righteous anger towards people I’ve never met is a cake walk for me, so when a fellow sex educator posted the link on his page, I clicked through to see what possible reason this man had to ask that his son be given an even more lenient sentence, than the pathetic six-months plus probation the judge had ordered.

I’m not going to link to the letter here, but it’s easy to find if you want to read it. It is an absolute shit show that got my blood boiling almost instantly. I was furious as I read the elder Turner’s sob story about how being labelled as a rapist has robbed Brock of his will to cook steak and eat chips. I raged when he called the rape “20 minutes of action.” I was incredulous at his claim that Brock has never done anything violent, including that time he had sex with an unconscious person. When I finished the letter and my body was tight with fury!  Not once in his letter did Dan Turner even refer to the victim. At all. "It’s like she doesn’t even exist," I thought, "she’s not human to him."

And then I had all the easy, angry, righteous thoughts I often have after reading something like this:

‘Dan Turner erased this woman’s existence...no WONDER his son is a rapist’;

‘I know that consent is essential and I’m going to make sure my son knows it too’.

For five minutes I felt comfortably separate from this awful man who had written the awful letter about the awful thing his awful son had done. It was terrible, but at least it had nothing to do with me or my kid or my parenting...

My feelings of self-assuredness began giving way to doubt. I’m ashamed to admit there’s a certain reassurance in looking at young person who’s done something horrible and then drawing a straight line from what they’ve done to their parents’ flaws. But that feeling never lasts. I know it’s not that simple. It is really hard NOT to see a connection between Dan Turner’s letter and what Brock did. But I don’t know if that’s why he did it. I mean, I really really want to believe that Brock Turner is a rapist because his dad is actually the unfeeling sociopath he appears to be in his letter. If I believe that, I won’t have to worry too much about what my son is doing to people at parties in ten years.

But deep down, I know it may not be that simple. After all, my kid sometimes does and says things I don’t condone. I do my best to correct him and have him teach him to take responsibility for his choices. But he’s also his own person and I can’t determine all of his choices. I’m also not a perfect parent. Not even close. I  trying to teach my son everything I believe is important and consent is high on that list. But I’m not always consistent. Sometimes I’m not sure if I’m getting through. I’m doing my best and I’ve had a whack ton of training and experience talking about this stuff, but it’s still trial and error. I look at Dan Turner and think, ‘You clearly didn’t give your son what he needed.’ But what if it wasn’t so clear. What if he didn’t realize what his son needed? I think I’m giving my son what he needs. But I can’t be 100% sure. That’s a hard reality to swallow.

But it isn’t that simple. And it’s definitely not that straightforward. Dan Turner said what his son did wasn’t violent. But it was. Violence isn’t just punching and stabbing and doing things that cause physical pain. Violence is a sinister intimacy that’s created when one person invades another. The violation of a person’s fundamental right to feel safe in their own body has such destructive potential, I don’t even have words to describe it. And yet, it’s not always a dramatic event. It can and does happen quietly, quickly. A mere twenty, ten, even two minutes of “action” can shred a person inside. It can happen without the assailant even realizing what they’ve done. How can I be sure my son understands that?

We know it’s wrong. We think it’s simple. But every single day, I hear the reasons that it wasn’t really rape. She was drunk. She didn’t say “no” when I started touching her. At first he said “no” but then he said “yes”. We were making out before. She went out with me again after it happened. I was just fooling around. I wasn’t inside them. They never said anything.

It has to stop. The intellectual exercises, and semantics and “well, technically it wasn’t…,” don’t erase the damage that rape does. What difference does it make if she was too drunk to remember, if she has nightmares for weeks after? Who cares that the original became a yes, if they felt awful the whole time it was happening. Sex is supposed to be fun, pleasurable and make people happy. If we’re having sex with someone and we don’t care how they feel about it, that’s wrong.

We need to care. We have to want to know how other people feel.

I was still afraid of the victim’s statement. All the learning I’ve done around sexual assault, bearing witness to the pain never gets any easier. But I want to raise a son who’s strong enough to take in big emotions. If there’s going to be any chance of that, I have to be strong enough to do the same.

I finally read the victim’s statement. I was moved by her courage, her unflinching description of what Brock did to her body and the devastating physical, emotional and psychological consequences she and her family have endured. I was proud that she defended herself against Turner and everyone else who’s tried to make her responsible because she was drunk. I don’t know this woman but after reading her statement, I cried hard. She’s a real person in real pain because of what Brock Turner did. It’s all terribly wrong and it hurts knowing that Brock Turner made the choice, but she has to do the hard work of healing.

I don’t know if I’m giving my son everything he needs. But I’ve copied the victim’s statement and when the time is right I’ll give my son her words. When he reads it, I hope he feels it so that he can truly know what it means to consent.

RELATED: How to Talk to Your Kids About Touch and Consent