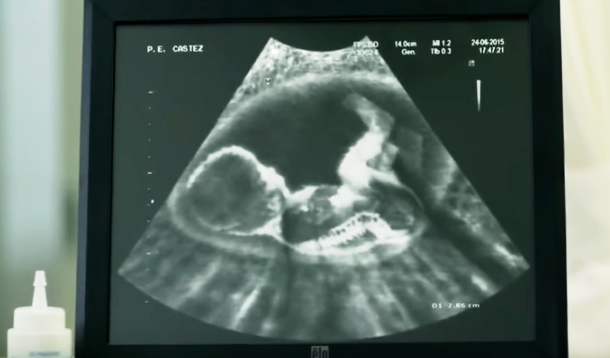 Arguably the most highly anticipated parts of the Super Bowl are the half time show  and the commercials. But among this year's contenders there were so many razzies, it's hard to settle on the absolute worst.

First, there was the Doritos ultrasound ad, in which a fetus launches prematurely out of the womb because it wants the chips daddy-to-be is munching.

Many viewers took to social media to complain about the ad for its tasteless (sorry) portrayal of premature birth. Even a pro-choice rights group came out to lobby against Doritos.

But was the ad actually offensive? I think the only thing offensive about the Super Bowl advertising this year was its insipid offerings.

There was the replay of Cindy Crawford's iconic 1992 Pepsi ad, this time featuring Late Late Show host, James Corden. While I like Corden, the ad itself is pretty lame and uninspired.

Still, the absolute WTF award goes to Mountain Dew for its Kickstart drink that combines "three awesome things" - Dew, juice, caffeine. But, as one commentator wrote, after this ad it should probably rebrand itself as Mountain Don't.

The baby-monkey-pug hybrid is not only weird, it's highly disturbing. Taken alone, all three creatures are irresistibly cute, but put them together and you've got a Stephen King-worthy nightmarish vision.

But #puppymonkeybaby certainly got people talking, which is the whole point of #SB50. Excuse while I work hard at scrubbing that image out of my psyche.

RELATED: Great Superbowl Commercials From the Past