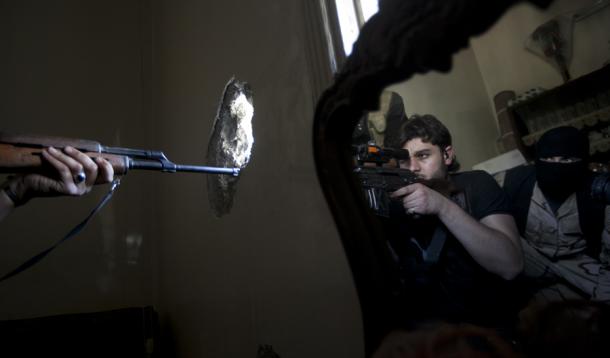 We live in a world where we are surrounded by altered images. There is so much talk about the amount of photo editing that happens in magazines, and the impact that it has on women to look perfect.

But what about photography that is not beauty-related?

Narciso Contreras shared the 2013 Pulitzer Prize in Photography (Breaking News) for his photographic coverage of the war in Syria for the Associated Press. The photos from Contreras and other staff at the Associated Press, including the one at the top of this post, were honoured for "compelling coverage of the civil war in Syria, producing memorable images under extreme hazard."

However, Mr. Contreras is now no longer working for the Associated Press, as they discovered that he recently altered one of his images. As you can see from the image comparison below, Mr. Contreras removed or cloned out a video camera from his image: 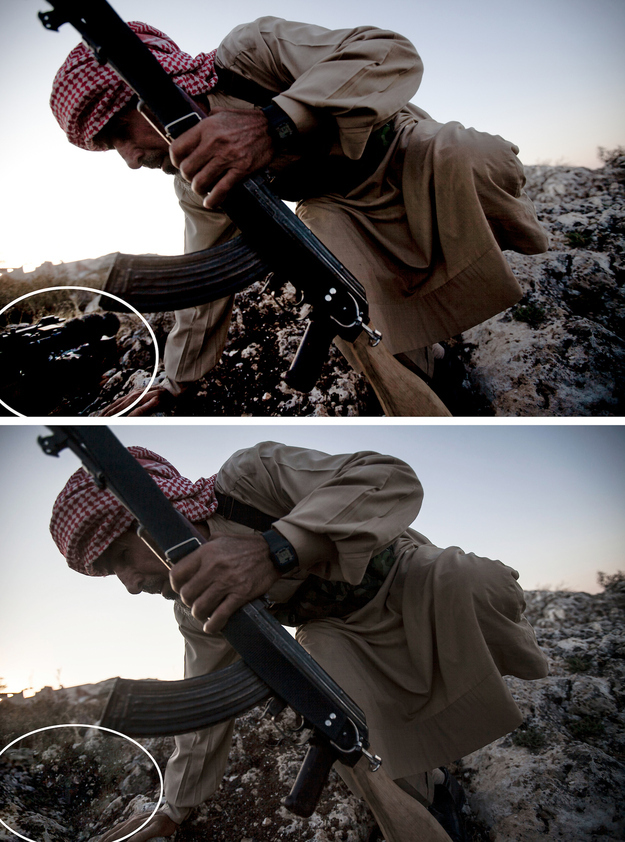 A simple, innocuous removal that, in this case, doesn't change the impact of the picture. Mr. Contreras indicated that (while fully assuming blame for his actions) he felt the video camera might distract the viewer. You could argue that it doesn't really make a difference.

Regardless of how innocuous the edit, I applaud the Associated Press' actions and their zero tolerance policy. It is so very easy for pictures to be altered in a way that the viewer is unaware. Photographs are subjective sources of evidence as it is—the angle the photo was taken from, the lighting, the photographer's choice of subject—and it's imperative that our news outlets maintain accuracy in the photographs that they publish. (It should be noted that news sources do allow photographers to lighten or darken pictures to accurately display the scene that they viewed.)

I feel for Mr. Contreras—the standard by which photographs are judged are almost impossibly high. The quest for the clean, uncluttered photograph is so much easier for the armchair photographer and those non-journalistic professionals who are free to use any effects in finishing their art. In a war zone? I can't imagine the stress of trying to convey a scene fairly, searching for the perfect shot while trying to stay alive.

It should be noted that the Associated Press reviewed all 496 photographs that were submitted by Mr. Contreras to the organization during his time there. This photograph was the only one that was altered.

What do you think? Was the Associated Press right to end its relationship with Mr. Contreras and remove all of his images from their catalogue? What if beauty magazines held themselves to the same standard?

Melissa Gaston: Find The Light Why All Moms Need To Become A Part Of Their Family's Story