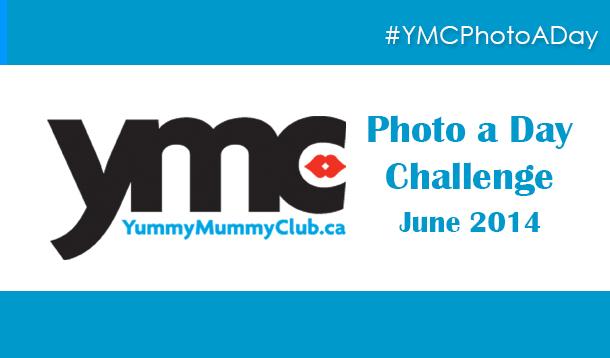 Welome to the third month of the #YMCPhotoADay challenge! Thanks to those who participted in April and May, and hello to anyone who is just joining.

This is a fun way to get your creative juices flowing. Just follow the prompts below for each day in June, and take a photo that fits the theme in some way—feel free to interpret the prompt in any way that suits you. You don't even need to take a picture every day if you don't want to. Don't worry if you forget or have to miss a day, just participate when you can!

You can take your pictures with ANY camera. In April and May, I took all of mine with my iPhone. I keep saying that I'm going to pull out the dSLR, but then life gets in the way.

We really want to see the pictures you take, so if you'd like to share, please use the hashtag #YMCPhotoADay when uploading your photos to a social media platform. If you'd like to see what everyone else is taking, you should check out Tagboard and search #YMCPhotoADay. All the photos posted to Facebook, Instagram, Twitter, or Google+ with that hashtag will be aggregated into one place. (Note: if you post your photo on your personal blog or Flickr, but then link to it on one of those social networks and use the hashtag, it will still show up on Tagboard.) Remember, if you want everyone to be able to see your photos, confirm that your Twitter or Instagram account isn't set to private, and that your Facebook or Google+ posts are set to public for that photo. Be kind and leave encouraging comments for each other on those photo posts!

Here are the prompts for June: 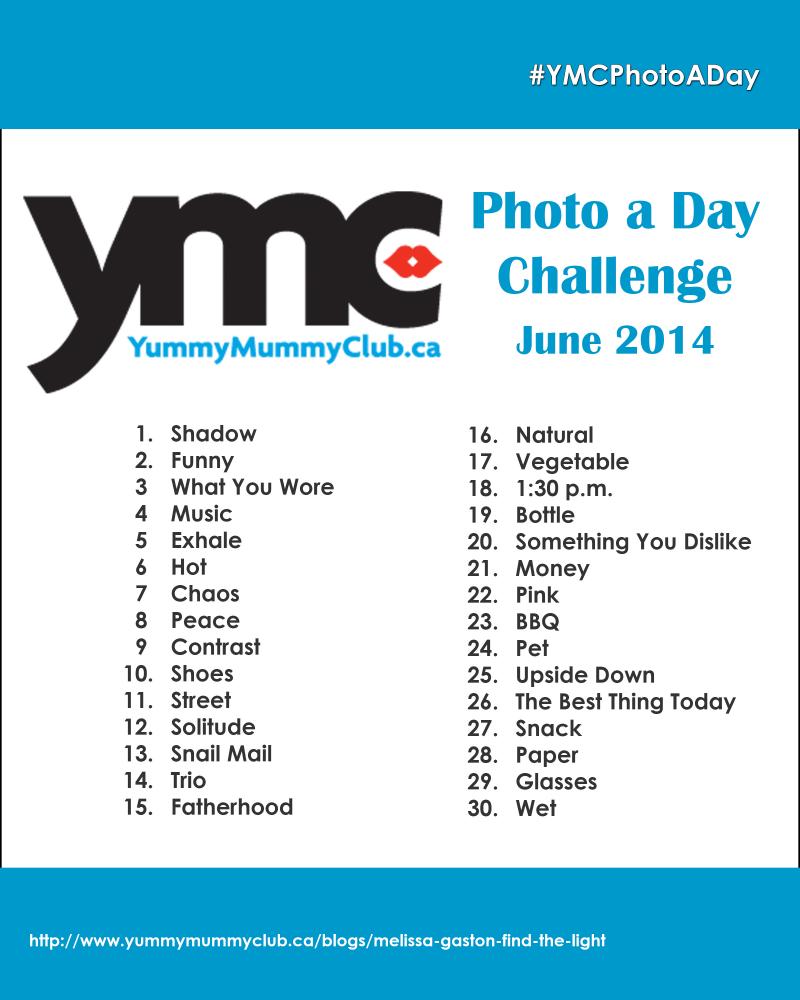 Looking for some photography help? Check out my Photography 101 posts.

Chris Hadfield shares his experience on the ISS 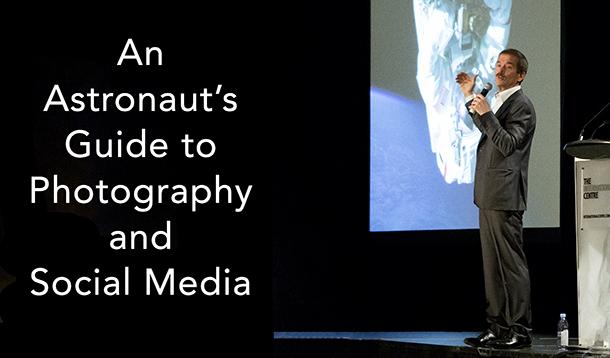 One of my general rules in life is that I don't line up to see anyone (with the exception of the 90 minutes I recently spent in line with my daughter in Disney World so that she could meet Anna and Elsa from Frozen). When I heard that Chris Hadfield was speaking at The Exposure Show in Toronto this past weekend, I made an exception. I arrived an hour before the show opened, two-and-a-half hours before the presentation, and I managed to secure a wristband and a good place in line. Fortunately, my line-buddies were lovely people and the time passed quickly.

After a warm and funny introduction from his friend, Ed Robertson (front man for the Barenaked Ladies), Cmdr. Hadfield took the stage. He comes across every bit as humble and (if you'll excuse the pun) down-to-earth as your neighbour, except for the fact that HE LIVED IN SPACE FOR SIX MONTHS. (Sorry, I get a bit excited at the thought of going to space.)

He recounted funny stories about launch and what (not) to eat for breakfast on launch day. In recounting the countdown for launch and the moment when the rockets fire, he described the ship as coming "alive" with the excited tone and twinkle of a little boy who still dreamed of going to space.

He shared some other stories of life on the ISS, many of which are in his book, An Astronaut's Guide to Life on Earth. He's a man who knows his audience, though, and quickly moved on to the topic of photography.

A few interesting facts that he shared:

On one of the early Apollo missions, one astronaut's bag contained mostly photography items. The only other items were a motion-sickness bag and food.

They use regular (high end) stock Nikon cameras on the ISS—the same cameras you could buy at your local camera store. When the astronauts use the cameras outside on a space walk, they wrap them in a thermal blanket.

Cameras on the space station are replaced every three or four months, since the radiation starts destroying pixels on the sensor almost immediately. The photos with digital cameras are still better than the old film pictures, since the radiation would start exposing the film the minute it arrived in space and before they could even load it in the cameras.

All of the photos are taken with a 50mm lens (which gives a "human eye-view"), a 400mm lens, or a fish-eye lens. They keep the lenses on different camera bodies, so they don't have to swap lenses.

Despite having no scheduled time for taking photographs while on the ISS, Cmdr. Hadfield took 45,000 photos during the six months he was living there.

Despite all the fun details about taking photographs in space, Cmdr. Hadfield’s thought process about sharing his photographs on twitter struck me the most. He said that he thought he should be “the eyes to so many people, to give them an idea not only of how it all looks but how it all fits together.” Adding that in his view, “The beauty of photography is that it is sharing your perspective – unspoken,” and you can see that this was much, much more than someone just sharing cool pictures from space. There is, he said, a “human honesty about the two-way conversation about the photograph.” This, in his opinion, goes hand-in-hand with social media, “The two-way sharing of the uniqueness of the human experience.”

Needless to say, it was worth the wait in line.

Check out some of Cmdr. Hadfield's amazing photos from space.

Melissa Gaston: Find The Light What Does A Photographer Pack For The Olympics?