learn leadership skills and how to achieve goals 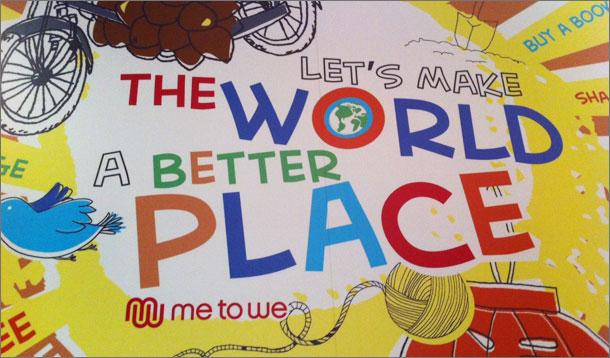 I'm putting together the final touches on my son's busy summer. Of all the things he's going to be doing, he's most excited about attending the Take Action Academy, a week-long sleep over camp for like-minded kids who are passionate about fundraising and philanthropy to learn how to inspire others. Of course there are some sports and arts, but for the most part, the Take Action Academy is a leadership camp to build esteem, create confidence, and help your little ball of passion achieve their goals of making the world a better place.

You know that moment when you see the light go on in your kids; that moment when they discover "their thing." When I brought eleven-year-old Josh to experience We Day put on by the Free the Children Organization, his light went on immediately. The idea of doing good, of paying it forward and raising money for needy children in exotic countries like Kenya connects with my son in a very deep way. He even had a chance to meet Nelly Furtado who announced her donation of $1,000,000 to Free the Children that day. 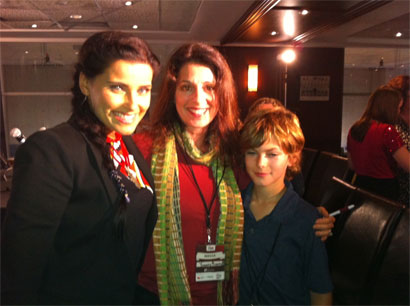 Inspired by his We Day experience, he teamed up with my husband to start raising funds for Free the Children, the charitable side of Me to We. For two months in the fall, he raked our neighbours lawns - and in the process collected over $300 for the charity.

For his Famous Canadian school project, he wrote a long essay about Craig Kielburger, inspired that Craig created Free the Children when he was only twelve and seventeen years later continues to motivate hundreds of thousands of young Canadians to create social change.

As luck would have it, there was an event at the Me to We store in downtown Toronto with Craig in attendace, so I brought Josh along with his jar of cash. To be able to personally hand his mentor the money he raised was incredibly special for Josh. 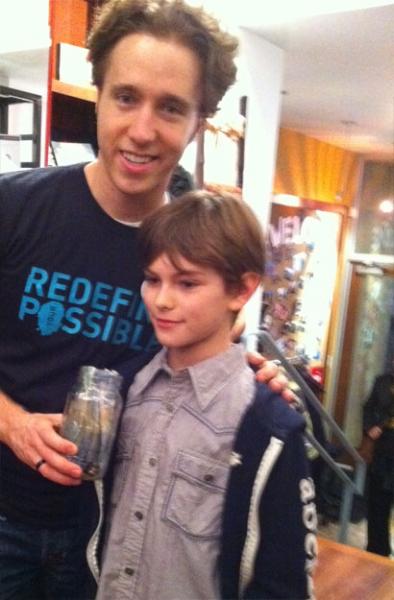 Watching him glow with pride after Craig thanked him profusely for all his hard work made me well up. On our way out we were handed a pamphlet about the Take Action Academy created by Craig. Josh almost fainted with excitement. My son was officially on fire.

"Pleeeaase can I go?" he asked sweetly.

We signed up right away! There are Take Action Academies all across the Canada this summer: Montreal, Toronto, Vancouver, Winnipeg, Calgary and New Brunswick. If your kids want to change the world like mine does, this is the place to be.

Want to see how cool my son is? Read his first hand report on a camp for kids who love animals.