How My Crazy Hippy Parents Shaped My Parenting Style

Why we need to let go (just a little!) and allow our kids to roam free like we did as kids 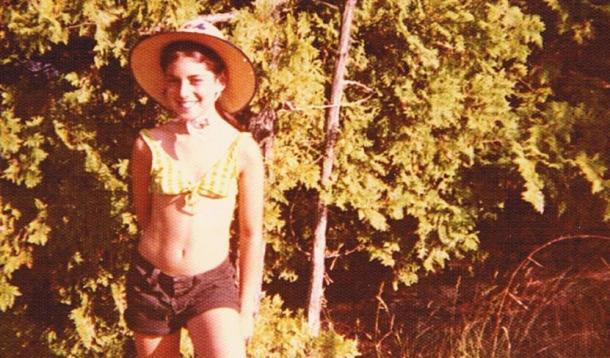 I had a weird and wild childhood. Weird as in good, I guess.

When I was six years old, my crazy-kind-of hippy parents bought a summer camp IN THE MIDDLE OF NOWHERE. Seriously. It's almost 50 years later and the village of Arden, Ontario is still in the middle of nowhere. Since I was six and my sister was three, we would hang out in the back seat of our car listening to 8-tracks of Joni Mitchell, Joan Baez and Crosby Stills Nash and Young, read books and play car games every weekend as we shlepped the four hour drive to camp. Did I mention this happened almost every weekend ALL YEAR LONG? What sane family drives four hours to the middle of Nowheresville with absolutely nothing to do? If you've ever visited a summer camp in the off season, I can assure you, it's a ghost-camp. 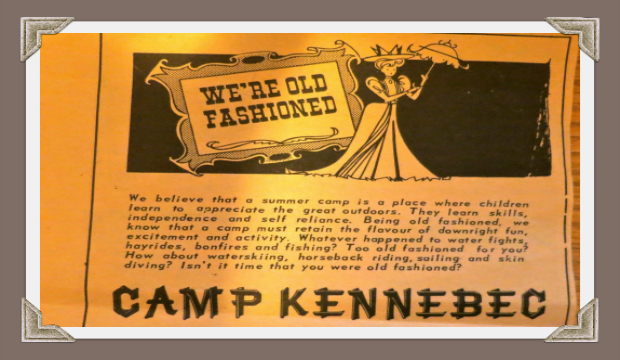 My sister and I got used to being on our own in the great outdoors and making our own fun. We'd run over to the main camp, kick balls, and jump on the trampoline (with no netting, obviously), then go to the rockiest point by our cottage and climb on the rocks. We spent hours by the lake catching minnows with no one to supervise us in case we fell in. We lived, played, and lazed outdoors. My parents had no idea where we were at any given time. This was the same way my mom was raised.

In many ways, it was an ideal upbringing for this city girl, teaching me to be comfortable in the country, never expecting to be entertained by adults, and being able to run free like a colt. My friends envied me. But all I longed for was to be able to spend time with them on my street in the city.

The city was equally carefree and unsupervised for us. If you grew up in my generation, you too probably have stories of taking off in the morning with a gang of friends and showing up at home when the sun went down. We hung out with the kids on the street, walked or biked all around the hood to our friends' places and only came home when our tummies grumbled. Once again, my parents didn't have a clue where we were. 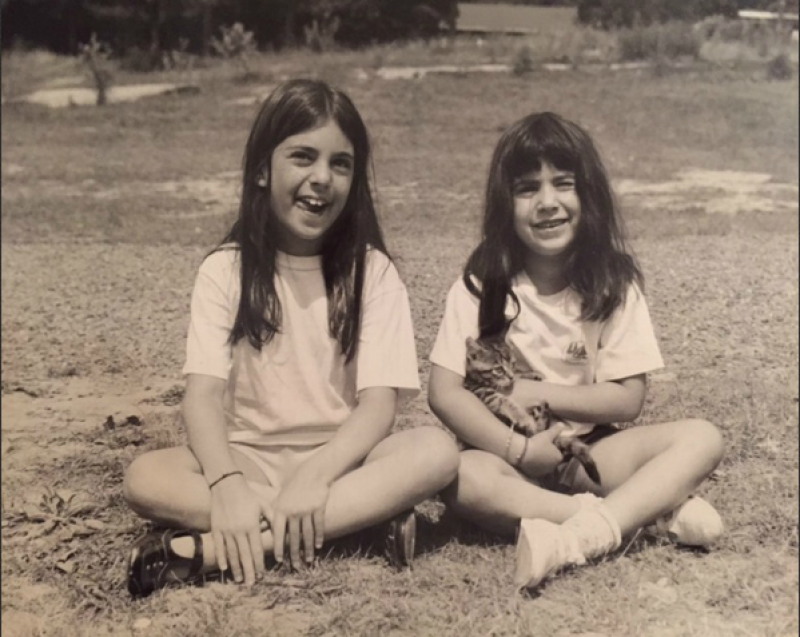 When I was eight, I was showing the neighbourhood kids how cool I was by trying to ride my bike with no hands. The next thing I knew, I woke up in my neighbour's arms as she carried me to my parent's home, my chin split open, blood pouring down my shirt. Luckily my parents were home to drive me to the hospital for stitches.

When my sister was seven my mom got a phone call from a different neighbour letting her know that my sister had fallen off the monkey bars at our local park and had probably broken her arm. Once again, my parents visited the emergency with their wild child, this time to get an arm cast.

What's the moral of the story here? If you're suggesting parents back then were lax, I would disagree. The bigger picture for me is how my parents trusted we'd be okay. And 99% of the time were fine. We were outdoors, having a rich, fun-filled youth full of adventure and energy. I made some mistakes and learned from them. To this day, I still never let go of my bike's handlebars and panic when I see my kids letting go.

Have you seen this video from Nature Valley that's gone viral?

When I first saw it, it hit me in the gut because it's true. Even though I was raised by parents who gave me a childhood filled with freedom, I'll admit I am much more conventional and fear-based in the way I raise my kids. It's not something I'm proud of.

However, my parent's values and voices are still deeply embedded in my heart and head, and unconsciously inform the way I'm raising my kids.

I grew up without a care in the world. My parents trusted the world would take care of me as I stumbled my way through childhood into adulthood. But my generation is burdened with too much knowledge, guilt, and fear to let our kids just be. And our kids are paying the price.

We can limit the number of HOURS our kids are online or in front of a screen, but if we don't let them roam free like we did as kids, what the heck do you think they'll fill all those hours doing? 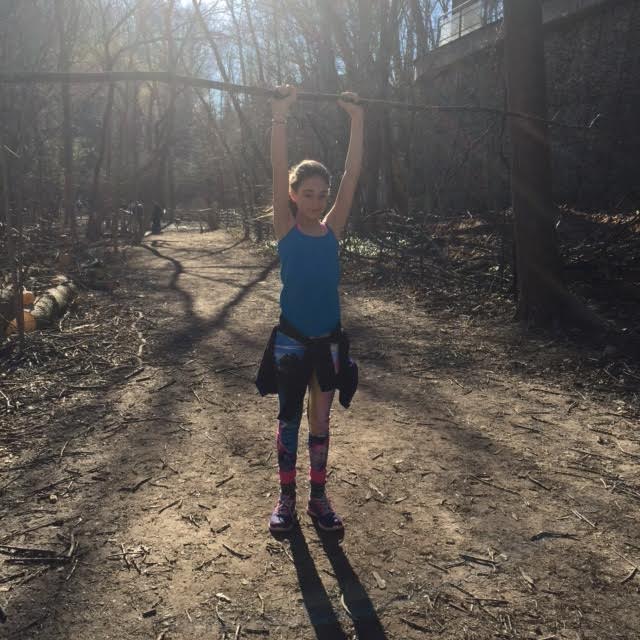 It's my loud opinion that helicopter parenting is the cause of screen dependent kids who won't have the self-confidence to find their own way when they are finally allowed out alone. Trust me, I struggle with that pit of fear when I let my eleven-year-old daughter go to the park around the corner on her own to run around with her friends. I have to b-r-e-a-t-h-e and trust the universe will protect her and hope the common sense rules I've drilled into her head kick in. She has a fully charged phone with her and she's with her friends. I want her outside, running free, out of breath, cheeks pink, throat hoarse from laughing and testing herself away from me.

My fourteen-year-old son went on a five hour hike along the Bruce Trail with his buddy the other day. Was I nervous? Of course. Could something happen to him while he and his friends explored the great outdoors? You bet. But I took a deep breath and let him go to test himself. I crossed every part of my body hoping he and his buddy would make it home in one piece. They did. And he hasn't stopped talking about his adventure since. 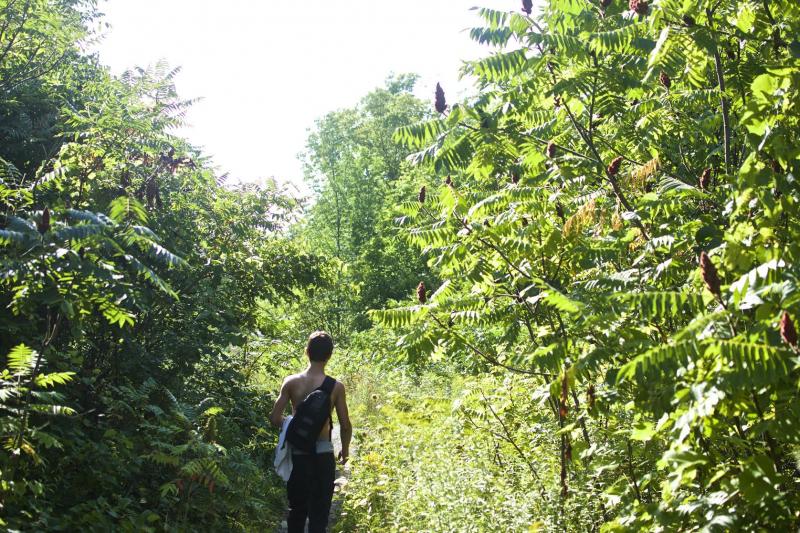 So I have to give a big shout out to Nature Valley for making their video and going out on a limb to show parents where we may be failing; to remind us to make sure our kids are outside, playing, and having a childhood full of rich, carefree memories just like most kids from my generation did.

On September 20th, Nature Valley is asking for you and your family to get outside and explore nature for at least an hour and then share your adventures online using the hashtag #RediscoverNature and #MyBanff for a chance to win a trip to Banff (full details below). It's a no-brainer. Can you do it?

And on a more personal note, I also want to thank powers that be at Nature Valley for recognizing nut allergies with their new Lunch Box collection of nut free granola bars. My daughter deals with food allergies and is thrilled she can bring these to school!

And speaking of shout outs, I also want to thank my still-hippy-ish parents for my weird and wild childhood. I would not be who I am today if you didn't let me learn confidence by trusting the universe and letting me run free and letting me fall (off my bike). This parenting thing's really hard.

Have you met my mom yet? This is how she was raised to play in the 40's...clearly the beginnings of a future hippy.

This is proudly sponsored by our friends at Nature Valley.
www.naturevalley.ca