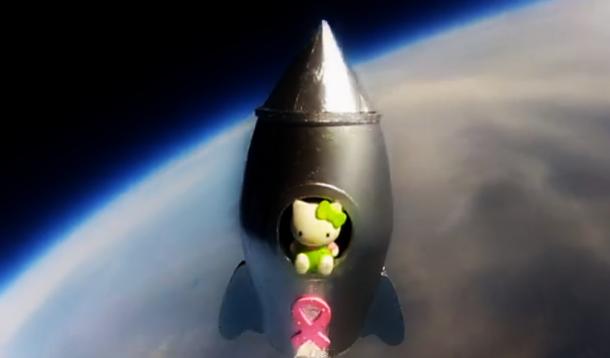 When you hear the words "School Science Fair" you probably think about baking soda volcanoes, right? Not anymore. Kids are getting more creative with science fair projects and a 13-year-old student in California recently made headlines when she launched her Hello Kitty doll into space. Yes, space.

This is the kind of homework kids can really get excited about.

Using a weather balloon, homemade rocket, GPS system, and several cameras, Grade 7 student Lauren Rojas accomplished something very cool indeed. She launched one of her toys into space. Well if we’re being honest here, technically it wasn’t really close to launching into space. Lauren’s rocket achieved an altitude of 28.5 kilometers, whereas the “official boundary” of space is 100 kilometers, but still… if I were Lauren’s Mom, I’d say it did indeed, launch into space. 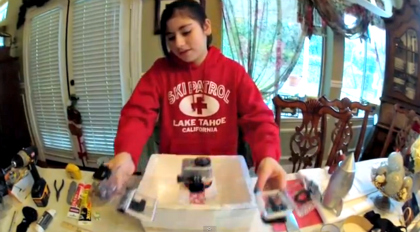 Take a look at the video Lauren made of how she made her Hello Kitty rocket, and check out the AMAZING footage of the rocket’s journey. (Spoiler alert: the weather balloon exploding is most awesome indeed)

Reading about Lauren’s project and seeing what she accomplished strengthened my feeling that, given the opportunity and encouragement, kids can do anything they set their minds to.

Science fairs and school science projects are great opportunities for kids to explore new ideas and get their naturally creative curiosity fed. These fairs introduce technology and processes that are well within a child’s understanding and above all else, science fairs are SUPER COOL. 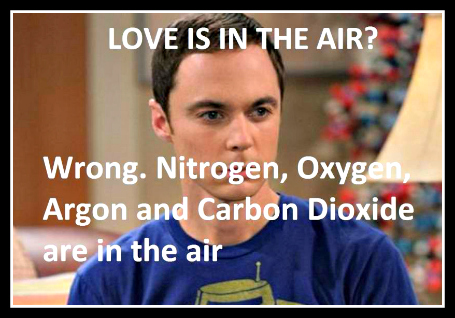 If your child has a science fair coming up and they need some ideas & inspiration, check out ScienceBuddies.org or ScienceBob.com for some very cool projects that will make their science fair rock.

And if you have a budding aerospace engineer in your house that might want to start their own space program like Lauren, check out HighAltitudeScience.com

I think when it comes to kids & science, Carl Sagan said it best: 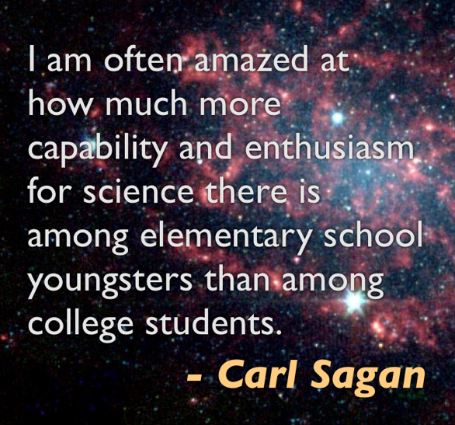 Which Ad Was The Best? 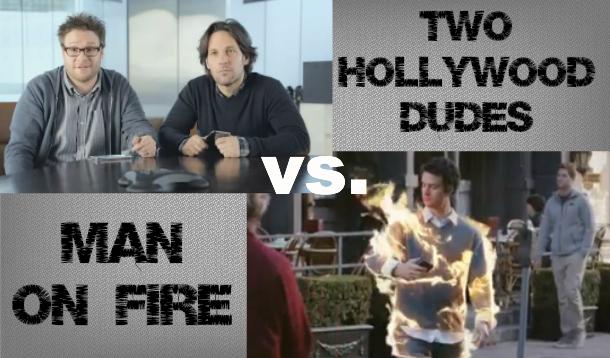 I have to admit that I love the ads of Super Bowl. I’m one of those people that watches them on YouTube for days after the game is actually over. This year was no different and there were a lot of good commercials, but two ads that got a large amount of attention could only be labelled under “Battle Of The Smartphones.”

Both companies had great commercials and they were very different, which got my tiny techy mind ticking.

The Samsung commercial was smart, funny, humourous, and featured two hot Hollywood dudes, plus it integrated the clever hashtag of #TheNextBigThing. The storyline involves Seth Rogen and Paul Rudd competing with each other to see which one is going to be “The Next Big Thing” with Samsung. There are actually a series of videos, and they’re all very clever. Even the third actor playing the nameless executive is funny.

In contrast, there were no Hollywood actors in the Blackberry commercial, but there was a guy going for a very interesting walk through the city. As some very cool & catchy music played in the background, he turned into half of an elephant, caught on fire and watched as a gas tanker careening towards him suddenly turned into hundreds of rubber duckies.

At first I thought he was making all of these magical things happen with his phone, but then the announcer cleared up my confusion with the words, “In 30 seconds, it’s easier to show you what it can’t do.”

Whew! The last thing I need right now is my legs becoming the size of an elephant’s.

Two very different companies marketing two different yet similar products in two very unique ways. It’s interesting to think about what demographic they are aiming for with their ads—because Hollywood actors sell, as does creative imagery with catchy music, but they sell them to totally different types of consumers. I think, anyway.

So, what do you think? Which company won the “Best Smartphone Super Bowl Ad of 2013” award? I’m undecided. However, I have just one question:

Where was the iPhone commercial?

Best Ad Of The Night Was Free And Not On TV 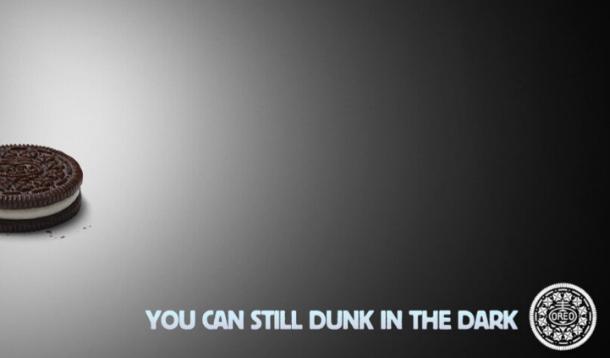 The Super Bowl is known as much for it’s TV advertising as it is for the game itself. The average cost of a 30 second TV commercial during the Super Bowl this year was $4 million.

The commercials themselves become a piece of Super Bowl history. Iconic ads by companies such as Apple, Pepsi, Reebok and McDonalds have generated millions of dollars in revenue and are shown yearly as fans relive the ads of Super Bowls gone by.

However, this year something very different and unexpected happened. Something that nobody in any marketing department of any company could have foreseen or planned for in any way at all.

The power at the stadium hosting the Super Bowl went out.

In the third quarter of the game, the power going into Mercedez Benz Superdome inexplicably went out, causing a 34-minute delay of the game, and not long after the stadium first went dark, this incredibly clever tweet from Oreo came out: 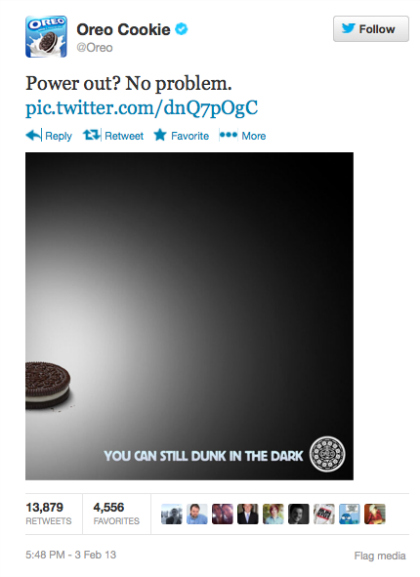 THAT is seriously smart and clever use of using an unusual situation for a marketing touchdown. Within minutes, the tweet was shared thousands of times, not just on Twitter but over on Facebook too. The photo was funny, timely, and clever and it didn’t take long for its appeal to spread like wildfire. 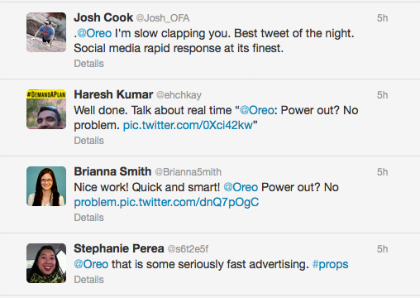 The big question everyone was asking themselves was HOW did Oreo manage to capitalize so very quickly on a situation like a blackout that nobody knew was going to happen? According to an article by BuzzFeed, the agency behind the clever ad had a mission control set up during the game, which included having Oreo executives in the room with them. With that, as soon as the blackout happened, they were able to think up and create the photo, and with the okay from the client, send it out on Twitter.

In a split-second, the tweet by Oreo became one of the most popular ones of the night, everyone was talking about not just the blackout, but about Oreo and the blackout.

Cost for the ad? Nothing.

Mr. Christie, you have good Tweeters.