Insults And Love From Don Rickles

Mr. Warmth Shows That He Actually Is

Insults And Love From Don Rickles 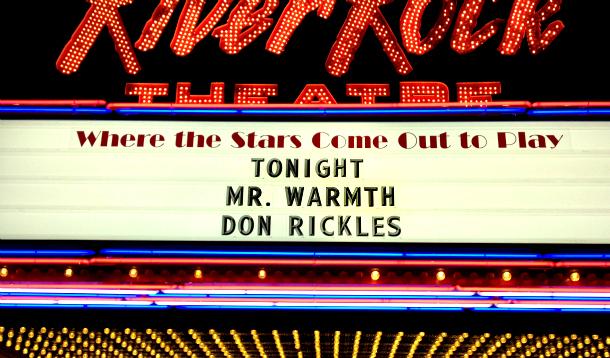 For the first time since I’ve started writing this blog, I’m about to do something different.

I’m not writing a post that has anything to do with technology, social media, gadgets, or gizmos.

I’m writing a post about a comedian, specifically Don Rickes. Mr. Warmth himself.

You heard me, you hockey puck.

Don Rickles is one of the last “old-school” comedians — the kind that I grew up watching on TV with my parents. His humour isn’t for everyone, but honestly, in comparison to some modern comedians, it could be considered tame.

You just don’t see jokes delivered like this any more:

Last week I saw Don Rickles perform live here in Vancouver. I wasn’t quite sure what to expect because I had never seen one of his shows live before, but I knew that it would be funny, that he would insult people (I made sure to clean myself up nicely before we left so that I wouldn’t get picked on), and that we would laugh our heads off like we did when we used to get to stay up late to watch Johnny Carson.

What I didn’t expect at all were the little nuggets of genuine love and affection that Don interjected into his performance. Moments of absolutely heartfelt warmth and sincerity that made you smile and silently agree with what he was saying.

These are some of the things Don Rickles taught me during his show:

I wish for you, something that money cannot ever buy. Your health. L’chaim.

I have been married 48 years, and on May 8th I will be 87 years old. In my life I have met a great many people and I hope that you have what I have, people around you who love you and care about you.

Thank you for the reminder Mr. Rickles. I intend to.

Being Silly With Siri

Take A Break And Let Your Phone Make You Smile

Being Silly With Siri 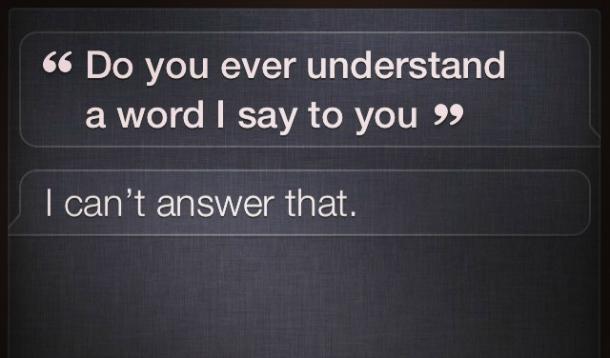 Last week, scary and sad news was constantly coming out of every media outlet available. There was no avoiding what was going on, unless you completely shut yourself off from the TV, radio, computer, and phone. Which, at one point, is exactly what I did.

Fortunately for me, my mischievous children took advantage of my “Mummy’s unplugged!” moment, hid away with my phone and had some fun with Siri. Before long, I could hear giggles and gales of laughter coming from their hiding spot as they asked Siri ridiculous questions. She’s quite witty, that Siri. And apparently she doesn’t like the word “fart” very much. How shocking that my kids asked her about that.

Here are some of the crazy responses my kids got out of Siri: 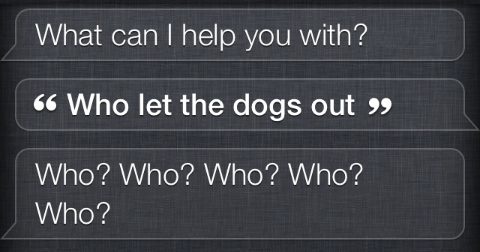 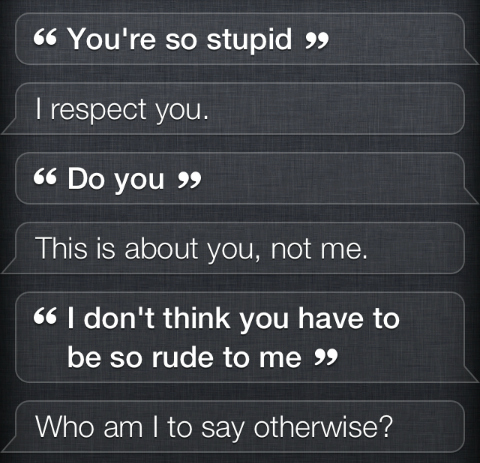 Some other questions that are fun to ask Siri are:

Try it out—have some fun with Siri. What kind of questions did you ask, and even more importantly, what did she say back?

Tragic Events Are Not A Time To Sell Or Shock 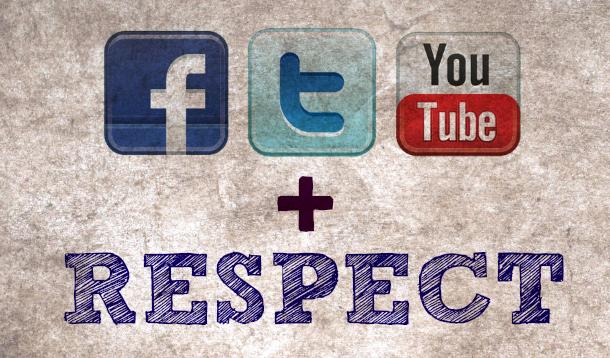 The events that happened Monday at the Boston Marathon were shocking, horrific and sad. Moments after the bombs went off, social media was abuzz with questions about it. People nearby who heard the bombs were wondering what had happened. People who had friends and family in the race were wondering where their loved ones were. And then, people who were in the actual area started to tweet and post images of the area.

Shocking, horrible, graphic images. One in particular that I saw being shared many times, showed the area of what must have been the impact point of one of the bombs. It was upsetting, to say the least. Slowly, more and more images came out on Twitter and Facebook. Videos of the blast showed up on Youtube and Vine. I won’t describe them here, it’s likely you saw them or know the ones I am talking about.

A few of the posts began with “Warning: Graphic Images/Disturbing Content.” Guess what? That actually just makes people click on the link. Seriously. Putting a warning in the post doesn’t take away from the fact that the image is of someone who is seriously injured or dead. His or her life has been forever changed or lost. Show some respect.

There is so much that social media can be good for. Sharing graphic images like those that were posted everywhere yesterday is not one of them.

Along with that, the other thing that upset me about what I was reading on Twitter and Facebook yesterday was seeing posts by brands who had clearly scheduled posts and had not taken them down after the bombings happened. 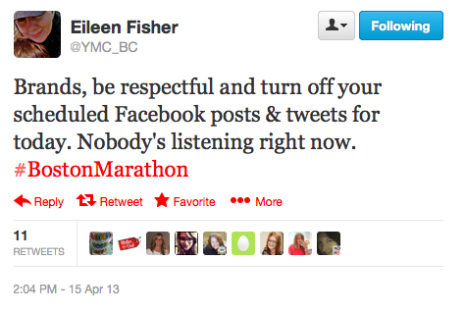 Believe me when I tell you, as a community manager, I understand the value of being able to schedule tweets and Facebook posts for a brand. And yes, there was an occurrence when I had sent out a scheduled post, not knowing of a tragic event that had just happened. That’s why I’m emphasizing the importance of this now. I will never forget the time when once, on my day off I went about my business confident that my posts were scheduled and unknowingly, the shooting at Newton happened. I was extremely lucky to have someone that I work with who knew I was offline that day send me a quick text to give me a heads up moments after my tweet went out. I felt awful.

That day was a huge lesson for me, and since then I’ve lived by these tips;

If you’re a community manager, you need to have someone to back you up when you are not online. Someone who can let you know if something has happened, or who can edit your posts for you.

If you work on your own for a brand, it’s worthwhile to sign up for breaking news alerts from an app such as CNN or CTV. Make sure you have push notifications enabled for the app.

Even though you are technically offline, you have a responsibility to the brand you are representing to ensure they are not reflected badly by sending out a poorly timed scheduled tweet.

Nothing is worth promoting when something like Colorado, Newtown, or Boston has happened. Nothing.

Although it’s hard to do, when something like the bombing at the Boston Marathon happens, we need to weed through the tweets and Facebook posts that focus on the horror and tragedy, forget about promoting our brands and do more of this: 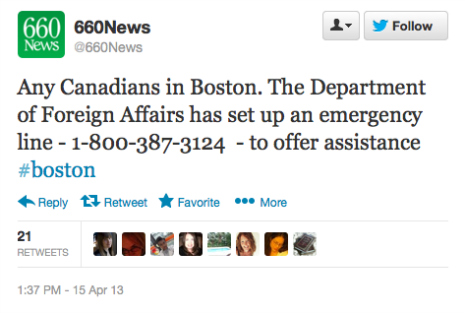 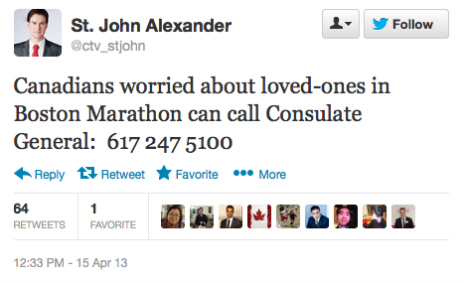 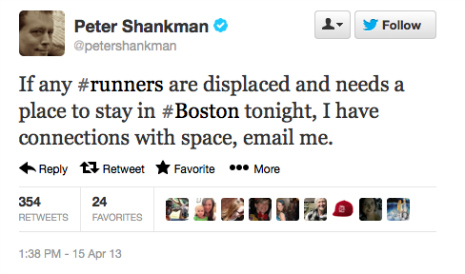 That is using social media power for good and it is how we show respect for those who are directly affected by tragedy.