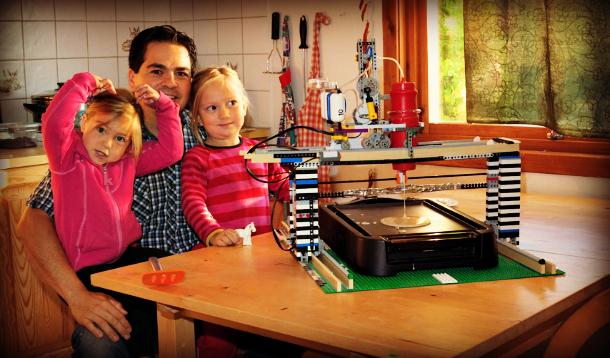 Meet Miguel Valenzuela. He’s an American living in Hokksund, Norway and a dad of two girls. One day his kids inspired him to create something amazing with LEGO—a robot that makes pancakes. 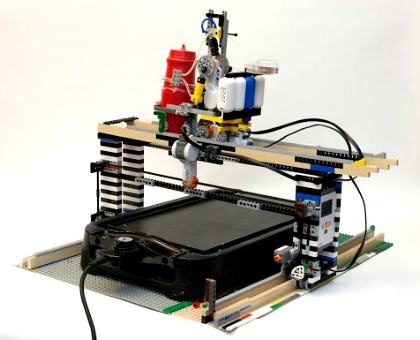 And not just everyday round pancakes either, you can program this amazing little invention to make pancakes of different shapes and even have them spell out a word. 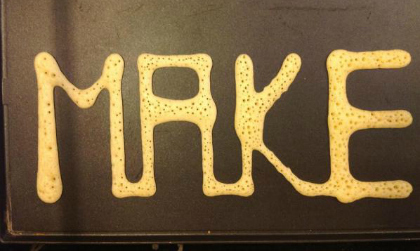 Several months after a little bit of accidental inspiration (one daughter declaring to her sister that Daddy was going to build a pancake machine from LEGO), the LEGO Pancake bot was born and breakfast in the Valenzuela kitchen took on a whole new meaning. 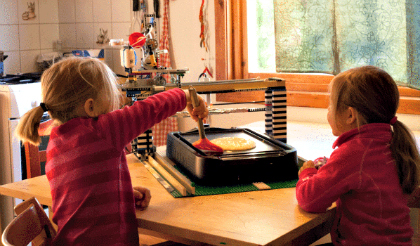 Miguel has recently launched a campaign through Indiegogo to raise funds so that he can bring his LEGO Pancake Bot to the 2013 Maker Faire in San Mateo. If you have a budding LEGO builder in your house, take a look at his campaign—some of the premiums include the actual building instructions for the Pancake Bot. My little LEGO builder got his instructions today, and I’m looking forward to having my breakfast made for me one day by a LEGO Pancake bot of our own.