Staying Plugged In When The Power's Out

Charge Up, Power Up, Top Up.

Staying Plugged In When The Power's Out 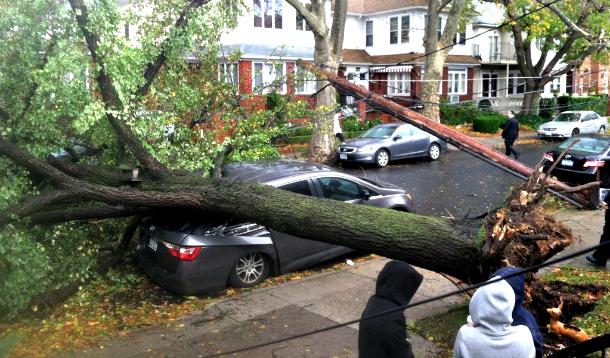 With Hurricane Sandy raging across the east coast right now, we are all being reminded of so many things. Like making an emergency kit, knowing where flashlights and candles are, stocking up on food & supplies etc. But as I was reading tweets and Facebook posts yesterday, I saw a lot of people talking about how they were preparing for the oncoming storm by making they were “all charged up,” as in, phones, tablets, laptops.

Good point... I thought (as I tried to remember where all of my chargers were). We take the battery life of our tech devices for granted, but when there’s the possibility of a power outage, we need them more than ever!

In a power outage, your cell phone or mobile device may be your only contact with finding out what’s happening in the rest of the stormy world. And we all hate that feeling when we pick up our phones and see a little number like “25%” on the battery life indicator.

Here are a few things to keep in mind in storm season, so that you’ve got some connection with the world during a power outage.

If you’ve still got power on your devices, check out the Twitter feed for the Weather Channel’s Hurricane Central for the lates updates & photos from Hurricane Sandy

For more information about emergency preparedness, check out the Canadian Red Cross page here. They have excellent info and links—things that make you go...RIGHT! I have to do that!

Stay safe, stay warm, send me a tweet to let me know how you did in the storm.

Technology and Kids: The Perfect Mix

Technology and Kids: The Perfect Mix 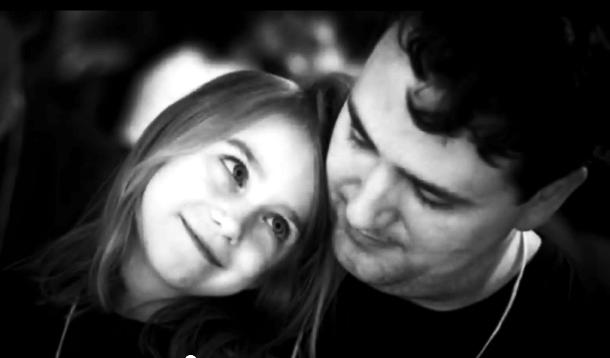 Meet Cassie. She's a typical 6-year-old, goes to school, likes to skip and sings a rockin' version of any given Raffi song.

And this week she'll be onstage with her Dad Ryan at TEDxToronto.

As soon as I heard about Cassie Creighton and what she's accomplished at the age of 6, I knew I wanted to talk to her. Last week i got the opportunity to chat with Cassie and Ryan and find out more about Sissy’s Magical Ponycorn Adventure and their appearance at TEDxToronto this week.

I had lots of questions for Cassie, and she had quite a few for me. First things first, she wanted to know which of the GigaKids was in my Skype photo with me. (Whew, that was easy...) It was so refreshing to talk to this clever young girl and just talk about her game and how it came to be.

When Cassie was 5 years old, her Dad Ryan took her to a weekend game jam. This is the type of tech-event for programmers to create and exchange ideas for creating online games. It’s not usually something that kids her age go to, but on this particular weekend, her Dad decided to bring her along. 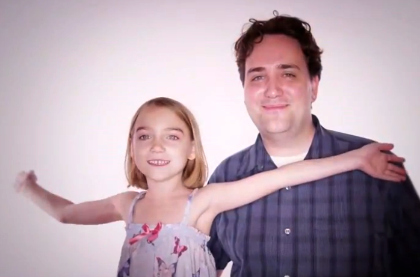 By the end of the weekend, Cassie and her Dad had created Sissy’s Magical Ponycorn Adventure. As Ryan told me, initially the idea of the game was for it to be a tetris-like puzzle, but by the end of the weekend, something completely different evolved. Cassie did all of the artwork and voice overs for the game, and I think it’s safe to say, directed her Dad in his tasks as well.

Ryan is convinced that kids need to be taught and encouraged from an early age, that technology can be used to create, educate and inspire. And I have to say I agree with him whole-heartedly. Like teaching kids to swim or ride a bike, it's imperative that kids today are introduced and shown the possibilities that are there for them in the world of technology. There's no reason why not to. I have yet to meet a child who isn't instantly attentive to something tech-related. There is no fear, no apprehension. They just know that they are going to love it, and because of that love, they learn effortlessly.

I sat and played Cassie’s game, and saw the appeal of it right away. For me as a mom, the fact that it’s the brainchild of a Kindergartener made it all the more appealing.

Kids have a natural ability to absorb knowledge and learn. When it comes to technology they are 100% uninhibited and unafraid. They have no reason to be, because they know they can do anything they set their minds to do. Luckily for Cassie, her imagination and creativity has been encouraged by her family, and they in turn put their "little grey cells" to work to find out how they could make her magical idea a reality.

They could have said "no" but they didn't, and what they've accomplished together as a team is amazing and inspirational.

You can read more about Cassie and her game—Sissy’s Magical Ponycorn Adventure here—and watch for their video on their TEDxToronto appearance.

Congratulations Cassie—I can't wait to hear what you have in store for us next!

No Such Thing As Too Much Protection 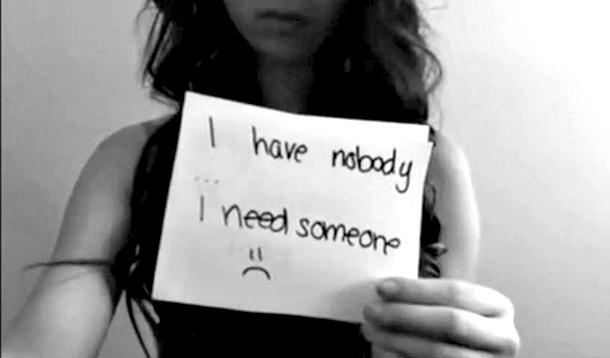 Technology is an incredible and wonderful thing, and I truly believe it’s something that everyone needs to embrace in whatever way they can to enrich their lives. Geekdom rules. However, there is an ugly side to technology and social media: Cyberbullying

Like thousands of others last week, I was totally devastated to hear of another teen suicide that was the result of cyberbullying. Beautiful 15 year old Amanda Todd took her own life after years of trying to undo a mistake she did online.

When Amanda was just 12 years old, she was talked into doing something online and trusted the person coercing her. What happened afterwards spiralled Amanda into years of unrelenting bullying and blackmail that quickly moved from her online world to her world in person. She tried to fix it and when she couldn’t, she felt the only way out was to take her own life.

This beautiful girl should be alive today. This should not have happened. But sadly it did and everyone seems to be saying the same thing:

The sad truth of it is, nobody knows for sure. Her family did everything they could to make it stop. Her Mom Carol is much more tech-savvy than the average parent, but even that was not enough. There’s so much talk about people being against cyberbullying but it’s still happening. And kids are dying because of it.

Sadly, even after her death, Amanda Todd is still being bullied. There are jokes and images all over the internet about Amanda and her death. Seriously. That’s sick and disturbing. It’s hard to think that kids are really not getting that cyberbullying is NOT okay and it’s not funny. I don’t think it will ever go away.

Stories like this shake me to the core. Not only because it makes me angry that the evil side of technology and social media comes to light, but mostly because I have kids. And when it comes to my kids being online, I am their worst nightmare.

I have a confession to make. When I’m not busy working, being a soccer mom or golf widow, I’m up to something else.

I am my kids own personal CIA agent. Online.

It’s my feeling that if you have kids who have an online personality, parents have to be involved with what they are saying, and what is being said to them.

How I explain it to my kids, is that whatever they’re saying to people online, they need to imagine saying it with me in the room listening. I honestly don’t care if I hear cries of “Total invasion of privacy!” I think it’s what I need to do to be proactive as a parent whose kids are online. That’s just me. But I think the important thing is that if your kids are online, you do need to have an awareness of what’s going on, and not just be complacent to think that nothing bad will happen to them. Because it could.

If you have a child online, here are a few things you can do to try and help keep them safe. Remember that nothing is 100% foolproof and not everything works for everyone, this is just what I do when I have my CIA hat & dark shades on.

Being a parent in this changing world of technology can be scary and daunting. But when my kids were born, I made a vow to keep them safe no matter what. If that means I have to be the bad guy, so be it.

I’d rather that I be the bad guy than someone else.