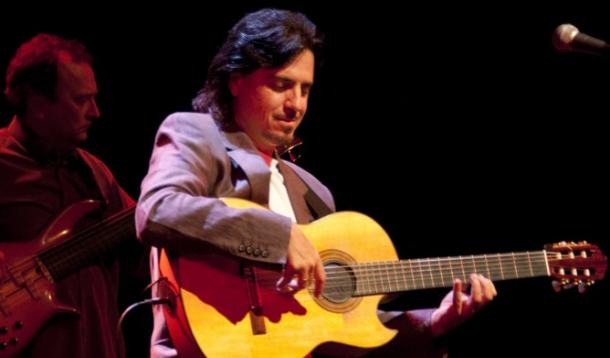 Roberto Michele Buttarazzi was raised in the town of Arpino, about 95 kilometers southeast of Rome. It was here that Robert first heard the music that would inspire his love for music. His father was an accordionist and played at many family gatherings. His grandfather owned a restaurant and Roberto would spend hours listening to the music being played in the courtyard during wedding and celebrations.

When his family moved back to Canada his ‘ear’ for music had been formed. After hearing his friend strum a few bars of a Beatles' song on his guitar, he knew that music is what he would be doing for the rest of his life, “All it took was those six strings and the clanging of a couple of chords and I was done for."

Robert's life was transformed that day, and though his parents—especially his father who was once a musician himself—were initially reluctant, fearing that his schoolwork would suffer in the face of his musical ambitions. But Roberto was persistent. In the end, his mother gave in and bought him a guitar, "I remember that day well. It was a generic classical guitar. It was gorgeous. It was an imitation and very difficult to play but I didn't care because I made it work by filing down the frets and lowering the strings. I first picked up the guitar in 1973 and I was so intrigued by jazz and classical music. Yes, I loved pop and rock music. I was a big Kiss fan and I listened to Deep Purple, Led Zeppelin, Carlos Santana, Eric Clapton and many artists like that. A lot of those artists were my heroes. I played a bit of that music but, at the time, the guitar instructor with whom I was studying was heavily into jazz and classical and that really intrigued me. I saw the complexity in the music. Rock was great; pop was great but I knew I really needed to master the jazz and classical styles before I could say I really knew how to play this instrument."

“Over the years, I’ve had experience playing so many other styles that I merely incorporated all of the influences,” adds Robert. “My style was never planned. I arrived at it spontaneously while playing in front of audiences."

Now a Juno Award-winning and gold and platinum-selling recording artist Robert Michaels has released his newest CD “Via Italia.” The album is a sentimental and very personal musical journey to the heart and soul of Italy. It's Robert's emotional, yet joyous, tribute to his family's heritage inspired by the music and culture of Italy.

“Via Italia” is available for purchase at: robertmichaels.com

Here's a great track from Robert Michaels...not from his latest album but definitely worthy of a listen.

The Acclaimed American singer-songwriter-poet is back 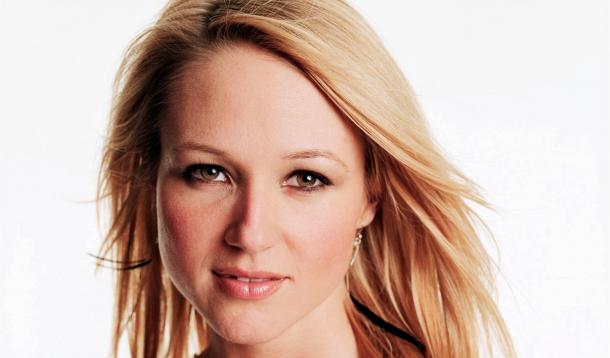 Since achieving international stardom 18 years ago, the Alaskan beauty has emerged as a charismatic live performer and a respected songwriter with 10 studio albums and four Grammy nominations to her credit. Rhino brings together Jewel’s best for her first ever career-spanning collection that includes new recordings of two classic hits with guest vocalists: “Foolish Games” with Kelly Clarkson and “You Were Meant For Me” with the Pistol Annies.

Jewel’s GREATEST HITS will be available February 5. Signed to Atlantic Records before she was 19, Jewel has sold more than 27 million albums during her career. Her 1995 debut, Pieces of You, dominated the charts for with “Who Will Save Your Soul,” “You Were Meant For Me” and “Foolish Games” on its way to selling more than 12 million copies in the U.S. alone. Her next two albums—1998’s Spirit and 2001’s This Way—both went platinum while introducing fans to hits like “Jupiter,” “Hands,” “Standing Still” and “Break Me.”

Jewel switched directions in 2003 with 0304, an album that fused elements of electronic and folk to create a delightfully quirky mix epitomized by the contrast of dance beats and accordion on the single “Intuition,” which became a huge hit single on both the dance and pop charts. “Good Day” is taken from Jewel’s fifth top 10 album, 2006’s Goodbye Alice In Wonderland, an album on which each song was a chapter in an overarching story. In 2009, Jewel recorded Lullaby at her home in Stephenville, Texas. This best-selling children’s album—her first of two so far—mixed originals with standards like her stunning cover of “Somewhere Over The Rainbow.” She followed up Lullaby with, The Merry Goes ‘Round which was named iTunes “Children’s Album of the Year” in 2011.

Jewel topped the Billboard country album chart in 2008 with her first country album, Perfectly Clear, which is represented on this collection by the Top 15 single “Stronger Woman.” Her second country album, 2010’s Sweet and Wild, included the Grammy nominated-single “Satisfied.”

Bring On The Folk

Bring On The Folk 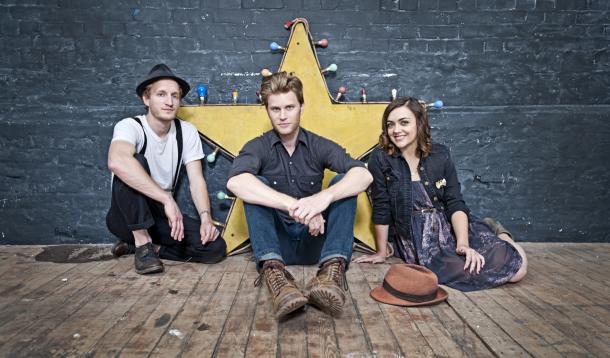