An inspiring story from Britain's Got Talent 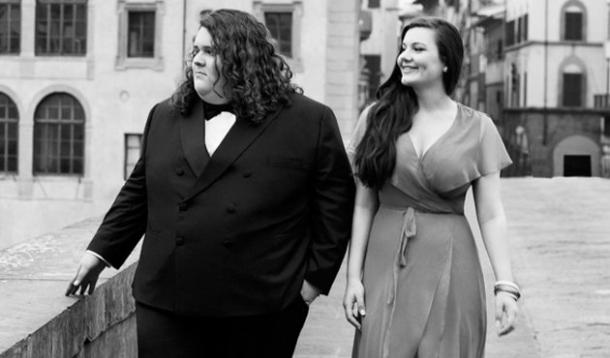 Teenagers Jonathan & Charlotte rose to fame in the U.K. through the TV show Britain’s Got Talent. A TV show that I'm a little obsessed with—so many amazing auditions and stories of undiscovered talent.

From the first moment I saw their audition on YouTube I was an instant fan. It tugs at the heart strings, gives you goosebumps, and reinforces that whole 'never judge a book by its cover' saying...

Jonathan & Charlotte finished up the sixth season of Britain's Got Talent in second place at just 16 and 17 years old. The two were paired together by their vocal coach and they’ve been very open about how their partnership has positively affected their lives. Jonathan’s life has been filled with constant struggles with bullying and depression, and music has helped him develop confidence that he so desperately was searching for...

When you hear his voice paired with Charlotte's you wonder how he ever doubted his natural, magical gift.

Jonathan & Charlotte's Together is a classical crossover album (currently available in stores and on iTunes), featuring traditional songs and classical interpretations of pop songs like Everybody Hurts by REM.

I love this album and have been listening to it non stop since I got it...and the back story just makes me love it that much more. It would make a perfect Christmas gift for any music lover on your list. And it has Simon Cowell's stamp of approval...really what more could you ask for?

Helping To Put An End To Bullying 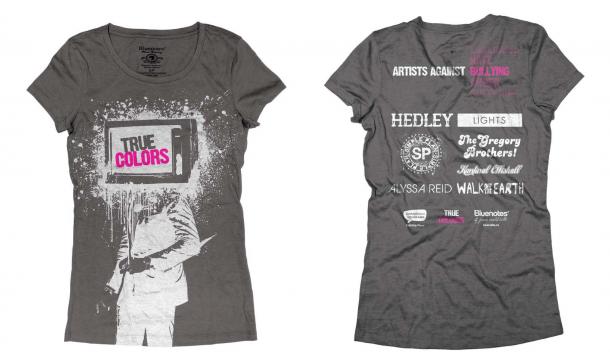 Needless to say after the blog I wrote last week about my son and his bullying experience I'm all over this new initiative by Bluenotes and a group of Canadian musical artists.

Continuing their successful 16-year partnership, denim retailer Bluenotes has created an exclusive T-shirt in support of Kids Help Phone and the fight against bullying.

The tee, designed in collaboration with seven of Canada’s top musical artists, made it launch across North America on November 16, in line with National Bullying Awareness Week. Highlighting the impact of pop-culture in youth’s lives, this year’s initiative brings together Wax Records’ artists Simple Plan, winners of the Juno 2012 Allan Waters Humanitarian Award, Lights, Hedley, Kardinal Offishall, Alyssa Reid, Walk Off The Earth and The Gregory Brothers to bring attention to the topic of bullying through fashion and song.

“We want to empower younger generations to speak up against bullying on their own terms” say Royal Nasager, Director of Marketing at Bluenotes. “Our goal is to not only raise money to help awareness, but also engage pre-teens and teens through the creative channels that interest them most—fashion and music.” The exclusive Bluenotes graphic tee, inspired by the song “True Colors” made famous by pop star Cyndi Lauper, will see 100% of profits given to Kids Help Phone and includes elements from each featured musical talent.

The artists also recorded a remake of the iconic song, available for purchase through iTunes with proceeds going to Kids Help Phone.

“The face of bullying and harassment has evolved dramatically over recent years. A major part of Kids Help Phone’s mandate, and goal in our partnerships, is to invent new ways to reach more youth and encourage the anti-bullying discussion” says Sharon Wood, President and CEO of Kids Help Phone. “This year’s partnership with exceptional Canadian talents and Bluenotes, our largest project together to-date, is a huge stride toward eliminating the taboo surrounding seeking out help.”

My Son Is Being Bullied

No kid should ever feel afraid to go to school—ever

My Son Is Being Bullied 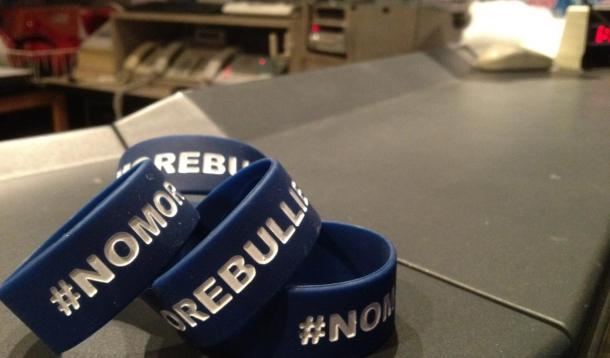 It’s 2:03am on Saturday night and I’m wide-awake and completely unable to sleep. My mind keeps replaying the conversation earlier this evening my husband and I had with my six-year old son.

My son tonight admitted to us he was being bullied at school.

Now for those who know my husband, know that he is the founder of the #NoMoreBullies campaign. This campaign has Majic 100 (an Ottawa radio station) and a team of speakers visiting schools in Ottawa and the surrounding area speaking to kids about bullying and putting an end to it. Needless to say that gigantic neon sign flashing the word ‘irony’ over and over again isn’t lost on me.

That conversation, listening to my son talk about being bullied was the hardest, most gut-wrenching thing I’ve ever had to listen to. My son who was a happy, optimistic, always positive kid had turned into this angry, moody, fly-off-the-handle argumentative, non-trusting shell of a boy that I once knew. Honestly for the longest time I blamed myself. I thought he was angry with me for having gone back to work full-time. I wish that my going back to ‘work’ was the reason behind the personality change in my son. The fact that it all stemmed from him being bullied was overwhelming for me. I haven’t cried that much in a long time.

To hear my son say that he was afraid to go outside for recess because he feared being followed around the schoolyard and called names like ‘dumb,’ ‘stupid,' ‘idiot,’ and ‘baby’ and being pushed and shoved broke my heart into a million pieces. But the worst was that he was starting to believe the words. He said, “I know you keep saying that they are just words and I should ignore them Daddy, but sometimes the words are just too strong and my brain tells me to believe the words. Maybe I am the world’s worst boy and I don’t deserve to be at that school or in this family. Or maybe I shouldn’t even be on this Earth. Those boys are making my life shorter Daddy I feel that in my head.”

That last sentence sent chills up my spine. No six-year old should ever even think of coming up with that last sentence. But that is the reality for my son. His over-active imagination had him thinking that one day the bad kids would lock him up in a dark place and he would never see his family again. Or even worse, he thought that one day he would come home with scratches all over his body and a torn jacket and torn backpack. No kid should ever feel afraid to go to school—ever. It should be a place where they love to go and more importantly a place where they feel safe.

If I didn’t preach the cause or campaign of #NoMoreBullies loud enough before, I can promise you now that from this day forward you won’t be able to shut me up. Try me. I knew it was a serious problem in our schools before but when it hits this close to home you have a heightened sense of urgency in the cause and finding a solution. I get that kids will be kids and you’ll never eradicate the name calling or ‘tough kids’ but this generation seems to be increasingly filled with kids that keep pushing and testing the boundaries further and further with no true sense of what they’re doing or saying. Or maybe they do and they just are so completely ignorant of the consequences of their actions. Teachers and schools need the resources and support to deal with this ever-growing problem. As we as parents need to be more proactive. We need to talk to our kids about being bullied and what bullying is and what it does.

There is no sugar coating this subject. I know my son’s case is what would be considered a ‘mild’ case of bullying—my husband has read hundreds and hundreds of emails from parents and kids who have experienced the full effect of bullying. My husband says some of the stories are just too unbearable to even repeat. We need to have this conversation with our kids. And we need to have it regularly and keep the lines of communication open and keep the dialogue going week after week until it sinks in.

I refuse to let my son be a statistic. I would give up my life for either one of my two kids. And I’m going to stand up for them and speak for them when they are too afraid to do so.

Before he finally fell asleep my son asked my husband and I if we were mad at him for telling us what was bothering him. We both answered no and told him how incredibly proud of him we were because we knew how hard it was for him to tell and us, especially since it had been bothering him for such a long time. We told him we thought he was very brave. He cried. We cried. We said ‘I love you’ and we had extra long hugs.

I stayed with him until he fell asleep. I just stared at him. Watching him breathe. Hoping that his mind would be filled with nothing but good thoughts and dreams while he slept.

And I wished that in the morning he would turn back into that happy, carefree little boy that I once knew.

Consuelo Bernardi: The B Sides The Hippy Mafia

Consuelo Bernardi: The B Sides League of Rock in Ottawa