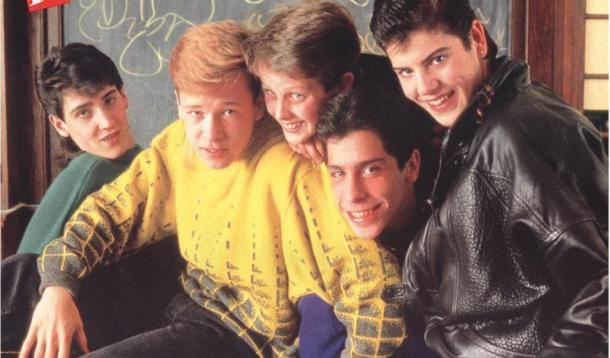 OK it's no big-shocking-TMZ-breaking-news-headline that I, Consuelo Bernardi even at age 40, have a soft spot for the boy bands of my youth.

And cue my slight not-quite-yet-restraining-order-worthy-crush on NKOTB, more specifically my love...lust...he's still super hawt in my books, Donnie Wahlberg.

Now, I have met him before — and cue my successful 'mission Donnie Wahlberg ass grab' in Ottawa during their NKOTBSB tour at Scotiabank Place.

Yes, I even have a tank top to remind me of that most momentous day that my hand was placed in an outstanding skin to material ratio down the back of Donnie's jeans. [Yes I wore the tank top when I met him again]

I mentioned he has the ass of a 20-year-old right? Not bad for a guy who's turning 44 in August.

But I never had the chance to actually sit and interview the boy band of my dreams.

My co-worker [and boy band loving sistah from another mistah] Candace Drover and I managed to secure an exclusive one-on-one with three of the members of NKOTB for our radio station MAJIC 100, during their Ottawa stop on their 'Package Tour.' But 24 hours later all was resolved, the stage was finally ready to go and we were backstage for the interview with Jordan Knight, Jonathan Knight and Donnie Wahlberg (squuuueeeeeee!)

The interview itself went off without a hitch — it was damn funny at times, got a little dirty (and cue my Shake Weight demonstration moment...I'll spare you the details...just google a Shake Weight video and you'll put two and two together on my cries 'OMG that's not what I meant!' Although in my defense Jordan and Jonathan thought it was damn funny and Donnie thought it was very hot) and all three guys were in full 'come on let's talk mode.'

Now I have had the opportunity to meet and speak with a lot of 'celebrities' during my time in radio. Sometimes the experience is amazing and other times it's been 'I really wish I hadn't met them' kinda deals.

But this one I have to admit I had a lot of expectations going into...it was wishful thinking that the guys in this band, that I had been following and idolizing since I was 17, were going to be everything I had imagined them to be in person.

And they were. They were warm, funny, flirty, down to earth and personable. And it was during that interview I had one of those "moments." 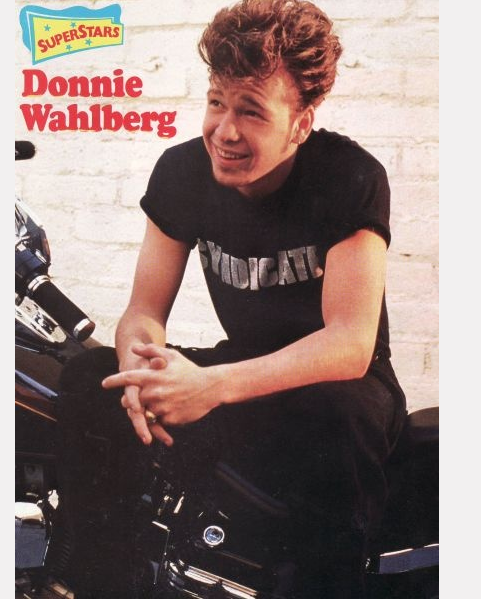 And in a freak photographic accident that moment was captured in time. I look absolutely ridiculous...or at least that's what the 40-year-old woman in me sees every time she looks at the picture. She's screaming 'my god woman you're 40, pull it together!'

But that 17-year-old girl that still exists in me — she was out of her everloving mind in that moment. There I was in a room with members of New Kids On The Block and sitting next to the guy that I had sent over a hundred fan letters over the course of my teenage years. The guy, who in those fan letters I had professed my undying love to and told that one day I wanted to marry him. THAT guy was answering interview questions while he held my hand. My hand. There is no way that the 17-year-old girl in Ottawa sitting on her bed with the New Kids comforter, listening to a cassette tape that consisted nothing more than the song 'please don't go girl'  recorded over and over again, would have ever believed that 23 years later she'd be sitting, meeting and speaking to THE Donnie Wahlberg. Not in a million years.

I'm really glad I took that moment to appreciate the full-circle moment.

And I want to thank those three Boston boys, now full grown men. I know for them it was just another tour stop and another interview in another city but for me it was a moment I will never forget.

I wish everyone could meet the celebrity crushes of their youth and have it be such an amazing experince. I'm lucky that the opportunity has been afforded to me not once, but twice. I am fully aware of the opportunites that are presented to me...opportunities that other die-hard fans would kill for. And it's something that I won't ever take for granted.

Needless to say...it may take a while for the smile to come off my face. 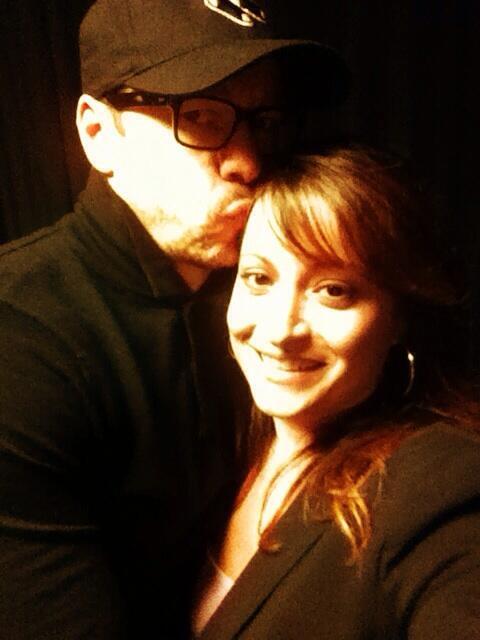