Let It Go: How To Help Your Kids By Not Helping

Sometimes Kids Have to Figure it Out on Their Own 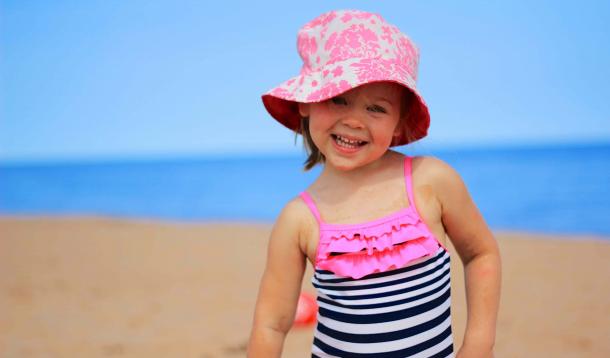 Before you become a parent, you are already well aware of the various firsts that will form major milestones your child’s life. First steps, first words, these are the things parents obsess over, paranoid that their child may be missing out on the development curve. Of course we all know in hindsight that, within reason, a few months early or late hitting these milestones makes no real difference in the long run. Kids have their own pace.

Recently I was getting a little worried about a few trends I was seeing with my eldest daughter, who is nearly four. Despite all our efforts to make her comfortable around animals, she was deathly afraid of them. Walking down the street with her, she would start to panic and cry to be picked up if she saw a dog walking the other way. On more than one occasion, she has been startled to tears by a dog in public that eluded her radar and got a little too friendly.

My wife grew up with dogs, however I am not the most pet-friendly person. I don’t really know why, it has jus never been my vibe. That said, I have done everything I could to not pass my discomfort along to my kids. We take the kids to every farm, petting zoo, aquarium, biodome and rodeo we can to try to get them comfortable with animals. My youngest has no fear, she’ll pet a lion if one is willing, but the idea of touching an animal fills my eldest with fear.

I suspect the fear started when she was a little over one year old. Our previous condo had a balcony where we had set up a sand and water table for her. One day, she went outside to play and accidentally startled a boxer that was asleep on the balcony next door. It awoke and barked angrily at her through the railing scaring her quite badly.

Despite our attempts at introducing her to every dog, horse, cat and insect we could find, nothing worked. Then, something did. We spent three weeks this summer in Prince Edward Island and if you’ve ever been there you know there are a lot of animals. Although the abundance of cows and horses we saw at a distance from the car window were a hit, it was a small dog that finally broke through. We were hosting a family barbecue at my parent’s place and my aunt had brought along her beagle, Duffy. Unlike a lot of beagles, Duffy was calm and patient. Almost instantly my daughter was drawn to her without any fear. My wife and I were shocked as we watched our two girls follow Duffy around giggling and playing with her to the point where I think the poor dog got kinda tired of all the attention. Just like that, through no effort on our part, she loved animals. We weren’t sure if it was a one time thing, but the next day when we went into town for lunch, Charlotte wanted to pet every dog she saw, to the point where we had to teach her some on the spot dog-petting etiquette. For months we had tried to force it, but it seems she just needed to come around on her own. Now she can’t get enough of animals, from the horses pulling carriages in the market, to the random dog at the park.

If that wasn’t enough, I was given a second lesson in just how fickle kids can be. Despite having been around pools and beaches quite a bit in her life, and having had no traumatic incidents I can think of, Charlotte was a very nervous swimmer. On the drive to P.E.I. she clung to me like her life depended on it as we swam in the hotel pool. Although I could tell she wanted to enjoy the water, and never passed up an opportunity to go in a pool, she was not comfortable once she was in. We put her in swimming lessons last winter and she did OK. However, even at her lessons, she would cling to the instructor and have great difficulty completing many of the activities. Technically she didn’t even pass her sea otter level, but we registered her in the next class up in the fall hoping the summer might turn things around.

Then, on the second day we were in P.E.I., we took the kids down to the beach at my parent’s place for the first time. Though she had been there last year, I could tell she barely remembered it. At first she dipped her toe in and was hesitant by how chilly the water was, but soon, as she saw her cousins and great aunts and uncles enjoying the water, she was in the ocean, water wings and all, and I could barely contain her. Far from clutching to me, I had to stop her from swimming out to sea, the water is quite shallow as there is a massive sandbar nearby, so she was thrilled at how far she could go and still touch the bottom. Even as the waves started cresting over her chin, she didn’t hesitate. As she squealed and splashed in the water, I couldn’t help but be amazed at the 180 degree change from the girl that three days earlier was terrified by the kiddie pool at the Best Western. No amount of encouragement and reassurance from my wife and I mattered until something clicked on that beach and suddenly she couldn’t get enough of the waves. For the next two weeks we could barely keep her out of the water.

As parents we love to help our kids, to teach them, to help them find their way, but sometimes there is nothing you can do but sit back and let your kid figure it out for herself.

That lack of control is tough to accept, especially since for the early part of their lives we have so much control over everything they do. In my daughter’s case, all we really needed to do what set the scene, make her feel as comfortable as possible, and let her explore the world on her own. Once I got over the shock of having two major developmental stumbling blocks overcome in the span of a few days, it actually made me feel a lot better knowing that, for the most part, my daughter is just looking for a chance to figure things out in her own time. I’m OK with that, but I’m still going to teach her to ride a bike.

Spencer Callaghan: Fight for your Right to Potty 5 Important Questions To Ask The Kindergarten Teacher

Spencer Callaghan: Fight for your Right to Potty Teach Girls to Code and Watch What They Create

Spencer Callaghan: Fight for your Right to Potty Mandatory Change Tables in Restaurants is Not the Answer