Network Connectivity is the New Superpower 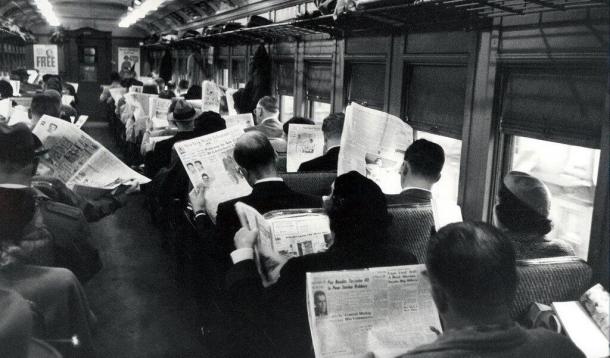 Put down the smartphone. Look up. Engage with the world. It seems every few weeks there’s a new campaign designed to shame us from using our mobile devices. You know, the latest softly lit, emotionally-scored YouTube sensation showing people staring down at their phones while the world goes on around them. While I would never advocate letting any inanimate object monopolize your attention, allow me to make a case for why the mobile devices – supported by the communication networks they run on – are not only awesome, but can actually help you enjoy life even more.

Here’s the thing: the reason mobile devices are so addictive is because they are literally the most useful devices in the history of human civilization. Am I overselling it? Let’s see.

A compendium of all human knowledge: Check.

But as Uncle Ben from Spiderman says, “With great power comes great responsibility.” So how do we balance the sheer awesomeness of connectivity with our need to interact with people in the real world?

Most of the backlash against mobile phones comes from the view that they are preventing people from interacting in public spaces. Whereas, before you had to stare into space or count the ceiling tiles on a subway or in a doctors office, now you can play Candy Crush. But are we really missing those interactions? Today’s mobile devices are the Walkman's of the 80s or the newspapers of the 50s.

Utilizing the power of the network connectivity

My kids have grandparents and cousins in Vancouver and they use “FaceTime” as a verb now. They love to goof around with their cousins over video chat and show off their latest dance moves to their grandparents. This is the kind of connection that just wasn’t possible when I was a kid.

Every day I see pictures of friends and family on Facebook and never do I see anyone’s face buried in a phone. Instead I see silly selfies with kids and videos of special moments. Put a camera the size of a deck of cards into the hands of the ancient Romans and we’d have gladiators taking selfies with lions in our history books. The desire to connect and to be seen is human, the only difference is that we now have ubiquitous mobile networking and devices so small and powerful, they can get lost between the couch cushions.

When I’m out with my family, my iPhone helps me get to where I’m going, take pictures, make reservations, connect with family and share moments. It helps me avoid traffic that slows me down, and lets my family know when I’m coming home. It makes sure I never forget the milk at the grocery store.

Where some see distraction, I see connection

The idea that everyone we want to interact with is directly in front of us ignores the reality of our lives. We’re busy and we have people we want to reach out to, everywhere. The etiquette of a smartphone should be no different from a watch or a book. Rude is rude. However, I just don’t buy the idea that people are shut off and disconnected from real humans because of these devices. I have had real conversations and received great advice from people I have never met face-to-face. My kids will grow up with lectures from Harvard professors at their fingertips for free. Our society is no longer at the will of the corporate media to let us know what is going on around the world.

And yes, let’s get the obvious out of the way - sometimes they are a great way to distract kids. That’s controversial in some circles but as far as I’m concerned, as long as screen time of any size it monitored and restricted there is nothing wrong with a little YouTube distraction to make a long wait in a doctor’s office more bearable.

And that’s the real lesson when it comes to mobile devices: context.

So long as you are using your smartphone to connect, learn, entertain or assist in a way that doesn’t ignore the real people around you, I don’t understand all the fuss. There are many real and amazing ways in which these devices actually enhance those interactions and make them better than ever before. However, let’s not pretend like the pre-smartphone era was full of random conversations with strangers and people gleefully staring off into space waiting in line at the bank.

Technology always changes social norms a little bit and that’s ok. The human desire to connect is powerful, and smartphones are giving us more opportunity to do that than ever before.

So what do you think? Are mobile devices corrupting our youth and tearing at the moral fabric of society or are they leading us towards a hive brain utopia? Or perhaps somewhere in the middle?

Why Can't a Scientist Have Pink Microscope? 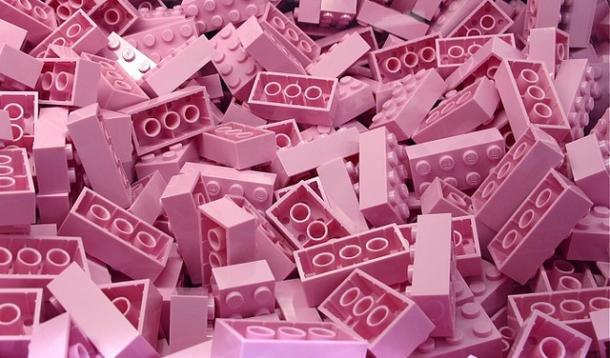 I took my daughters to the toy store a few weeks ago as a long awaited reward for some major milestones we’ve hit recently. One of the big bonuses of being a parent is the ability to play with toys again and not look creepy. One of my favourite toys as a kid was LEGO, so naturally I’ve been pushing for my kids to get into it. However no matter how hard I tried, we always ended up in the princess aisle.

That changed recently, when my eldest daughter discovered LEGO Friends. LEGO Friends you may recall, is the awful sexist product released by LEGO to appeal to girls. Except that this awful product did something wonderful…it engaged my daughter with a kind of engineering-related play that had never interested her before.

This revelation led me to question the rage against the “pink aisle.” What is the goal of this movement? To demonize certain play styles or to encourage kids to explore different activities? I have by no means pushed my kids into liking the colour pink; if anything, I’ve actively tried to provide alternatives, but I never try to force my way on my kids and instead let them find their own path. No one likes generalizations or stereotyping, but is it not a fair comment that girls tend to gravitate towards certain colours and concepts? If we can agree on that, then the question becomes: How do we encourage girls (and boys) to explore concepts outside their comfort zone.

If the goal is to get girls more involved in science, math, engineering, and technology, does it not seem reasonable that we try to market and cater to them in a way that speaks to them? No one is saying they have to buy LEGO Friends; it is simply one more option to help make the transition easier. In fact, this is exactly what the people at LEGO were trying to do. LEGO's own research showed that 90 percent of their customers were boys. They had received feedback from parents, presumably well-meaning parents who simply wanted to help their daughters explore new concepts, that there weren’t enough LEGO sets that appealed to girls. Full disclosure: I’m a marketer, so to me the idea that LEGO would take that feedback and produce a new line that reflected some generally female-friendly designs doesn’t seem like a huge conspiracy. Is it sexist that the bricks are pastel colours? The goal here was engaging girls, not segregating them.

At the end of the day, despite the backlash, LEGO Friends was a huge hit. This means that millions of little girls are now engaged in the kind of play that might lead them on a path to a career in science or engineering in the future. Is this not the big picture goal?

This issue as I see it is that we are letting our adult hang-ups about colours and gender bias cloud the big picture.

We shouldn’t be asking girls to change themselves to fit into the narrow boxes we have created to represent intelligence, leadership and ingenuity. Rather we should be broadening the definitions of those concepts to include female traits in the first place.

It’s not up to a girl to be “more like a boy” in order to be considered a leader. It’s up to us to let her know that she can be herself, in all her princess-loving glory, and still lead with confidence. We need to get past the idea that certain things are "too girly." The issue isn't pink LEGO, the issue is that we somehow take something that is pink less seriously, that's on us.

Does it matter if a girl learns to code while creating a My Little Pony database? Do we care if the impetus to colonize Mars is to become an alien horticulturalist? Does the first female president have to wear pant suits?

I understand why some people get upset at these toys, maybe they remember being marginalized in the pink aisle as little girls, kept away from what were considered “boys activities.” However today it’s important to see this trend as something that is simply broadening the appeal of these activities. From organizations like Girls Who Code to toys like Goldieblox the purpose here is to welcome girls into these activities, not to marginalize them. Being "girly" doesn't mean you also can't be intelligent, competitive, driven, and creative.

If my daughter learns the Pythagorean theorem by measuring fabric for a skirt does it matter? The goal here shouldn’t be to try to fit everyone into a narrow definition of what makes a doctor, engineer, teacher or politician, but to broaden those concepts to include diversity, creativity, and new perspectives. The girl buying the purple hockey tape or the Hello Kitty laptop should have just as much chance of being in the Olympics or creating the next Facebook as the boy who buys the carbon black stick and the Transformers iPhone case. In our well-intentioned drive to tear down gender barriers, I’m afraid we’re trying too hard to make everyone the same. I don’t want to live in a world where there is only one type of person who makes a good scientist, and one day when my daughter goes to terraform Mars I’ll be proud that she’s rocking her hot pink space suit.

RELATED: The Culture Of Pink

Spencer Callaghan: Fight for your Right to Potty In Defence of the Pink Aisle