How To Stop Tech From Destroying Your Children

Hint: Don't Worry So Much About It

How To Stop Tech From Destroying Your Children 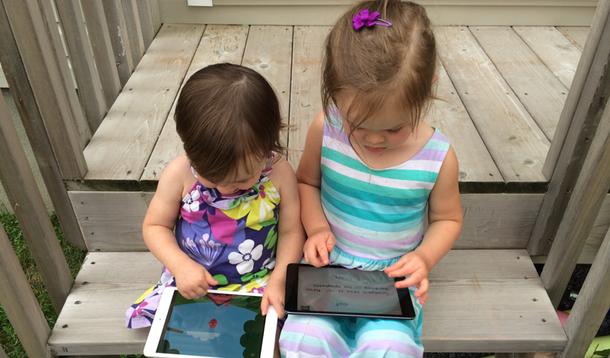 “Archibald Bartholomew Griffith the Third! Put down that infernal book right now, it will rot your brain!” Undoubtedly, a concerned mother in the 1400s said something along those lines when faced with the rapid technological change and the avalanche of knowledge unleashed by the invention of the movable type. Damn you, Gutenberg! So how have things changed?

The above are only three examples of blog headlines I found that frantically warn parents of the “dangers” of technology. When I was a kid, cartoons and video games were the brain-stealing villains. Now parents must stand on guard against iPhones and Angry Birds out to steal their children’s brains.

Technology, like everything in life, has positives and negatives. As parents, it is our job to teach responsible use and balance, not to instil fear. How many kids that played Super Mario Bros. in the 80s grew up to found a million dollar tech startup? How many Saved By the Bell addicts are now writing scripts in Hollywood? How many Looney Tunes aficionados became serial killers? Technology, like sports, arts, literature, and any other pursuit, is just a means to an end. It's a fact of life for anyone who lives in a modern society. As technology marches forward, our quality of life is dramatically improving. Coincidence? No matter how may times talk show experts try to scare parents into thinking otherwise, there has been no scientific link established between video games and violence. In fact, considering modern career trends, being not only functional, but creative in the use of technology is a significant advantage for kids. Someone has to pilot and maintain all those drones. Technology is no different than any other inanimate object—books, dolls, TV—if you let it raise your kids, there will be issues. So what should the rules for technology be? It's actually quite simple:

I like to consider myself a pretty good parent, yet one of my eldest daughter’s first words was “iPad.” Call the CAS. As a parent, I’ve always felt that my main responsibility is to prepare my girls for the world they will one day navigate on their own. How can I do that without helping them become not only technologically literate, but hacker savants? My girls aren’t in school yet, but I firmly believe I’d rather have them learn how to code over learning cursive. Of course if you saw my handwriting, my cursive bias would make a lot more sense, but the point is that we owe it to our kids to think of the world they will inherit, not the one we did. There is nothing inherently better about the past, just as there is nothing fundamentally wrong with the future. Both represent the state of the world as it is, or was, or will be, at the time (I just confused myself). Sure, we had handmade furniture in the 19th Century, but we also had scurvy. Are you saying you want my kid to have scurvy?

I read two books, yes dead-tree books, to my kids every night, but I also let them play their ABC game on the iPad after dinner. My daughter will occasionally touch the TV screen wondering why she can’t make things move with just her finger. That’s 20th Century technology for you; however, we also regularly take family walks outside!

For me, technology doesn’t require any specific rules, just the same common sense ones smart parents apply to any situation. Besides, if I don’t teach my kids to love technology, who is going to be my tech support when I’m 65 and my holo-replicator breaks down? That sushi-flavoured slurry isn’t going to replicate itself. Or will it?

When it is time to get outside and get active, here are The 10 Easiest Ways To Get Active With Your Kids.

Are you the parent of a Minecraft-a-holic child? The signs and symptoms you might need to plan a creeper intervention.

Internet-Enabled Gifts for the Chronically Busy 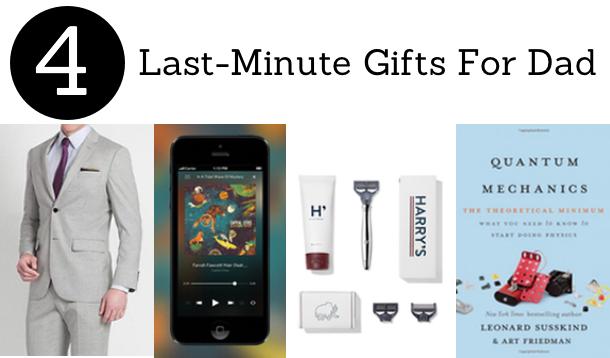 It’s OK ladies, we know how it is. You’re busy, and sometimes things get forgotten. Why do you think they sell flowers on the side of the road on Mother’s Day? The good news is the magic of the Internet provides all kinds of amazing digital gifts and awesome subscription services that don’t even look last-minute. So if it’s coming down to the wire, and you haven’t grabbed a Father’s Day gift for the awesome dad in your life, here are a few great gift ideas that don’t look last-minute, aren’t purchased at the drug store, and don’t require you to negotiate in cash on the side of the highway.

Shaving sucks and even worse, it’s expensive and unremarkable. Well, that all changes if you buy dad a shaving subscription from Harry’s ($31). Harry’s will send your dad eight blades and two shaving creams at a predetermined frequency that matches how often he shaves. You can even get him a classy razor handle made from aircraft-grade aluminum and engraved with his initials. The best part is, the blades are a fraction of the cost you pay for the 14-blade monstrosity you buy at the drug store.

2. Give him unlimited awesome tunes.

Dads love music, but that Aerosmith greatest hits CD is getting a little stale. A great way to break out of your musical rut and discover some great new tunes is with an unlimited subscription from Rdio ($9.99/month). Rdio has great apps for iOS, Android, and the web, and has a library of over 25 million songs for instant streaming. I’ve discovered a lot of great new music, and some awesome older stuff, with Rdio. It’s also a great way to keep up with new music so you know what your kids are listening to.

3. Give him something to read.

I love to read, but I’m not a fan of dead-tree books. The good news is that even if dad doesn’t have an e-reader (though that ’s a great idea too), most e-book stores have apps for iPad, PCs, and other tablet devices. Kindle even allows you to gift a specific book to someone, so you can put a little more thought into it and still have your shopping done in seconds. Is dad an amateur physicist? Check out Quantum Mechanics: The Theoretical Minimum, a great beginner’s guide to quantum theory. Or maybe find out what all the hype is about with Game of Thrones: A Song of Ice and Fire: Book One, the first book of the series.

4. Give him some sweet threads.

Think a custom-made suit is only for gangsters and Bay Street bankers? Not anymore. Indochino is an amazing Canadian company that makes gorgeous custom suits to order. Don’t know what to get him? In addition to a gift certificate, order a Tailor’s Kit ($29) that comes with two tape measures and 16 fabric swatches. The cost of the kit is redeemable as credit towards your suit. If he’d rather be sized in person, watch for their Traveling Tailor events in cities across Canada.

Check out our Father's Day Hub for more great gift ideas to help celebrate the dad in your life. 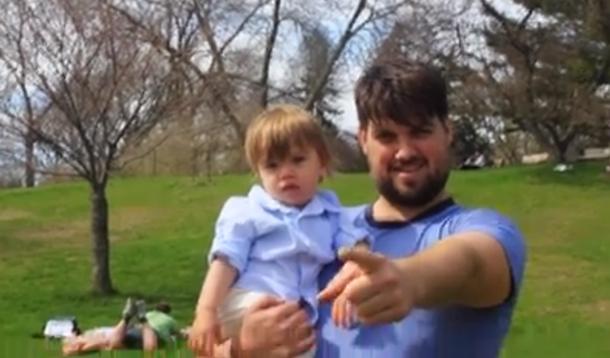 Something that has become an interest of mine since becoming a dad is the changing definition of the role and how I could put my own spin on it. I have several role models that I look up to for different reasons, and each one shows me how the traditional definition of a dad is no longer relevant. In fact, there is no one bucket you can put all dads in, and I think that is fantastic.

On that note, I was introduced to this awesome video from Sarnia-based singer/songwriter Andrew Austin. Austin took his debut single, "To Love Like This Again," and produced a crowdsourced video tribute to fathers and their changing role. Austin wanted to highlight how fathers are no longer just fun playmates and support for mothers, but rather fully capable parents who are increasingly taking on all the traditional duties reserved for mothers.

“The gender norm is changing and it’s awesome,” said Austin. “More and more, real world fathers are engaged, involved, and doting. They’re taking paternity leave and taking over more domestic duties. They are involved in their kids’ lives and proud of it. Everyone’s lives are enriched by this.” Austin crowdsourced the video through friends, parenting forums, and word of mouth, compiling a ton of great footage of everyday dads just being themselves with their kids.

The thing that sticks out most to me in the video is how each dad represents the diversity of dads—different races, backgrounds, styles—there is no one right way to be a dad. The days of dads being a sitcom punchline are over. It’s time for the media to catch up.

Check out our Father's Day Hub, where you'll find a collection of articles filled with fatherly advice and great gift ideas to help celebrate the dad in your life.