How to Survive a Road Trip Without Losing Your Sanity

How to Survive a Road Trip Without Losing Your Sanity 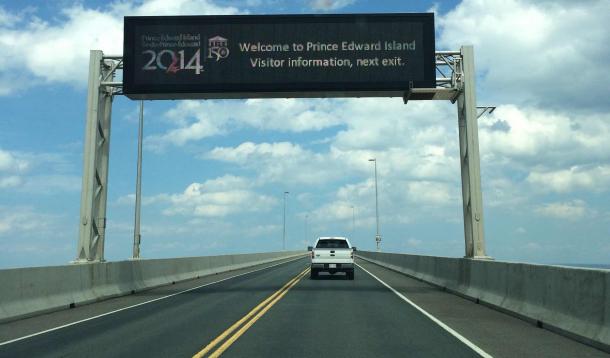 It’s funny how the nature of road trips changes as you get older. As a young adult, when you hop in the car with some buddies the only thing on your mind is whether or not you have enough beer. You may or may not have even packed any clothes. The road itself provides the entertainment. However, when you have kids things get more complicated. Not only do you have to pack and plan for every eventuality, you need to have a clear plan of attack for how to keep everyone happy and occupied for several hours in a cramped space.

My family recently travelled to Prince Edward Island for a few weeks at my parent’s beach house (where I’m typing this now), and although I have made the trip with and without kids several times, this was the first time I was really concerned with how well everyone would last during the drive. You see this year my youngest was nearly two (today is her birthday) and for the first time I had two rambunctious, curious sisters in the back seat who are fully capable of expressing themselves. When you travel with babies, in my experience, you can count on them sleeping most of the time, as was the case last year with my nearly one-year-old. However, this year, I knew that sleep alone wasn’t going to cut it. I needed a plan. So with that in mind I present to you the lessons I learned after a 15 hour drive in from Ottawa to P.E.I.

As I mentioned previously, I have no qualms about satiating my kids with videos if need be. That said, for this ride, short YouTube videos weren’t going to cut it. I installed two seatback mounted iPad cases behind the front seats and loaded the up with movies (even deleting most of the apps to fit more Disney goodness on). The one hassle: getting the two iPads to play the videos in sync, someone needs to invent an app for that, although my wife got pretty good at simultaneously pressing play on two iPads at the same time by the end of the trip.

I spent a good three hours the day before we left preparing a ton of healthy snacks. When I was a teenager, road trips were all about chips, pop and candy, but when you are trying to get two little girls to stay relatively calm in a car for 15 hours, sugar is not your friend. I filled several resealable bags with sliced vegetables, fruit, cheese and some nice deli meat (from Seed to Sausage, yum) to handle both the regular snacking and the lunches on the run. Add in a few premade sandwiches (vacuum sealed for freshness) and we had enough food to last the full two days without stopping once for lunch. If kids are going to snack in the car at least it can be healthy.

It sounds kinda silly, but one thing that is often overlooked is how difficult it can be to eat in the car without the proper equipment. My wife packed a bag filled with IKEA plastic plates, bowls and cups, and kid’s cutlery, to turn our baggies full of food into a proper car buffet. As futile as it seems, I really try to keep my car as clean as I can, so having something to eat off of really helps. We also packed some bibs for the kids because there is nothing worse than sitting in a car for hours in a dress with yogurt spilled in the front.

This year I borrowed a large Thule cargo box from a friend of mine. It is a purchase I have been wanting to make but was never sure if the cost was worth it–it is. Whereas in past years, when the kids were smaller, I might have simply jammed every nook and cranny full of junk, this year I wanted to make sure the girls had legroom and enough space to feel comfortable. This also helps when it comes to those lunches on the run because you have space to maneuver. Being in the car for that long is hard enough without feeling claustrophobic. The cargo box allowed me to bring my golf clubs along for the ride without feeling guilty that they were cramping up someone’s little legs.

Although the movies on the iPad are great, one thing my wife and I like to do is use these long trips as learning experiences. My wife is a geography nerd, and well, I’m just a nerd, so we like to talk and explain everything that the girls are seeing along the way. Like most parents, the questions don’t frustrate me at all, they inspire me. We try as much as possible not to gloss over tough explanations with fairies, deities and magic, and instead opt for the most basic a scientifically accurate answer we can muster. Animals, weather and nature tend to get the most inquiries, but we also field a lot of questions on buildings, cars and people we see along the way. Having an open mind about how new and exciting all this stuff can be for your kids is the best way to pass the time on a long trip.

So after 15 hours, and three tanks of gas, we arrived on P.E.I. in great time and in great spirits. The highway between Québec and New Brunswick is still in a perpetual state of construction (I swear it has been 15 years), the hotel pool was still a big hit, and the lengths my wife and I will go to to find a Starbucks still amazes me (there are now two in Fredericton and one in Moncton). The number of little girl meltdowns was remarkably low and now we’re ready to spend a few weeks on the beach–and golfing.

#HowToDad Campaign Finally Figures it Out 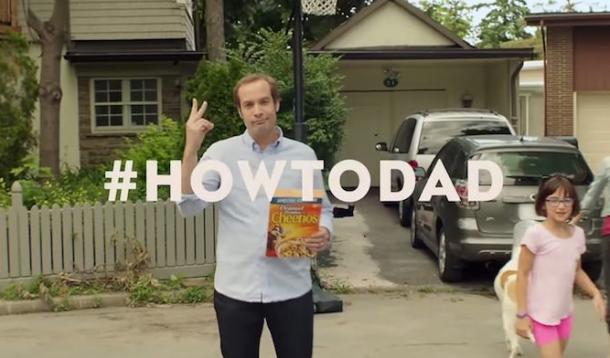 The way dads are portrayed in the media has long been an issue of mine. While moms have their own stereotypes to fight, dads have the likes of Homer Simpson and Al Bundy as their pop culture archetypes — a burden that has haunted us for decades.

Dads have evolved from the days of being greeted with a Old Fashioned at the door to the days of the two-income household, but sadly the media hasn’t accepted the reality that a dad can be just as competent a parent, albeit in a different way, as a mom. That’s what makes this new campaign from General Mills so incredibly awesome. While I can’t vouch for the cereal (nor could I eat it as I’m gluten intolerant) it seems like at least one large household brand is finally getting the message that not only is being a dad cool, it’s awesome.

The commercial appears to be the first of many in the #HowToDad campaign, but the most important part is the fact that someone has finally figured out that depicting dad as a bumbling idiot who orders takeout to avoid setting fire to the kitchen is a failing strategy.

Just before Father’s Day, I was interviewed about the changing role of dads and how being a dad differs from being a mom. As the #HowToDad campaign illustrates, dads have their own style and their own way, but the responsibilities are the same. Brands should be aware; dissing dad is leaving money on the table. Congrats to General Mills.

4 Kid-Distracting Videos To Save Your Sanity

Don't try to be a hero

4 Kid-Distracting Videos To Save Your Sanity 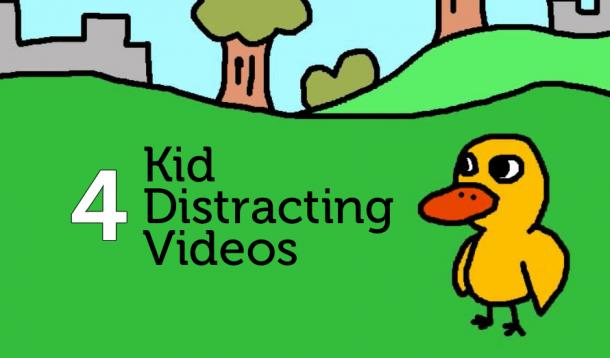 As parents, we like to envision ourselves as paragons of proper child rearing. We educate, we engage, we enrich. We have patience beyond reproach.

But sometimes we just need to stop the chaos. Sometimes the best practices of Montessori-style child enrichment take a back seat to your toddler screaming bloody murder in a sushi restaurant.

For those times—the times when you just want the madness to stop so you can enjoy your salmon sashimi—whipping out your iPhone and throwing on a distracting YouTube video may be all that stands between you and insanity.

So, with a hat tip to my mother-in-law and sister-in-law, who introduced me to a few of these, here are four mind-numbing, child-mesmerizing videos to salvage your next public child meltdown.

My kids love this one. Make sure you cue up all three episodes for nine minutes of uninterrupted bliss. Me? It makes me want to jam a pencil in my ear. Give them headphones.

Guy on a Buffalo

This gripping series tells the tale of a regular guy and his buffalo. Some mild Cowboys and Indians-style humour, meant in good fun. It’s not Game of Thrones, but it’s funny.

This one is just as much for me as it is for the kids. A way to introduce them to my childhood friends and some good music at the same time. Something about the combination of such an epic song and the Muppets enthrals them.

Feist’s soothing voice, furry muppets, counting—what else could you ask for in a mind-melter? Bonus points for involving penguins.

Got any more great kid-distracting videos? Leave them in the comments or find me on Twitter.

Stop feeling guilty—this teacher is sharing three great ways that you can use television as an educational tool for kids of all ages!

How To Stop Tech From Destroying Your Children. Hint: Don't Worry So Much About It!