The Easiest Way to Make Clone and Stormtrooper Cupcakes

All you need is a marshmallow, a cupcake, and... this. 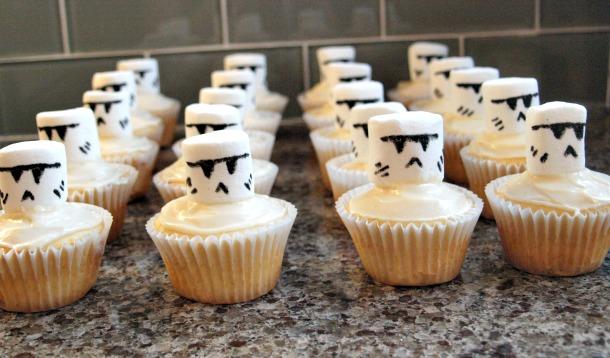 It all started with a simple little request from my son to have Clone trooper and Stormtrooper cupcakes at his birthday party. Honestly, I didn’t even know there was a difference between Storm and Clone troopers, and pretty much assumed all the white-uniformed-robot-looking-guys were the “bad guys,” but boy was I wrong and my almost 6-year old was more than happy to give me a Star Wars 101.

Here’s What You Need:

Here’s What You Do:

Bake cupcakes in white cupcake liners according to package directions, cool and frost with white icing.

Meanwhile, on each marshmallow draw one line horizontally on what will become the front of your marshmallow. 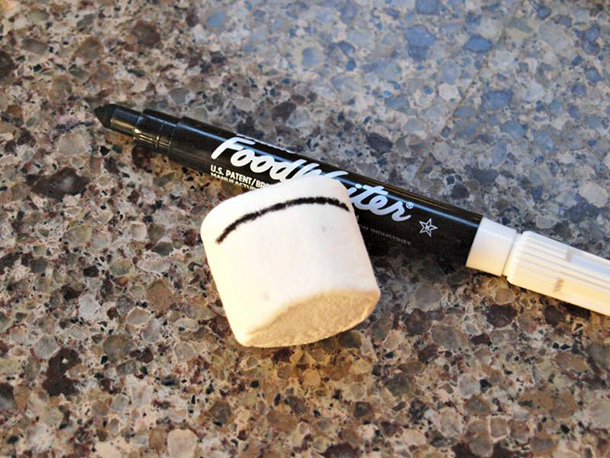 Then draw two upside down triangles from the horizontal line to make the eyes. 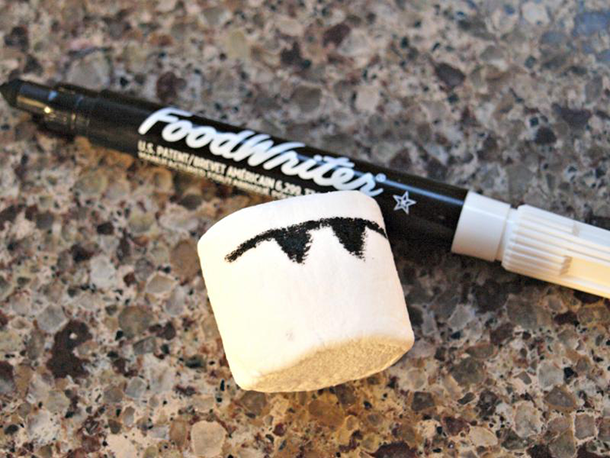 Next draw an upside down “V” to make the nose. 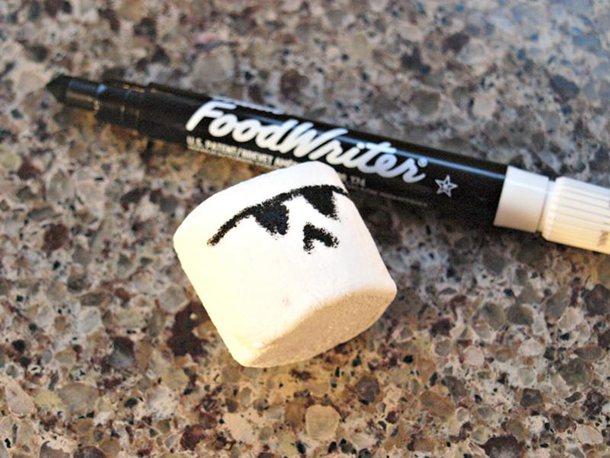 Finally, draw three diagonal lines on each side to make the breathing parts of the mask (these were very important according to my son). 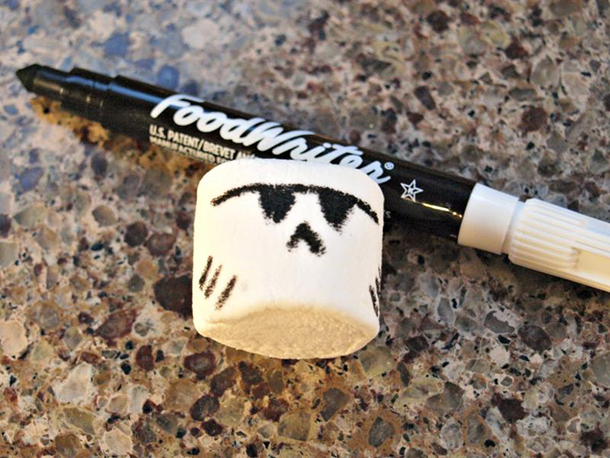 Repeat until you have as many marshmallows as you have cupcakes.

Tip: If you want to do this ahead of time, simply store your marshmallows in a sealed freezer bag for 1-2 days. 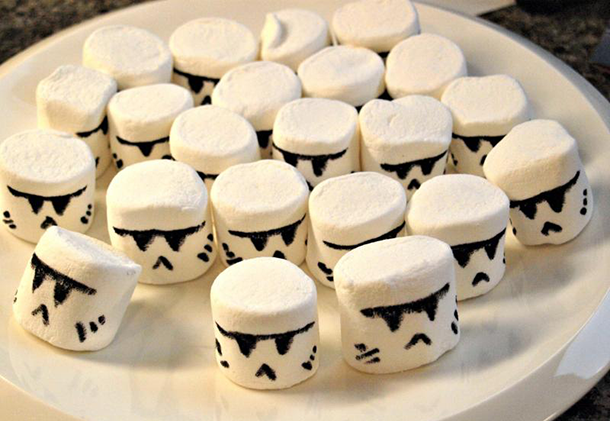 When you’re ready to assemble all it takes is a little extra icing on the bottom of each marshmallow then plop them on the top of each cupcake. 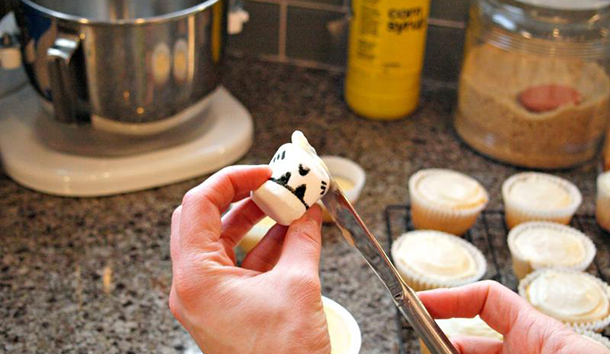 At the party I gave each child a cupcake with a candle inserted on an angle (think light saber) so they each had their own candle to blow out and their own wish to make. 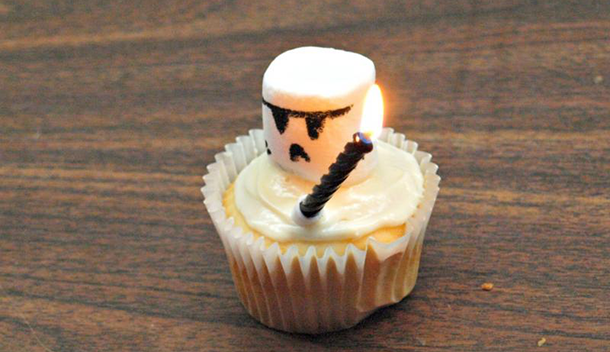 PS: Looking for more fun but easy things to bake for your kids? Check out my Ghost Cupcakes, my Rudolph Cookies, my Puppy Dog Cupcakes, and the Easy Way To Make a Heart-Shaped Cake (without special pans!).

PPS: Do you have a Minecraft Fan too? Check out my Minecraft Pork Chop Dinner and these awesome TNT Boxes that can easily be used as party decorations, as part of a Minecraft party game or even in place of a loot bag.

RELATED: The 18 Greatest Star Wars Gifts in the Galaxy