The Most Spectacular Fashion Show You Will Ever See 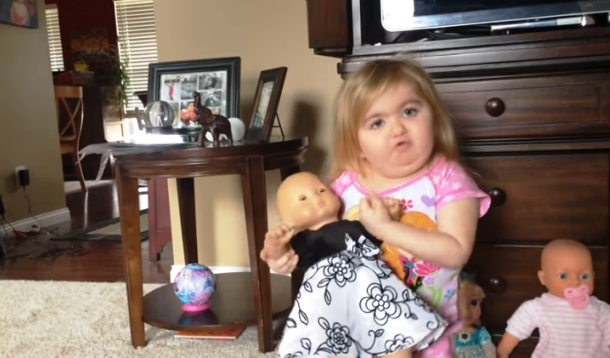 Seven year-old Audrey Nethery has known more doctor's visits and medical interventions than most of us will in our whole lives. Audrey has Diamond Blackfan Anemia, a blood disorder described as "a rare inherited bone marrow failure syndrome, characterized by a failure of the bone marrow (the center of the bone where blood cells are made) to produce red blood cells," which is an extensive way of saying she (and others affected) require frequent and uncomfortable blood transfusions.

After being diagnosed with DBA early in life, did Audrey and her family take to their beds to live in a warm cocoon of blankets and blissfull ignorance? No; no they did not. That is left to people like me, who, at the first symptom of a toothache, build blanket forts and cancel plans for the decade.

But (thank God), Audrey and her parents Scott Nethery and Julie Haise are made from stronger stock, choosing instead to face their daughter's health challenges head on. Together they are raising awareness of DBA, a fairly manageable and treatable disease, which, while it remains incurable, you probably hadn't heard of until now.

Audrey makes a great ambassador for DBA — or for anything, really, because this girl has mad skills and a personality the size of a Mack truck. See for yourself, as she presents an aptly named "Spectacular Fashion Show:"

This video makes me happy in way I don't understand. Her quick thinking and willingness to ride the bumps - whether in life or after dropping "a baby" makes me smile and feel just a little less sorry for myself. I'm bookmarking this one for the next time one of my teeth starts throbbing.

RELATED: Awareness of This Disease Could Save Your Child's Life