Is "Play" the Next Subject on Your Student's Report Card?

What is the school's role in teaching your kids how to play? 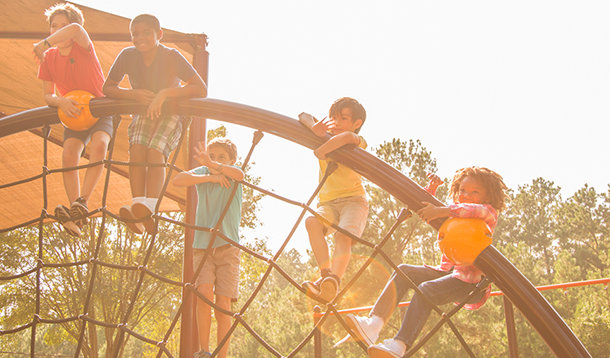 I don’t know how we got here. Many of us grew up roaming the woods or the streets, playing in the park until the street lights came on. We wrestled with our siblings, planned adventures with our friends and learned a lot about life away from the watchful eyes from adults.

And now, here we are, a generation or two later, and schools are now being challenged to teach students how to play.

Scads of research points to the benefit of play for our kids. Through play, children learn to experiment, to problem solve, to tell stories, to understand the limits of their physicality, to take risks. Kids figure out how to be a good friend, how to develop their imagination, how to voice their opinion, when to make rules and when to follow the rules of others. They learn life lessons about negotiation, cooperation and just how far they can push themselves.

And yet, it seems many of today’s kids have lost the art of play. Some will attribute this to parenting styles, to the hyper-vigilance of society, to too many hours in front of the screen or the over-scheduling of extracurriculars - but whatever the reason, there has been a general decline in free, unstructured playtime for kids.

A handful of schools in Toronto, including the one I teach at, have been enrolled in a pilot project regarding Outdoor Play and Learning (OPAL). OPAL’s claim is to support elementary schools in dramatically improving the quality of playtime. From what I can see, a more integral part of the program is convincing the adults to back off and let the kids figure things out themselves while on the playground.

And I say, hallelujah! It’s about time! I’ve been working in schools for about 15 years now, and it seems like every year we are adding more and more rules - and offering kids less and less freedom. I’ve worked in many different buildings, and I approach recess duty as an opportunity to stand back and observe, to connect with students when they approach me, and to only get involved when I see something that is truly concerning. I am the teacher who lets the kids run up the slides.

But, inevitably, another teacher, or the administration, or a some student handbook, will come along and tell me to stop the kids from climbing the slides, or from slipping down snowy hillsides or hanging from the top bars of the playground. They aren’t supposed to stand on the swings, go on the fields when they're wet or sometimes, even run on the pavement.  In one school, I was to tell the kids not to do cartwheels. Cartwheels! Seriously?

OPAL says let them climb, let them make messes, let them negotiate risk, let them figure out how to play fair without an adult always stepping in to regulate whose turn it is. Because lately we - as educators and as parents - have been stealing away this is an essential part of childhood.

Now, don’t take this the wrong way. I’m not saying students should be allowed to walk on the edge of the school’s roof, push one another face down in the mud, throw knives and play with fire. Common sense must prevail and there are times to step in, but for the most part, only get involved when there really is danger or bullying situation.

When a problem arises, teacher enlist the help of students to solve them. For example, every year when that first snow falls, kids start forming snowballs. It is a constant, endless and perhaps unwinnable battle to try and curtail their need to throw snow. Announcements are made, kids are warned and a steady flow of students trudge their soggy boots down to the office, but still, the snowballs fly. This year, I get to happily stop nagging the kids about snowballs!

The teachers talked with the students about how to enjoy throwing snow and keep it safe. The students came up with the idea to have a few designated snowball walls, away from the school windows. And it works! The kids excitedly chuck their snowballs at the wall, seeing them explode with a satisfying thud, their efforts documented by the multiplying white splats contrasting with the brown bricks. The past couple of snowy days, I only had to remind one kid not to throw snow at other students. ONE KID! I am giddy with the freedom.

Another part of the OPAL philosophy is to provide some junk and see what the kids do with it. The school offers loose parts, like cardboard boxes, giant wooden spools, old car tires, discarded cooking utensils, ropes, tubes, sheets of material, whatever interesting scraps and odds and ends they can rustle up. The students, without any prompting or encouragement from the adults, figure out how they want to use these things.

Allegedly, necessity is the mother of invention, but boredom and freedom must be pretty close cousins, because when you give kids space and less direction, they come up with some pretty innovative things. And yes, their inventions are often messy and many dance close to the line of risky, but when the adults just keep quiet and let the kids figure it out, they find a way to make things safer. And when you tell them they need to cleanup or the things won’t be available next time, suddenly a yard full of kids leaps into action and the team gets the job done - no nagging required.

We’ve all had to challenge our own comfort levels. Sometimes I have to bite my tongue to keep from “solving” things for the kids and many teachers struggle with letting go of the rules and structure - but shutting up sure has its rewards and we are already seeing the benefit to the students.

Schools don’t really need to teach kids to play, but rather they need to teach the adults to back off. It’s time to put the freedom back in free time! 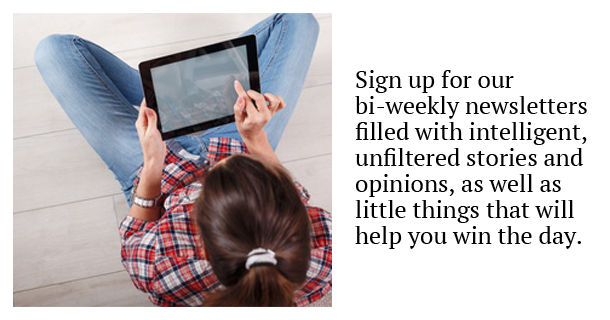