You Don't Agree With Your Child's Teacher? You Need to Speak Up.

When is it time to challenge the teacher about what is going on in your child's class?

You Don't Agree With Your Child's Teacher? You Need to Speak Up. 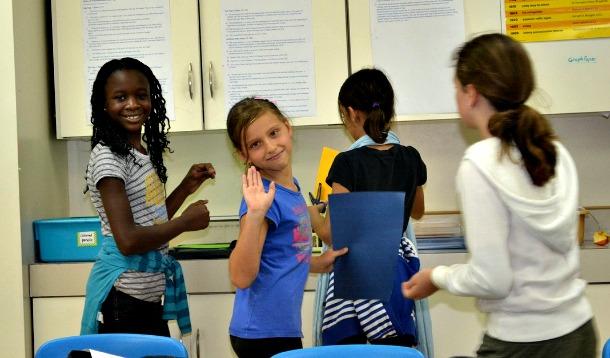 For awhile now, I’ve written from the perspective of a teacher and a mom of tiny, non-school-going humans. This year, I’ve hit a new milestone. I am now the mother of a school aged child and I see things from the parent perspective.

I’ve been blessed with a daughter with an exceptional gift for the gab and a very impressive memory, which means that when I ask my JK, “What did you do at school today?” she actually answers.

“Mommy, we watched a show called Calliou. It’s about a boy with no hair.”

During the first month of school, I also heard: “We watched a show about a bear." "We watched the PAW Patrol episode with the big red spider." "We watched another Calliou.” "We watch a program every day after lunch."

Now, I don’t want to be all teacher-mom and burst through the doors demanding why there is so much TV happening, but seriously, WHY IS THERE SO MUCH TV HAPPENING? I mean, I get it. I’m teaching some kindergarten classes right now and they can be a pretty overwhelming bunch in September. Sometimes you need to calm the group down and a short video might be one tool in your bag of tricks - but this was every day! During teaching time!

Next, I got the reports about the consequences of “bad” behaviour.

“Mommy, did you know if you forget to raise your hand during carpet time, you have to go sit behind the cubbies?”

“Mommy, my friend Jordan T. (not his real name) had to sit behind the cubbies for ALL of playtime!” her eyes are wide with disbelief.

“He hits other kids.”

I try to see things from the teacher’s perspective. I get that there has to be a consequence for hitting other children. I also get that there may be other transgressions leading up to this “all of playtime” punishment.

The forgetting to raise your hand at carpet time, I’m a little less understanding with. Some of the kids are just three years old. For many, this is their first crack at the whole school thing. Let’s give them a break. I’ve seen the space behind the cubbies and it’s a steep sanction for a pretty small lapse.

Of course, I also get that as great as my daughter’s memory and vocabulary are, she is also a three year-old, prone to the trademark hyperbole and fantasy of the younger set.

So here is my question. When does the parent get involved? When do you call a teacher on their choices?

We are a month into school, and here are some of the stories I’ve heard from other parents navigating this whole school-home connection.

“My son had to stay in for recess and write line because he forgot to bring his binder for class” Wait? WHAT? People still use writing lines! And teachers still believe it is acceptable to take a kid’s recess away. Hello, it’s 1978 calling. They want their discipline back.

“My daughter had detention for talking during lunchtime, because it was quiet eating time.” Quiet eating time? Is that a thing? Some school actually believes we should teach kids not to socialize over a meal? And is detention still a thing? Not at any school I’ve worked at in the past decade.

I had a colleague share that his son’s teacher still used the tired, old write the student's name on the board and then put a tick beside it every time they do something “wrong”. No, people, public shaming is not an effective tool!

I love what Andrea Nair had to say about the effectiveness of these old-fashioned punishments. Basically, they not only don’t work, but they are detrimental to our students love of learning and school.

So, back to my question. When does a parent take up the cause? As a teacher, I say early and often. If there is something happening in my program or my classroom that makes you or your student uncomfortable, I want to know about it. You may not change what’s happening in our classroom, but I will certainly be able to have a conversation with you and explain my choices. And I am open to changing things that aren’t working.

As a parent, I’m going to hold off on questioning my daughter’s teacher this time. Firstly, because the TV watching seems to have stopped for this week, so maybe it was only a September choice. And secondly, because my daughter has yet to be put behind the cubbies. She’s a born rule-follower and would be loathe to forget to put up her hand. And thirdly, right now, she still loves school and is excited to go.

And I’m going to extend the teacher some professional courtesy and believe that she is acting in what she believes is the best interest of the children.

But, I keep asking the questions. Did anyone have to sit behind the cubbies today? DId you watch a program today? Was anyone made to write ridiculously ineffective lines during their “quiet eating time”?

When the answers to those questions make me increasingly uncomfortable, and if my sweet girl shows some reluctance to go to school, you better believe I’ll be in there talking to the teacher. Because we are all in this together and with enough push back, we can make a real change - and maybe a few less kids will have to sit behind the cubbies.

RELATED: Is Suspending Kids from School Something that Actually Works?

Why Your Kids Knowing "911" Isn't Enough

Have you taught your kids this extra lifesaving step?

Why Your Kids Knowing "911" Isn't Enough 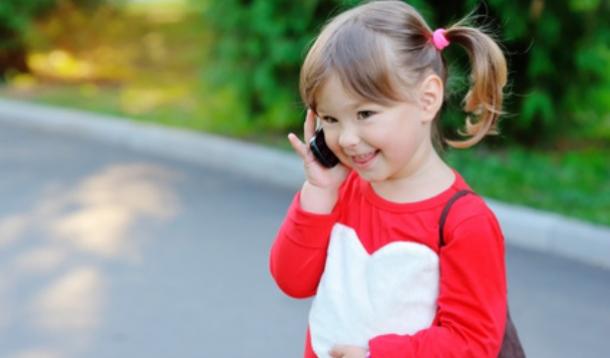 This week was “Safety Week” in my daughter’s kindergarten. The students had a visit from paramedics, heard the siren and got to look around inside the ambulance. My daughter could hardly wait until I got home to tell me, “If someone is very hurt or very sick, you call 9-1-1!”

For several days, she imparted this wisdom upon all who would listen.  Most adults smiled and doted  upon her for spouting this knowledge. I secretly congratulated myself and thought, isn’t she clever, knowing something that may save a life? I think it was around the eighth time I heard her proclaiming the vital phone number that I realized something rather important: She doesn’t know how to use a phone!

I mean, sure, she knows how to navigate to Netflix or her favourite app once I unlock the phone, but to dial a number? Nope. We don’t have a landline and chances are, if an actual 9-1-1 emergency arose, it would be a cell phone that she’d be faced with.

I took the time to show her how to access the “Emergency” call feature on my phone and we will have a few practice runs on this from time to time. I hope this knowledge will translate to other brands. If you haven’t shown this feature to your kids, you may want to. What good is 9-1-1 if the poor child doesn't know how to dial a phone?

Teaching Kids Stranger Safety is Not Limited to Strangers

Erin Chawla: The Kiducation Learning Curve You Don't Agree With Your Child's Teacher? You Need to Speak Up.

Erin Chawla: The Kiducation Learning Curve Is Your Family Really Immune to the Chickenpox?