Producers of PAW Patrol: I Have Some Words For You

When your kids' passions drive you up the wall

Producers of PAW Patrol: I Have Some Words For You 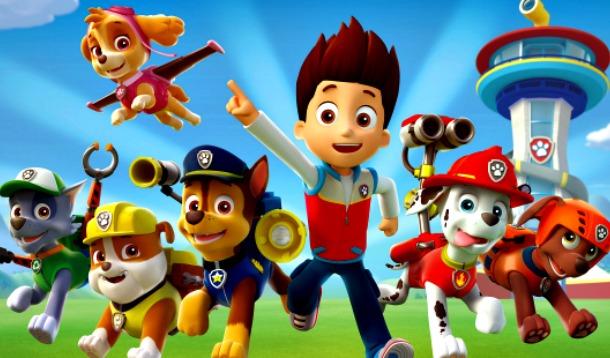 I had my sweet babies a little later than many of my friends and family.  While they were lamenting the annoying nature of Calliou and Max and Ruby, I just couldn’t relate. I remember thinking, “Oh, it can’t be that bad.”  That was then and this is now.

My three year-old daughter has fallen in love. We have a routine in my house wherein she is allowed to watch an episode of tv at a certain time of the day so that I can get a few things done. For a while she bounced around among a few age-appropriate shows, some of them good (Doc McStuffins, I Miss You and Cat in the Hat, you really did know a lot about that!) and some not so great (I’m looking at you, Peppa Pig). But now, only one show holds her heart.

Every single day, it’s PAW Patrol. She re-enacts the shows, retells the episodes in extraordinary detail and watches whenever she is allowed. And if the endless, over-priced merchandise and the pup-flavoured excitement at her playdates are any indication, she is not alone in her passion.

Any parent whose child has jumped on a program, a toy or a collectable bandwagon knows you’ve got to take the good with the bad.

I do enjoy that PAW Patrol is Canadian, even if it seems only loosely Canadian. You know us Canadians love to claim shows, actors, inventions and just about everything else as our own.

And the artwork and animation aren’t terrible (do I need to mention Peppa again?). I’m also good with the idea of helping others and kindness to animals. The show has managed to teach my daughter a thing or two - the other day she told me whales have sensitive hearing.

However, I do have a few questions for the producers. If only I did have the power to affect change amongst the pups of Adventure Bay…

1. Why is PAW Patrol always written with the letters of PAW capitalized? Does this indicate PAW is an acronym? If so, please tell your audience what it stands for.

2. How old is Ryder? Does he have parents? I am all for giving kids freedom and letting them make some mistakes in life, but seriously, does he even go to school or does he live in the Look-Out with a bunch of dogs?

3. How can you use the tired, old “it was all a dream” plot line more than once in the duration of your show? Come on, writers. You may be inspiring the next generation of creative minds.  Surely you can show a little more creativity.

4. One female pup on the team? Really? A one to five ratio? It is the twenty-first century, people. And yes, I realized you added Everest in Season Two, but she’s barely even a member of the team. My daughter has been on playdates where the boys insist she’s only “allowed” to like Skye, the pink-clad pup. You are perpetuating these stereotypes. Get it together!

Speaking of stereotypes, what’s the deal with Francois? This beret-clad gentleman allegedly hails from France and embodies a slew of French stereotypes, complete with an over-the-top accent and an over-inflated sense of self-importance.

Actually, I need an explanation for all the adult characters in the show, the majority of whom are complete bumbling idiots. The sea captain who often falls off his boat? The mayor who can’t seem to solve the simplest of problems without the help of Ryder’s team? Is this really the version of grown-up we want avid preschool minds to aspire to?

Um… MERPUPS! Need I say more? Terrible episode. For some reason I will suspend my disbelief to allow for talking dogs who drive vehicles and wear night vision goggles, but when those dogs suddenly sprout fish tails or start helping aliens, you’ve lost me. You were already pushing the boundaries with Santa and giant Alex, but the Merpups were definitely the tipping point. Let’s try and keep some semblance of reality.

Oh, and you know that endless repetition of songs, jingles and catch phrases? Would you mind to tone it down a bit? I know some reiteration is good for kids, but you’ve taken it to the extreme. I may never get the PAW Patrol theme song out of my head.

I will say, dear producers, for all my complaints, you have managed to temporarily steal my daughter’s heart and it looks like you will be staying around for a bit. In light of that, can I ask one more thing? Please release Season 3 on Canadian Netflix so we can at least be annoyed by new story lines? Because, no matter my view, it looks like my daughter will be there on the double.

Sincerely,
Mother of a Fan

P.S. Can you hook us up with a few front row tickets to PAW Patrol live?

RELATED: This is Why You Can't Sleep if You're a Parent

Erin Chawla: The Kiducation Learning Curve Is Your Family Really Immune to the Chickenpox?