How to Raise a Scientist (Hint: Back Off, Parents)

Make your child a STEM hero

How to Raise a Scientist (Hint: Back Off, Parents) 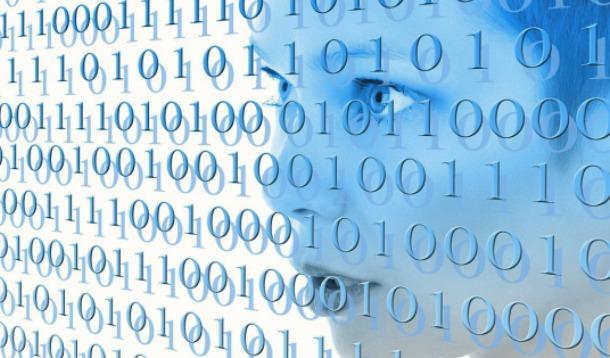 Experts agree that our kids’ future jobs will require skills of innovation, creative  problem solving, understanding of computer science and the ability to get that ever-advancing technology to work for them.

With the rapid pace of advancing inventions already zooming past us, Canada created an expert panel to look at the skills and talents required for STEM (science, technology, engineering and math) and to assess how this skill set would impact Canada’s future workforce. They concluded:

After 18 months of study, we are convinced that high-quality investments in STEM skills — in both early education and in more advanced training — are critical to Canada’s prosperity. Beyond preparing students and the labour force for a range of future possibilities, these investments appear to be one of several components required to improve Canada’s poor innovation and productivity record.
The Expert Panel on STEM Skills for the Future, 2015

Sure, there are loads of other critical skills our kids will need to be successful in the future, but there is no doubt an interest in and proficiency at STEM will serve our kids well. So, can parents foster this among our kids, considering we are preparing them to work in a world that we haven’t even conceived of yet?

I sat down with my 19 year-old niece, a charming millennial currently studying Aerospace Engineering at an impressive Ivy League school, to ask for some tips to motivate our kids in this vital area. Oh, and she just so happens to be a girl - a category that continues to be dismally underrepresented in STEM careers worldwide.

Did you always have an interest in science and engineering?

Yeah, I think so. I always remember liking STEM. When I was a kid, we always went to science centres and museums when we could. I remember when I was six we went to Kennedy Science Centre, which was cool. I think at as a kid I realized that humans are really unpredictable, but science had predictable rules. That really appealed to me.

Was there anything your parents did that fostered that passion?

Obviously my parents pushed for that stuff, but I was never forced. I mean, they would have taken me to my first Science Centre, but if I didn't like it, then we wouldn’t have kept going. I always shared their excitement. I remember we watched things like Through the Wormhole or Cosmos. My dad would tell me about things in the news relating to science, space and discovery. In 4th grade I got to go to Olympiad classes, where we learned about math in a non-classroom setting. I found fun in enjoying simple math, like understanding the Fibonacci sequence. My parents showed me how to play with math in small ways. I remember I thought it was really cool when I learned that a shape with three sides always had 180 sum, I liked that there were binding laws.

Did science and math classes at school keep you motivated on this track?

No! Well, actually before fourth grade, science class was cool. Sometimes we watched Bill Nye the Science Guy. We got to do fun experiments. We could play with magnets and stuff. After that it got so boring - it was all about learning and memorizing information. I feel like from seventh to tenth grade, we basically to learned the same thing with only a little new information added each grade. Science class wasn’t about discovering and understanding, it was all about memorizing and applying. I would never have liked science if school was the first time I was exposed it. And so far, it is only a little better in university, but I just finished first year, so I’m hoping it’ll improve.

You’ve already mentioned the Olympiad Math. What other extra-curriculars and out-of-school experiences contributed to your love of engineering?

I did Robotics for many years. I just started out playing around with Lego Mindstorms. It was cool being able to create something with own hands. It made me feel accomplished and the inventions were personal. Later, I went on to World Robotics Competitions. They were great, because I’d work in a team for six-months before the competition. We would just do a lot of hanging out, thinking of ways to solve a problem. It was way more fun than just sitting alone trying to do it. The best part with robotics is you get learn many things at once and use the ideas right away. It’s much more powerful to learn concepts in an interconnected, multi-disciplinary way than to just learn about thermodynamics [for example] in isolation.

Do you have any tips for parents hoping to inspire their kids’ passion for STEM?

Keep science and math fun. Let kids use what they are learning. Before middle school ruins science into a boring set of numbers, show kids the great ideas that Einstein, or Alan Turing or Stephen Hawking contributed. They had such a cool way of understanding universe and through that, they had the power to answer biggest questions in life. Show kids them the cool side of science and how it can be used to change things in the world.

Is there anything you think a parent or teacher should avoid doing if they want to keep kids interested in STEM?

Never make them memorize equations or just state something without fully understanding. it  Don’t make science or math concepts seem like inanimate, static rules or something that was all discovered in the past. Show them that science has an active role in life today, that it is still really exciting.

What fun things can families do this summer to foster a love of science?

Just point out science in the everyday: talk how a bike works or how seeds grow into trees. Go on a boat ride and talk about why the boat floats. I remember finding it cool to learn the stories about things like how Pi got its name or how the Cartesian coordinates were formed.  Adding the real life stories keeps science from being dry. Do things that blur the lines between science and reality. Keep science a part of real life.

For me, the subjects and skills covered by STEM are interesting and can be so fun to teach. But, as with other subjects, it is far too easy for educators and parents to fixate on imparting facts, instead of fostering playfulness and curiosity among learners. Want your kids to be prepared for the jobs of the future? Let them build things, discover things and apply what they know to life all around them - and the learning and passion will develop itself.

Erin Chawla: The Kiducation Learning Curve How A Loveable Turtle Can Help Your Child Learn