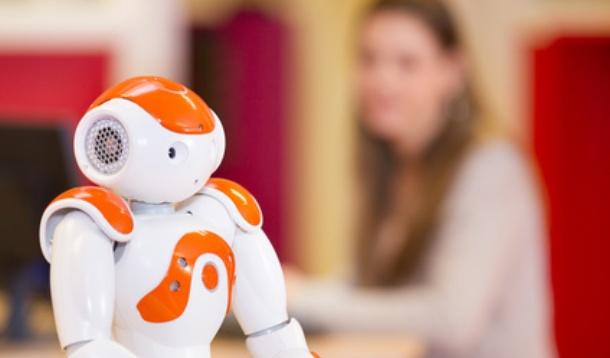 Nine year old girl Cash Cayen tried to sign up for a summer robotics program at her local library. Not only was the program advertised as “Boys only”, but even when Cash and her mother spoke to the library administration, they would not remove the biased restriction. And this was right here in Canada – a developed nation that prides itself on our inclusivity.

Luckily, Cash didn’t take no for an answer.  She took to social media to start a petition and gain support.  The signatures poured in. Eventually, the library reversed their decision and let Cash join the program.

And good on her for fighting for what she wanted – but seriously, she shouldn’t have to! Come on, people! This is 2015!

This story hit close to home.

I have an amazing niece. She just turned 18 and she has taken the world of technology by storm. She's represented her country at several World Robotics competitions and recently won a national award for Science and Innovation. She has given two TEDx talks discussing how her robotic creations can improve lives. And in the fall she will be starting her course in Aerospace Engineering at Princeton. Yep, basically, this girl is kick-ass.

Why? Because she found what she loved and never stopped pouring her hard work and dedication into chasing her dreams. She discovered her love of robotics by joining a robotics team when she was a kid. Imagine if she was told, “Sorry, no girls allowed.”

How are girls still fighting to break down these barriers? Yes, girls can build robots, be astronauts, work on oilrigs, or whatever else they want to do.  Boys can bake cupcakes, design fashion or take care of kids.This is not news.

I find it shocking that in Canada, in this day and age, a library – a place dedicated to education and literacy- would restrict a girl from following her interest, simply because she is female.

Education needs to be inclusive and kids need to have the freedom to explore what interests them, without sexist restrictions. My niece is out there – working hard to change the world and breaking down barriers in a male dominated field, like so countless women before her. But she shouldn’t have to. We’ve travelled these roads before and girls have won these battles. Decades later, and we find this generation of young girls climbing so many of the same hurdles that were knocked down by those before them. How are we letting society erect these barriers again and again?

Isn’t it time that we let our girls just focus on following their dreams, without wasting their energies carving the path to get there?

Erin Chawla: The Kiducation Learning Curve You Don't Agree With Your Child's Teacher? You Need to Speak Up.