Beware of Pet Medications Around Children

Veternarians say most cases of accidental exposure from drugs prescribed for dogs. 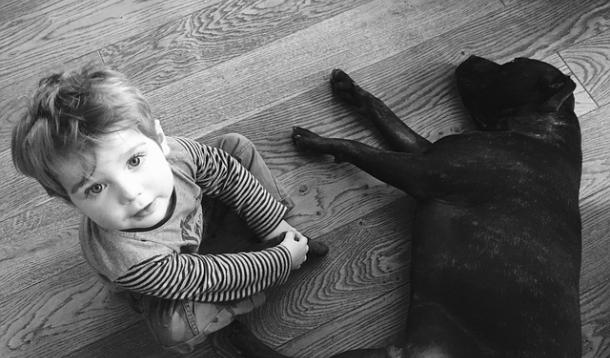 If the vet prescribes some medications for your pet, you should exercise some extra caution when giving it to them if you have young children. A study was done of pediatric exposures to pharmaceuticals prescribed for animal use in the years 1999-2013 at just one poison control centre in Ohio.

Of the 1431 calls recorded relating to children under 19, 87.6% of the calls involved kids who were 5 years of age or younger. The majority of the calls, approximately 61%, came from "exploratory behaviour" such as a child climbing on counters to reach the medicine, or searching in a bag. (Coincidentally, exploratory behaviour is how most calls come in for young kids who have gained access to prescription meds for adult humans, too.) Ingestion - swallowing - was the exposure route for 93% of cases.

It's important to note though that while the majority of cases came from children finding and swallowing the medication, there are other cases that the poison control centre had to refer, too.

Unintentional delivery occurred in 23% of cases. While the study did not have the detail to explain the circumstances in these cases, unintentional delivery could involve things such as a pet spitting out the medication and the child picking it up, a child accessing pet food that has medication mixed in it, or absorption of a topically-applied product through the skin. And misidentification was cited as the cause of most ingestion in children over the ages of 6 - that is, a child trying to take their own medicines picked up the wrong bottle.

The study recommends that children are not present when attempting to medicate the pet to reduce cases of unintentional delivery. Applying topical medications after the child goes to bed, for instance, would give the products time to dry before your child interacts with the pet. In cases where pills are administered, with or without food, it would be a good idea to take the pet into a separate room until it is certain that the medication has been consumed, so that a child cannot accidentally come across a pill that may have been spat out by the pet.

Fortunately, the study says that the vast majority of the cases (96%) had no long-term harm for the children exposed. Only two cases had moderate medical outcomes - one involving a 3 year old who ingested invermectin (oral preventative for canine heartworm disease), and a 9 year old who ingested a dose of doxepin (prescribed for dogs with psychogenic dermatoses due to stress).

To reduce the chances of a child consuming or being exposed to your pet's medications:

RELATED: Do You Know What Purple Drank Is? You Should

Lisa Thornbury When Your Child Wasn't Invited to a Birthday Party