Why Are the Anti Bullying Programs Still Failing?

With 203 15 to 19-year-olds dying by suicide that year, it was the second leading cause of death for that age bracket. 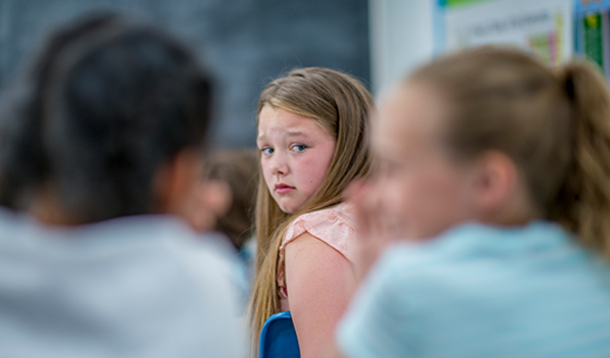 Every Tuesday, my five-year-old faithfully puts on his pink shirt for school. We talk about bullying regularly in our house, both in terms of what to do if you are being bullied, and how to not be one yourself. We follow all the expert guidelines on preventing and dealing with bullying, and we keep an open dialogue. But I am always left wondering, is it enough?

Stories like Victoria’s show that it’s not. Victoria was a 12-year-old Torontonian girl. On Tuesday, she was taken off life-support after a suicide attempt. Her death followed years of bullying aimed at a child who, according to a family friend, “never fit in.”

Her death was tragic, but not an isolated incident. In 2015 alone, 35 Canadian children aged 10 to 14 died by suicide. With 203 teens from age 15 to 19 dying by suicide that year, it was the second leading cause of death for that age bracket.

For each death, there are countless stories of children afraid to go to school or to turn on their computers. Parent groups are filled with posts asking for advice on dealing with bullying. CityTV remarks that they receive floods of letters from desperate parents seeking help for their children who face torture at the hands of other kids.

Mental Health Strategist Mark Henick states that while bullying does not cause suicide on its own, it is a large contributing factor for those who are already at risk, making the combating of bullying that much more imperative. Both schools and parents are doing their parts to try to make a dent.

But with all these anti-bullying programs in place, why is it still so prevalent? Why are our efforts failing? Henick says we are always one step behind the problem, trying to prevent suicide in bullied children instead of tackling the problem much earlier on, when kids begin to struggle, “when they’re dealing with depression and anxiety, instead of just passing that off as a normal rite of passage for youth. It’s not. Kids don’t have to struggle like that… If it’s harassment or assault, then we need to be calling it that, not just a rite of passage.”

Henick advocates for earlier intervention and diagnosis for depression. He urges people to, “talk, listen, and ask kids what they need for help. Don’t assume you know the answer. And listen.”

Social worker Audrey Morrison, MSW, believes these programs don’t work because the approach they take is too narrow. “Anything ‘anti’ is not going to have the intended effect. We need a complete shift in culture. We need to foster and grow positive climates both on and offline.”

Morrison echoes Henick’s emphasis on communication. “Lose the ‘snitch’ culture,” she says, “and make kids feel safe enough to talk about what is happening to them both on and offline. We need to raise kind kids. Adults need to be able to spot the bully in their own child as well as themselves.”

“The anti-bullying days or weeks at schools are a great opportunity for the bullies, the bullied, and the bystanders to put on pink t-shirts and rally,” shares Morrison. But in terms of making a bigger difference to the health, safety, and emotional welfare of children, Morrison stresses, “We need a more holistic, nurturing approach and a dramatic shift in our culture.”

In the wake left by the tragic loss of Victoria, another soul gone too early and a reminder of how vulnerable children really are, parents are looking introspectively at their own children. Many express their fears that one day it could be their child struggling and wonder if their children will come to them if it happens.

Others shift their focus to preventing their own children from being the persecutors. Mom of four boys, Chloe Alafriz-D’Souza, expressed her desire and feelings of responsibility to raise empathetic and kind children. “Of course, our first reaction is to protect our own. But what if our kids are the bullies? We, as parents, are responsible for putting an end to it. We are responsible for the other child being bullied by our own. We need to be aware and diligent.”

Just turning on the news is a stark reminder that the world is not always kind. People are not always kind. But the kindness is there - in the world, in people, in our children – just waiting to be fostered. My oldest son’s kindergarten teacher told me he has the biggest heart she’s ever seen. It was the most valuable compliment either of us have ever received. I want my children to be successful. I want them to be hard-working, to be skilled, to be creative. But above all else, I want them to be kind.

As we work tirelessly to rid the world of the harms that hold us back like toxic masculinity, prejudice, and privilege, I hope we will see the cultural shift laid out by Audrey Morrison.

As we stress kindness before all else, shout the importance of accepting and normalizing being “different,” and encourage communication, I hope we will see the world Mark Henick envisioned in which children feel safe to come forward with their struggles.

The programs don’t work – yet. But they aren’t total failures. They are beginning of the shift. The groundwork on which to build our solid foundations. If we keep listening to our children and asking what they need, and if we keep supporting them and educating them, it will come. I have to believe that.