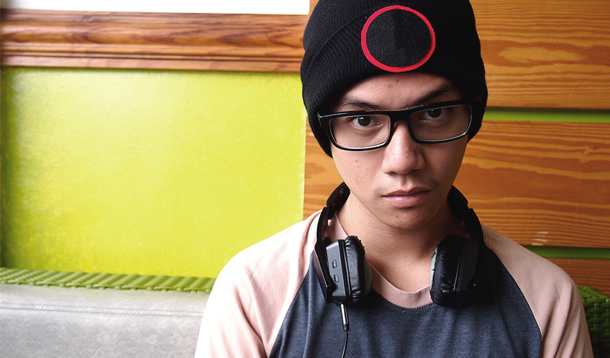 When strangers stare at my daughter, I feel embarrassed, angry, defensive, indignant. I feel all the feelings in no particular order.

It’s emotional for us when people turn to look at our kids. And when their stares linger, it’s hard to handle.

But I try to remind myself that different draws attention. It’s human nature to be curious. People aren’t generally cruel. They’re just trying to figure it out.

So last week when my son’s gaze fell upon a girl with Down Syndrome and his glance lasted a few seconds too long, and was perceived as a stare, I understand why her mother glared at him.

He looked upset after swim practice. Not only were his eyes stinging from the chlorine, he was feeling the sting of guilt because he’d upset the mother of a girl in his class.

He explained that when he got out of the pool he noticed a girl about Avery’s age standing on the pool deck waiting for her sister. He spotted a school crest on her shirt and he was trying to get a better look. We’re considering a private school for our daughter and he thought this might be the same place.

As he squinted to make out the name of the school through blurry, bloodshot eyes, the mom stared back at him.

“She was mad. She gave me a ‘Take a picture it’ll last longer!’ kind of look.” The hurt in his voice made me cringe.

“Did you say something to her?” I asked.

I hated the thought of this woman thinking my son was rude or disrespectful or unkind. I mean, this boy? He is fiercely protective of his sister. He’s been teaching people about what it’s like to have a sibling with special needs, about inclusion, about choosing kindness, for years.

This mother wouldn’t know this. How could she?

She also wouldn’t know that just recently he came to the defence of a child with Down Syndrome—a girl he didn’t even know. At a basketball camp this summer a boy was making jokes about a girl in his neighbourhood with special needs. He imitated her, trying to make the kids laugh. My son didn’t laugh. In fact, though he risked making himself the butt of the joke by standing up to this kid, he said, “Dude, making fun of people who have special needs isn’t funny. Cut it out.”

The other kids nodded in agreement. One chimed in, “Ya, not cool man.”

It may seem like a simple act, but standing up to your peers is anything but simple. I was pleased to hear that the boy making the joke was the odd man out. Look at that fellow parents; seems we’re raising a generation of kindhearted inclusive kids.

But this mother just saw a teenage boy staring at her child. Of course she would assume the worst. I would too.

My son didn’t explain why he was staring. Instead he averted his eyes, grabbed his towel, and fled.

I asked if he wanted me to talk to the mom at the next practice. He said, “Ya! I’d love it if you spoke for me and made a huge deal of it. Not embarrassing at all.”

Sooooo, apparently I’m to leave it alone. Have I mentioned how hard it is for me not to fix things?

So next week I won’t smile at the mom and introduce my daughter to hers. I won’t make small talk about how tough it can be when people stare. I won’t mention that my son, the one doing the front crawl in the far lane, is the sweetest boy with the biggest heart. I won’t tell her that he’s an amazing advocate for his sister and the special needs community in general. And I definitely won’t tell her that he wasn’t staring at her daughter in a disrespectful way.

Mum’s the word. In fact, I’ll just wait for my son in the car. That’s probably the safest idea.

RELATED: How Much Fight Do I Have to Have in Me?

Lisa Thornbury is a fun lovin’ mama, former elementary school teacher and good time seeker. She’s always up for a party, whether it’s a Lego luncheon, Barbie high tea or a raucous girls’ night out.

She writes the Yummy Mummy Club Party Mummy blog and you can also find her at www.foreverinmomgenes.com