Hypno-Birthing Wasn't for Me 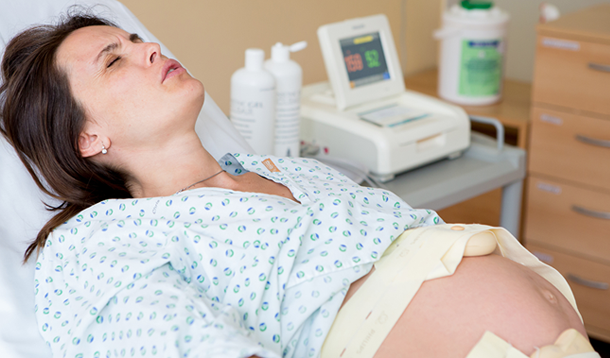 “Animals give birth without drugs all the time.”

This is what I said to my husband four months into my pregnancy, or what I now like to refer to as my ‘delusional phase.’

I had spent a week researching pain management for labour. A few years earlier, a lumbar puncture left me with a spinal headache that had me out and on pain killers for a week. If you’ve never experienced this, I don’t recommend it. My future in-laws looked after me that entire week while I was stoned on codeine. I had only met them once before.

This left me afraid of getting an epidural and risking the spinal headache without my future in-laws available to care for me. In my internet searches for pain management alternatives, I stumbled across hypnobirthing, and the more I read, the more intrigued I became.

There was story upon story about women who had given birth using hypnobirthing, I became convinced the only reason women experienced pain in labour was because we were inundated with negative stories that left us fearful.

I was hormonal, delusional, and grasping at straws. I signed up immediately.

The hypnobirthing coach was very nice, with a soothing voice, almost grandmotherly. For four weeks she walked me through self-hypnosis techniques, including using relaxing music, deep breathing, and visualization. I would imagine myself walking down a staircase, and each floor would bring me deeper and deeper into relaxation, allowing my body to do what it was meant to do.

Me getting stuck on the third floor to write out a grocery list in my head should have been my first clue this wasn’t going to be the pain management technique for me.

And yet I persevered.

During the last class my coach took a safety pin and jammed it in the back of my hand. I didn’t flinch…. outwardly. Inwardly, it hurt like a mother*cker.

A little voice in the back of my head was telling me that maybe meeting with the epidural doctor for a consult wasn’t such a bad idea, but my delusional self told that voice to shut up, I was still convinced it would work.

Fast forward eight weeks and my water broke. It was go time. I grabbed my packed bag, soothing music, and hypnobirthing book. We raced to the hospital because I was Strep B positive and needed to get on antibiotics, ASAP. We handed the nurse our eight-page birthing plan, including how I needed no pain management. I was going to hypnotize myself.

Turns out my son didn’t really feel like coming out, and after eight hours of not much happening, they brought out the Pitocin.

That’s like going from no labour to WHY IS THERE A 500 POUND COBRA WRAPPED AROUND MY TORSO, OMG, in less than two minutes.

I tried relaxation breathing. I tried imagining my staircase. I tried not to kill my husband when he put on the soothing music and rubbed my hand.

It became very clear that my staircase was not working and I needed an elevator to epidural land, stat. We called the nurse.

“But what about your hypnobirthing?” she asked.

I handed her my book and replied, “Unless you plan on hitting me over the head with this to knock me out, I’d like the epidural, please.”

Say please, because you should always be nice to the woman who can put an immediate stop to your pain. That’s a life rule, right there.

20 minutes later, an anesthesiologist put a needle in my spine, the cobra around my torso disappeared, and I was no longer plotting my husband’s death. Our son was born soon after.

My hypnobirthing book was sold at a garage sale the following spring.

RELATED: Forget Writing a Birth Plan: Do This Instead