There are Worse Words Than the F Word

These words are worse than any swear word you can ever say and truly have the power to hurt. 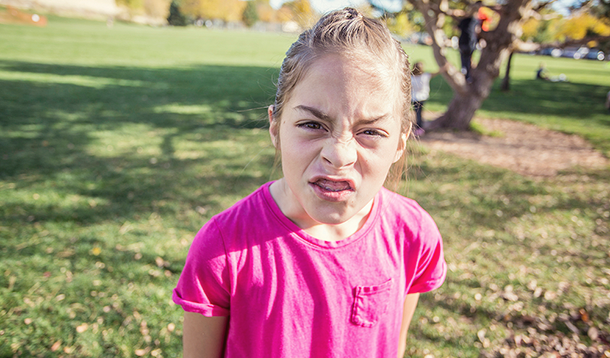 When my youngest son was three, he spent an entire year calling me a “fucken” whenever he was mad.

He came by it honestly. I have a bit of a potty mouth myself, but clearly I didn’t realize how much he was actually taking in when I dropped the occasional F-bomb.

Needless to say, it was an embarrassing year for me. This child of mine instinctually knew exactly what situation it would be most humiliating to yell out “fucken” (for the record, at the library during story time. Picture 20 shocked faces and a few moms covering their own child’s ears).

But you know what? I’m okay with my kids using the occasional cuss word, and apparently I’m not the only one who thinks so.

Timothy Jay, a professor emeritus of psychology at the Massachusetts College Of Liberal Arts, who has spent decades researching and writing about swearing, says that “it's good and healthy to let young ones express themselves.”

It’s definitely worth the read over at Digg, but in a nutshell letting your kids swear is a tool that allows them to express emotion.

Back when my older son was 11, we went on a walk. Actually, we were trying to track down my younger eight-year-old son who had disappeared with his friends right before dinner. I may have muttered a few curse words of my own that day.

While we were searching, my son said to me, “You must be damn mad.”

I gave him a side-eye and asked why he used the word damn in that sentence. He shrugged his shoulders.

“Listen,” I said. “You need to know that people will judge you for using curse words, including your friends’ parents. I’m okay with you swearing in the right context, but don’t start using swear words all willy nilly.”

From the expression on his face I could tell the little hamsters were running full tilt on the wheel in his head. Did she actually just say I could swear?

I made him list out the swear words he knew. It was the usual suspects.

“So, I’m cool with you using those when a situation warrants it,” I continued on, “But there is a list of words that I don’t ever want you to use. These words are worse than any swear word you can ever say and truly have the power to hurt.”

“That’s just a start, but I want you to remember that this list will always include any word that would make another human being feel less than.”

He nodded his head, taking it all in.

So, yes. You will occasionally hear my kids drop in a curse word here and there.

But you will never hear them making anyone feel less than.

And that’s worth the occasional F-Bomb to me.

RELATED: The Year My Toddler Spent Dropping the F-Bomb