And the things that they taught me 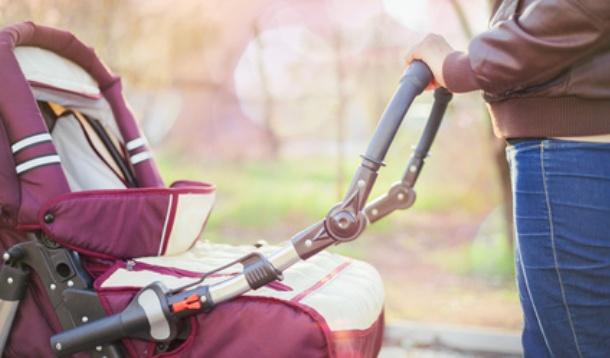 It's tough to admit painful truths about being a parent; it's hard to expose your vulnerability and imperfection in the internet era. Not only are you admitting that you've made mistakes, you're opening yourself up to criticism from others, and the internet makes things so very much more public than it used to be. But social media and social brevity are all about creating spin that isn't always true. At some level we know that photos are carefully staged and less pleasant details are carefully omitted.

Our lives aren't super shiny perfect, and hiding the less glamorous details doesn't help others who may be thinking they're suffering things alone. My life isn't perfect. I'm not a perfect parent. And it's taken me years to come to terms with aspects of these three things because I didn't know that some of this is normal for some people. Or at least, it's more common than we think.

Perhaps admitting some of the less pleasant things I wrestled with over the last decade, and the things I've learned over time about it, might help some of you find peace.

I didn't bond with my child at birth

(and I'm not the only one who hasn't)

Everything I had heard and seen described having a baby as something like "an instant rush of maternal affection." You have your baby and it's love at first sight, tears and goop and happy smiles. Movie material. And I didn't feel it, at all. My son was born, and I remember holding him against my chest with one hand while scarfing a sandwich with the other. I was more interested in the food than this baby, and looking back, it was kind of eerie to recollect how detatched I felt at that moment.

"Failing" to bond on sight is more common than you'd think. For a while I rationalized it by thinking things like "it's because of my terrible labour" (it was 32 hours of insanity and banana popsicles with narrowly-avoided medical intervention) or because we had trouble latching (we did). All I know for sure is that I spent a lot of time faking that I was a totally enraptured, doting mother of a swaddled lump because I was afraid to admit to anybody that I didn't love my newborn son. I didn't neglect my son any; I knew this tiny human was still my responsibility and totally dependent on me for his well being... but I had no more feelings about it than as if I were babysitting.

The guilt and the fear of being considered a failure? It's a real, real thing.

There's a lot going on in our bodies around birth, and stress and trauma can play a huge part in mucking with our mindsets. Also, I believe strongly that depending on the sort of personalities we are, we might not connect with people the same way. Either way, we shouldn't be afraid of seeking some extra helping hands if we're having troubles. And I learned that failing to bond at birth doesn't mean that it will never happen.

It took me about a month; when he began to react to people on his own, I began to like him for who he was. And he began to smile at me (he was a happy baby early, at just five weeks!), and I felt that "rush" and realized, hey, this is a tiny person, and he's developing a personality. And he's mine.

I have some regrets about becoming a mom

Regrets are part and parcel of life. Sometimes shit happens, and hindsight is always 20-20. But society has made it a taboo thing to talk about regrets in parenting.

There was a lot of backlash about the recent story about women who regret having children. If we were deep down honest, I'd be surprised if most women had no regrets whatsoever. We might not have full-on "buyer's regret" like some, but it's easy to think retrospective things like "If only..." It's unfair to judge people harshly for having regrets. How could parents possibly know everything there is to know about everything before they experience it firsthand? No matter how much we prepare or read or think we know, the reality of being a parent is so much more intense and there's no way to predict the full impact having children will have on our lives. There's no way to really be ready for this.

There's things I would have done differently if I had a do-over (including, I think, opting for a c-section). A lot of people say they want wait to have children until they're "financially prepared," to be in a stable relationship, or to get travel done first, but if you asked me what would be the most important thing really is before you become a parent, I would tell you that you need a strong and large support network.

I believe keenly that a lot of regrets are tied to lack of social support outside the immediate household - from family, friends, neighbours and society at large. There are times that parenthood feels like an unrelenting grind to me, and I believe it's largely because I have no family living really close by, few really close and available girlfriends, and my son's food allergies make us uncomfortable about leaving him with babysitters we don't know well. The result is that I feel cloistered, overwhelmed, and alone sometimes - especially in the crappiest parts of winter.

This isn't my son's fault or anything that I'd blame on him. It's just something that is based on a lot of factors. Fortunately, my husband has been the bedrock of the small support network I do have. I know other people, though, can't find enough support, and their bedrock begins to crumble.

We could do more to support these parents - if there wasn't such a stigma against unhappy moms and "deadbeat dads." I believe that to destigmatize it, we need to start talking about these things more; we should make it easy for new parents to find support and adult human interaction by suggesting places they will be welcome to take their children to play together for free, and that we should do more to reach out to friends of ours who seem to be suffering silently - it might be feeding into depression.

Sometimes I look at my son and think "You deserve better."

It's not a daily thing, but it's not uncommon either for little niggling thoughts to cross my mind like "I am totally not ace-ing this parenting thing" or "I hope I'm not totally screwing my kid up." These moments of doubt usually come at moments like when I've reached my utter limit of patience for coping with an 8 year old-boy  who is rolling around on the floor instead of putting his jacket on when we had to be at the bus stop three minutes ago.

I am not the lofty ideal Stepford mom. I don't keep fall bucket lists and store every piece of artwork in a memento box. I took a stab at volunteering at school for a couple years around SK/Grade 1, but haven't been involved with anything since. Sometimes I buy Oreos instead of making cookies. I can be busy and distracted and irritable - I'm that kind of person who gets self-absorbed in things and likes quiet. And I also have a strong enough sense of self that I don't believe I should have to change myself for other people just to be accepted for what I am.

I make mistakes as a parent. But does he know I love him? Absolutely. I told someone once, when they admitted that they weren't sure they'd make a good parent, that having kids actually makes you want to be a better human being in a lot of ways.

When I have a bad parenting moment (which is perfectly normal for EVERYONE) because he is having a bad moment himself, and we both get annoyed, yell, and we go our separate ways, I think "you deserve better" and I come back and apologize once we've both calmed down. We talk, and I admit that sometimes I make mistakes, and I ask him about his feelings, and I tell him about mine. And I learn a lot from him about how sometimes he gets frustrated, what he really needs from me when he does get frustrated, and how we can avoid pushing each other's buttons by accident.

My son is a super-smart cookie, and really articulate too, when we're not in the heat of the moment. In some ways, I think he's actually way better at this parenting thing than me. It's humbling and amazing to watch, and encourages me to want to do more for him.

At the very least, it keeps reminding me to tell him (especially whenever I feel less than sterling as a parent) that I love him, and there's nothing bad about that.

RELATED: Got Kids? We KNOW You Know These 6 Parenting Pains

Category:
Kids
Tags:
bad parent
stigma
shame
depression
failure to bond
yelling
am I a bad parent
parenting bad day
support for new mom
Regret
parenting regrets
I regret being a mom
women who regret becoming a mom
why haven't I bonded
is it normal
is something wrong with me
social support
Anne Radcliffe