NBC's "This is Us" Storyline is a Rape Culture Highlight Reel

they represent a dynamic in relationships that really is problematic, and far too common 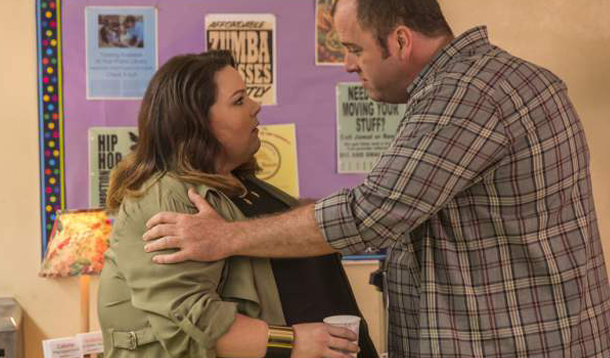 NBC’s This is Us is a wonderful Cinderella Story on paper: Reserved girl with low self-esteem meets outgoing boy who woos her, wins her over, and brings her out of her shell. Throw in some helpful forest creatures and a catchy song and you have yourself a fairytale. Toby genuinely loves Kate and wants what’s best for her.

But he doesn’t respect her.

If you watch closely, the formula for each Toby and Kate story arch is as follows: Toby makes a suggestion that makes Kate uncomfortable, Kate sets clear boundaries, Toby ignores the boundaries and does it anyway, and then because it’s television, everything works out for the best.

I don’t doubt that Toby’s intentions are good. I will even admit that sometimes his actions do help Kate in the long run. But that doesn’t erase the fact that Kate said no. She said no, Toby. Get your head out of your ass!

Is this a strong reaction to fictional characters who ultimately are in love and happy together? Maybe. But for me, they represent a dynamic in relationships that really is problematic, and far too common, particularly in women with low self-confidence.

When a person says no or sets a boundary, their partner needs to recognize and respect it. Even if they have the best of intentions. Even if they think they know what is better for them. Even if they are trying to help. A boundary is a boundary and the only person who gets to decide when it gets crossed is the person who sets it.

Toby sees the boundaries placed by Kate as speed bumps, not gates. He pressures her to let him in on their first date. He turns her treadmill off at the gym while she is using it because they have “been here long enough.” He speaks for her at the OA meeting. When she says she doesn’t want to go to an industry party, he pressures and guilts her into going. He does the same when she doesn’t want to sing for him, and then arranges for her to sing in public without checking with her first.

Pressure is a theme with Toby. He wears her down through guilt and repeated requests, and it’s not okay. Take for example the pressure he placed on her to watch the Superbowl with him after she clearly stated that watching it alone was deeply important to her. And when she did open herself up to allowing him into that world, he invited someone else into the safe space, breaking her trust once again. Even once he finds out that her sacred football ritual is rooted in something deeply personal, about which she is not ready to open up, he again pressures her to talk.

And it doesn’t stop with pressure to open up and try new things. Toby shows up places unannounced and uninvited. While his appearance at the Pearson Family Christmas is arguably sweet, though still pushing it, crashing Kate’s weight loss camp after she has expressly told him not to is bordering on abusive. Kate has stated that she needs this space for herself. She has told him in no uncertain terms not to come. Toby comes anyway, and behaves possessively of her once he gets there. There is nothing romantic about this. It is manipulative and shameful, and puts to rest any ambiguity surrounding Toby’s relationship strategies.

What bothers me most about the portrayal of Toby and Kate’s relationship is that it always ends up working out. He breaks her trust, but then she ends up better for it. Over and over. The message this sends disturbs me. It says that it’s okay to ignore someone’s boundaries and do things without their consent if you think you know what’s best for them. It’s portrayed as noble and bold, when it is actually abhorrent.

I also wonder if subconsciously, because Kate doesn’t fit the standard beauty ideal, we are willing to accept actions we might not for someone we feel could “do better.” This bothers me as an overweight woman who knows the sting of wondering if I would need to lower my standards to find a relationship.

Of course, I recognize that part of being in a satisfying relationship is stepping out of comfort zones and helping bring out the best in each other. This is usually the argument I see in favour of Toby: his methods are unorthodox, but he brings out the best in Kate. He pushes her to grow. There is some truth to this, but it still doesn’t make it okay.

My husband said it best with: “You don’t get through the walls people put up by knocking them down with force. You get through them by showing a person they can trust you enough to take the wall down themselves.”

Just once, I would like Toby to push Kate to do something, and for Kate to turn around and say, “Fuck off, Toby, I said no, and I meant it. I am the gatekeeper here, not you, and what I say about my life goes. I’ll let you know when I’m ready, until then, have a seat.”

Until that happens, I will have to settle for yelling it at my TV.

RELATED: If You Only Cared About Assault Since Having Daughters, We've Got a Problem