If You Only Cared About Assault Since Having Daughters, We've Got a Problem

I am a daughter. I have a daughter. The word “daughter” matters exactly ZERO percent to the validity of my experiences. 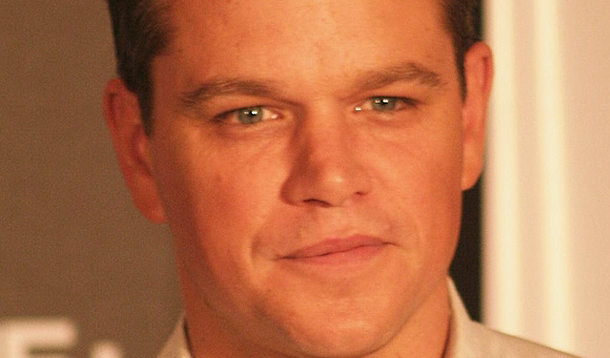 My first child is a daughter. Despite the pain levied in bringing her forth to this sometimes-shitty Earth, she did not arrive clutching a moral compass in her tiny fist. And yet for many men – many, many, oh-so-many-men – it takes the circumstance of becoming parent to a female child to ignite their rage over sexual assault. Because AS WE ALL KNOW, the phenomenon of sexual assault is a brand new one, never experienced by any woman before the Trump era.

There are people who believe this. The rest of us know fully well that 10,000 years ago, some dude named Ezboncekiel told a woman “your tits look fab in that linen garment,” and perhaps if she smiled more her father would get increased offers of marriage from higher-caliber goat farmers.

What of parents to sons? I'm at a loss imagining they're all compete assholes, roaming the earth littering ditches with coffee cups thrown from moving cars, stranding shopping carts beyond the safe barrier of cart corrals. Are they truly beasts, completely oblivious to bullshit perpetrated every single day upon women? If one reads anything online, it frequently appears that only men who’ve had daughters will proclaim their disgust with the predator of the day, using their "as a father of daughters" filter.

Matt Damon himself is a card-carrying member of the “Having Daughters Really Humanized Females” club. In regard to Harvey Weinstein, Damon commented: “As the father of four daughters, this is the kind of sexual predation that keeps me up at night.”

Because before, he didn’t even know that women were actual people.

This thinking is a whole lot of steaming and poisonous bullshit. It’s harmful and wrong and sexist and ignorant.

You have a daughter? Congratulations. I’m sure she’s the light of your life. Now, here's what should have to change in your analytical processes regarding sexual assault and predatory behavior if you were previously childless or had only sons:

You should be outraged at the thought of women being treated in an unwelcome manner, sexual or otherwise without needing pause to reflect on the gender of your loved ones.

If you’ve ever been tempted to posit yourself as a “father to daughters” when discussing assault, step back. Check yourself; you're fixing to wreck yourself. Instead, crack a cold frosty one, and gather your thinking supplies. (I like a lawn chair and some Pilsner, but you do you.) Kick back for some "reflectin' time" this weekend. Concentrate on how you can be a better person and a better ally to those below you on the life lottery social hierarchy ladder.

Maybe order a pizza because you are gonna be too busy to cook.

You want to be a good person; I know you do. Sit down on your patio or balcony or a park bench; let the lawn, the bills, or promises to help Jim clean his garage go to shit; and spend some time doing a hard mental inventory. Think of all the times you acted inappropriately, or stood by and watched bad behavior happen, or listened and said nothing while events were recounted.

I can easily count 10 instances in my own life when I was subject to a range of inappropriate behaviour from innuendo to full on sexual assault. Ten in 10 minutes. I am not an anomaly.

I am a daughter. I have a daughter. The word “daughter” matters exactly ZERO percent to the validity of my experiences.

I don't give a shit if you have daughters, sons, puppies, or the entire cast of Friends action figure collection all tucked into tiny beds in a room with hand-painted wallpaper. As a carbon-based human person, you should be concerned about female experiences without regard as to whether you sired female offspring. You should have a baseline operating default of “I hear you and I believe you” when women who are not neccesarily your wives or daughters or sisters or mothers tell you about the times they felt unsafe. You should care how women are treated at work, home, school, the gym, the movies, in line at the bank, at a swimming hole, on the bus, on our front porches, in our cars as passengers, in cars, at a party, at a BBQ, and at fucking funerals* whether or not these women are stitched to you through blood or marriage or birth.

*All places I have been made to feel unsafe, or been at risk, assaulted, or frightened by men in a sexual direct and purposeful and direct manner.

RELATED: Dear Son, You're Not Entitled to Rape